Skip to content
The night showcased some of modern-day hip-hop's most cutting-edge production. 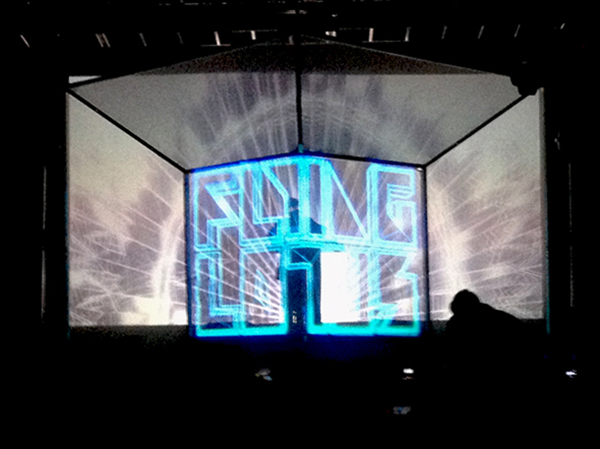 Fresh off the Coachella stage, electronic/hip-hop wonderkid Steven Ellison A.K.A. Flying Lotus brings his Your Dead! tour to Manchester. The set varies between FlyLo’s genre-bending discography, as well as various covers over other artists, including a tribute to the late DJ Rashad.

The main attraction of the night was the one-of-a-kind piece of technology developed by visual artists Strangeloop and Timeboy, dubbed the “Layer³”, to create an entirely unique audio-visual display. A silhouetted Ellison stands in the centre of the tesseract and multiple projectors are used to create the effect of truly three-dimensional visuals around him–no glasses required.

Many artists use various visual techniques to bring their shows to life, but FlyLo is just on another level here with the mind-blowing structure. There crowd were captivated by the mid-blowing graphics throughout. Aside from the excellent music being played, it was worth coming to the show just to see this marvellous bit of kit in action.

Part-way through the set, FlyLo is joined by frequent collaborator Thundercat to provide live vocals and bass guitar. A stripped-down version of the duo’s 2010 hit MmmHmm gets the crowd singing along. 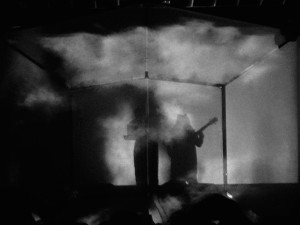 FlyLo’s rap alter-ego Captain Murphy also makes a brief appearance, with Ellison breaking out of the Layer³ to perform a medley of tracks from 2012’s Duality mixtape.

With support from acclaimed Seattle duo Shabazz Palaces and London DJ Kutmah, the night showcased some of modern-day hip-hop’s most cutting-edge production. I couldn’t help but feel bitter, however, about Friday’s Brixton leg of the tour, which is set to feature additional performances from Lapalux and the legendary MF DOOM*.

*Edit: DOOM has now pulled out and has been replaced by Jay Electronica!