Noughties acoustic guitar rock band Lifehouse have gone independent. It’s their reboot. Their new season. After taking a short break, Out of the Wasteland is the result of the personal evolution of each band member and is sonically a collage of their entire existence. Their lyrical content is as straightforward as ever, but Lifehouse has reconnected. They’ve given themselves the freedom to make what they feel, and this album is the result. 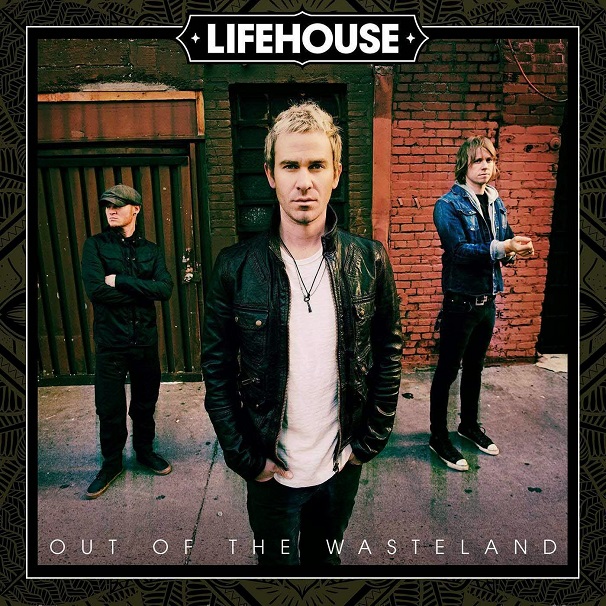 Lifehouse means an age of huge firsts for me. First crush. First kiss. First love. It was 2007 when I heard “First Time”. Their signature sound to me means playing guitar in an abandoned park at midnight with best friends, all teenagers, and we’re all just feeling everything. That’s what Lifehouse means. The simple, guitar-based sound, the emotional rawness. Songs like “You and Me”, “Hanging by a Moment”, and “Everything” became so popular because of the way they use negative space, raw vocals and—most importantly—authentic, emotive melodies.

On July 10th, Lifehouse is back with a new album and I’m eager to see what they’ve done with their fresh start. Will Out of the Wasteland put Lifehouse back in our playlists? I press play.

Oh yes. The first few seconds of “Hurricane” get me going. They bring me back to familiarity; in atmosphere not dissimilar to “Hanging by a Moment”, their first commercial single from 2001. It sounds like the Lifehouse we all fell in love with a decade ago, but just a little more experienced. We quickly roll into loud, arena sized pop in the chorus. Although I don’t feel incredibly moved by this song, when Wade shouts out, “It just gets better,” I want to believe him.

“One for the Pain” continues the fast pace so far. It sounds distant and dusty. The bluesy melody delivered in Jason Wade’s signature thick vocals makes the song and I’m thinking of tumbleweed and muted revenge. The sound production is flawlessly together, but I feel very little and honestly want something a little more undone from this album now.

The next track rolls in with soft piano and I get what was missing from the previous song; vulnerability. That open, honest emotion has always been Lifehouse’s appeal. “Flight” instantly sounds natural; it begins heartbroken and languid and builds up to triumph. “Your eyes are like lightning, your voice is like water;” Wade sings, “this place is a desert.” In its arrangement and ascending intensity, this song resembles “Everything”, arguably the track that defines Lifehouse. I get the feeling they have taken a lot more time with this album and thought harder about how to give both themselves and their audience true fulfilment. I can’t stop getting the chills.

“Runaways” is a big anthem, and it speaks of but it doesn’t punch me like I feel it should. It feels good but it doesn’t make me burst. It showcases a move away from the predominantly guitar-centric sound Lifehouse have had recently. “Firing Squad” follows the last track’s large sound and singalong chorus but betters it with more aural deepness and ambience. It’s melancholic and rainy, with rich harmonies and a broken, blue melody that compels me to sing along.

Although I’m not in love with “Wish”, I do love the way that it contrasts the previous song. This is a romantic, pared-down acoustic guitar backed by a string quartet, and offers undemanding sweetness and harmonies in under 3 minutes, although not a lot more. The next four mid-tempo tracks, “Stardust”, “Alien” “Central Park”, sound equally comfortable and unfortunately aren’t much to talk about other than plain old pleasantness. The following track, “Hurt this Way” has a more western feel and a more hooky melody, but overall sounds more like Fearless era Taylor Swift than something you’d expect from Lifehouse.

This album, however, is finally redeemed by the more upbeat “Yesterday’s Son”, which although fairly uncomplicated in composition features a fresher sound than the previous songs. It begins with soft piano tones and an open, organic timbre. Jason Wade’s voice comes through in multiple layers over silence, providing a dynamic hook that leads through the rest of the feel-good acoustic track. Next, the sensitive ballad “Hourglass” finishes the album in true Lifehouse style. Wade’s collaboration with film score composer James Newton Howard loves my ears with its slow and cinematic narrative. Jason Wade’s candid voice is complemented by the husky voice of an unknown young singer-songwriter named Jordan Whitlock. “Hourglass”’s leisurely orchestral tone brings the album to a gentle close and I can almost see the credits roll.

While the majority Out of the Wasteland doesn’t push the boundaries, I appreciate the aural diversity from song to song. This gives me the sense that the album as a whole is more noteworthy than any one song on its own, perhaps apart from “Flight”. It’s more of a montage than a unique piece. Jason Wade’s voice bears so much honesty and emotion that it’s hard not to believe what he sings. Despite that, I found that in a few songs the lyrics didn’t seem to match the overall mood of the song, making it feel somewhat hollow. Still, the recommitment Lifehouse have made to stay true to the core of their creative beliefs – and concern themselves less with conventional music business success – shines through in the easy, listenable openness of this album.

In the end, although Out of the Wasteland doesn’t compare to the likes of No Name Face and Who We Are, it is a worthy addition to the music scene that both die-hard fans and the more casual listeners can be happy about.

Ironworks/Kobalt Label Services will release Out Of The Wasteland in the UK on June 22nd, 2015.