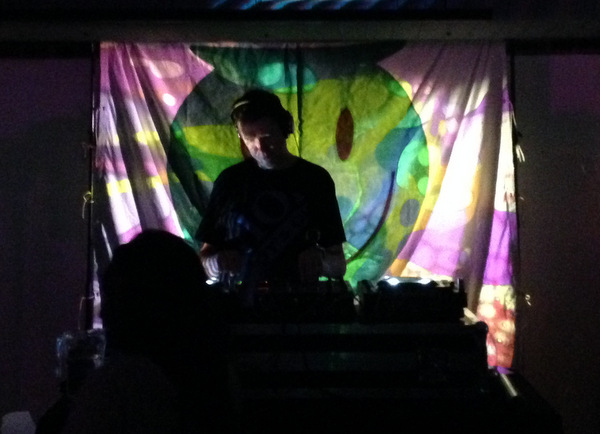 One dark and blustery Sunday afternoon, under the railway bridge at West India Docks, a four year old boy dressed as a pirate terrorises an Oyster card reader with his sword.

In the London Docklands Museum, a hundred yards up the road, a DJ is spinning tunes from the early 90s.

The dance-floor is as you’d expect, glow sticks, boys and girls running after each other.

And just like the early 1990s there’s plenty of chemicals being ingested, I see someone with a stash of white powder.

In this case, the boys and girls are literally boy and girls, babies up to four and five. And the white powder is ostensibly milk formula.

For some reason a hundred or so parents have deigned it desirable to spend this Sunday afternoon taking their newly-formeds to a mock-up 1990s rave.

The kids don’t seem in the slightest bit interested in the music. To the crowds of children stood around a table at the back pummelling play dough, the aggressive beats seem a mild distraction, as if there’s building work going on in the classroom next door.

Fit mums dance provocatively, dads shake their stomach fat, but there’s no flirting, taking your baby on to the dance floor is a clear a sign as any that you’re taken.

Yeke Yeke plays, a classic anthem for any British raver now in their 40s, but of course this is London, and there aren’t that many British people around. The London Docklands Museum is in the heart of the new city, Canary Wharf, and walking around, we’re talking western Europeans, Indians, Chinese and South Africans.

On A Ragga Tip bursts into flames, you can hear snatches of conversation about house prices, school places and the corrupting influence of hedge funds.

Some children race around the dancefloor, others sit in the middle of it eating crisps, adults step over their legs.

Sweet Harmony fills the place with the musical equivalent of sweet scent, and I see the little pirate from earlier, indiscriminately bumping other children on the head with one of several huge balls that have been released onto the dance floor.

New Order’s Blue Monday starts belting out, pummelling the many pairs of nascent ear drums. I want to say to someone ‘fucking hell, its Blue Monday!’ but its not good form to speak like that to kids and besides I’m not sure anyone could care less.

Candi Staton’s You’ve Got the Love takes me to a place when I was 16 and in serious trouble, I’m not sure I want to be taken back to those feelings, in middle class financier company, with my kids around.

They’ve gone, gone to the toilet, and all of a sudden there I am transported back twenty years. Oh shit, I remember this feeling, when all social company seems to have melted away from me, and I’m there stood against the wall, in a trance, listening to the music, wondering why I lack the basic ingredients for socialising.

Even if that means family raves.