Lonely the Brave take the York by storm on their intimate UK tour! 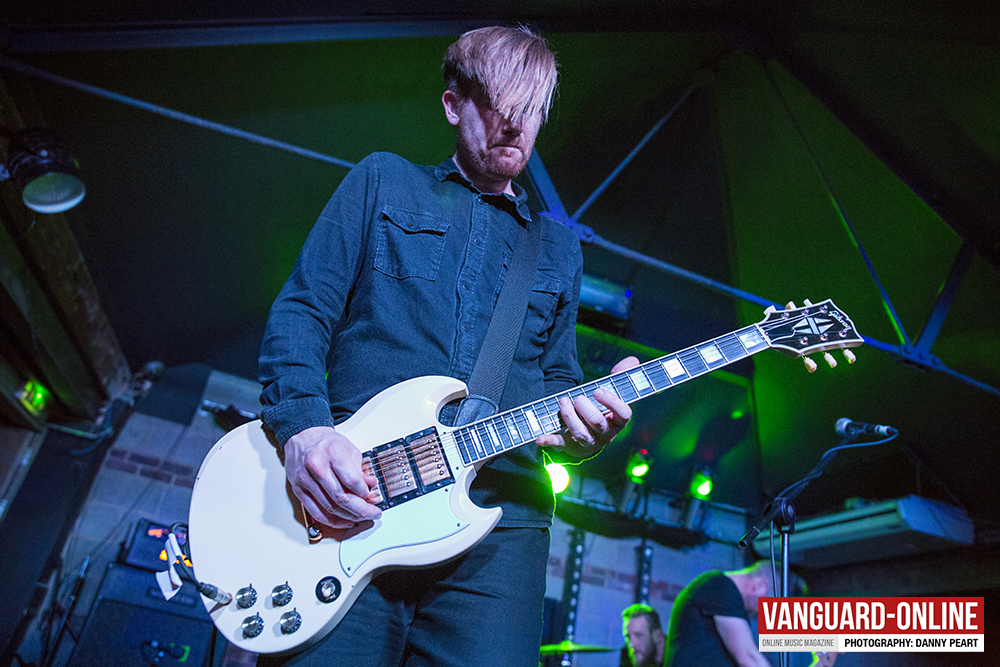 Those who made the effort to get down early to the venue for the doors tonight were rewarded with a fiery performance from the Leeds based rock band valours (7). A Call for people to come forward and get involved by frontman Jack Powell gets the main floor looking a little busier and ready for a great night of live music. It may only be a small early crowd, but a short and sweet set gets people drawn in who are just arriving, with an energetic performance throughout a full throttle set of rock filled songs such as ‘Drag’ and ‘Alien’ which are delivered confidently from a band that look tight and ready to take on everything tonight throws at them.

Hannah Lou Clark (6) takes the stage alone singing quietly over a rowdy room of chatty people, but once the set Progresses people are soon listening to its slow beautiful lyrics and guitar melodies. Well equipped with a backing track to play along to Hannah slows the night down with a solo acoustic set with a continually strong vocal performance. ‘Kids in Heat’ was a highlight from a short set, and another strong performance to get us on our way to tonight’s headliner. 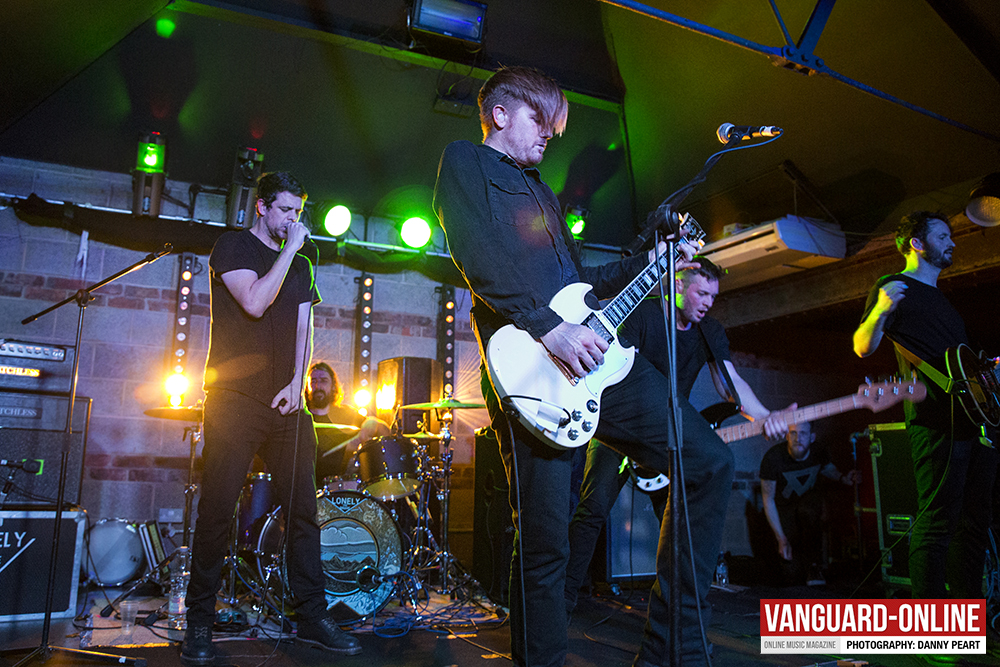 Lonely The Brave (7) have had quite the run around the UK on this tour so far, and tonight marks the ninth show of sixteen in March alone. Usually you would find with such a large tour for an up and coming band most venues would only be half full, however tonight is almost sold out and there is some hype about the Cambridge quintet as the intro plays out before loud cheers welcome the band to the stage. Fan favourite ‘Trick of the Light’ is a great way to get the show going and receives a fantastic response from the York crowd.

Guitarist Mark Trotter takes front stage, mouthing the lyrics to the crowd to get them singing along and has all the showmanship qualities that a band with an albums worth of sing along chart toppers should have. However frontman David Jakes looks a little lost lingering to the back of the stage in the dark dragging his mic stand around as he looks unconfident on stage, which confuses us as tonight he was probably the strongest sounding member of the band with a fantastic vocal performance from start to finish. The chilling ‘Dinosaurs’ was the perfect example of this as David Jakes held his voice flawlessly and really brought the song to life.

The upbeat fast moving ‘Black Saucers’ gets the night going again with its rock filled guitar riffs and pounding breakdown from drummer Gavin Edgeley, who also guides the band through the fantastic ‘Deserter’ with a confident and flowing performance behind the drum kit. 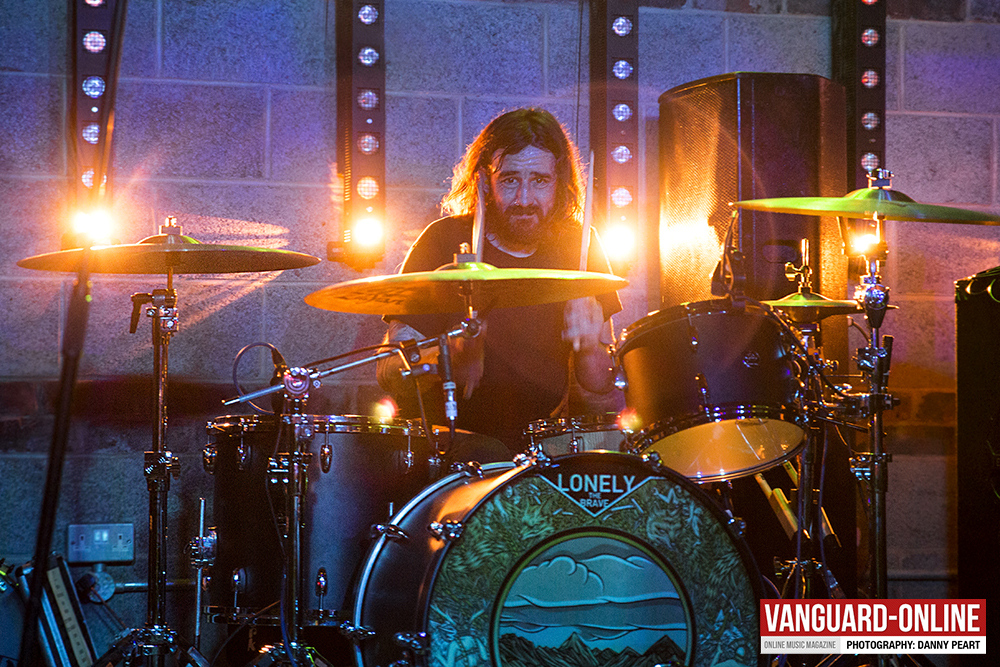 Lonely the Brave do look a little exhausted tonight from presumably a tough run on tour, but non the less sound absolutely flawless when they get into the swing of things. A moving performance of ‘The Blue, the Green’ was another highlight from the set and another corker of a song from the debut album ‘The Day’s War’ which has really turned heads since its release in September.

The night closes with a sensational performance of ‘Backroads’ with its hair-raising guitar riffs and sing along vocals to get everyone involved. Guitarist ‘Mark Trotter’ decides to take to the crowd mid song and play from the middle of the room with the crowd as York Fibbers shares a special moment singing along together with the band, before the guitarist lies flat out on the stage to cheers and applause after another fantastic show.

Although the band look a little exhausted they really performed brilliantly, and with a tour around Europe with We Are The Ocean, and another tour in May as support for Scottish rockers Twin Atlantic in some larger venues across the UK, we might get to see the Cambridge quintet grow in confidence massively as they realize their full potential before hitting festivals in the summer to announce themselves as one of the next big bands of 2015. 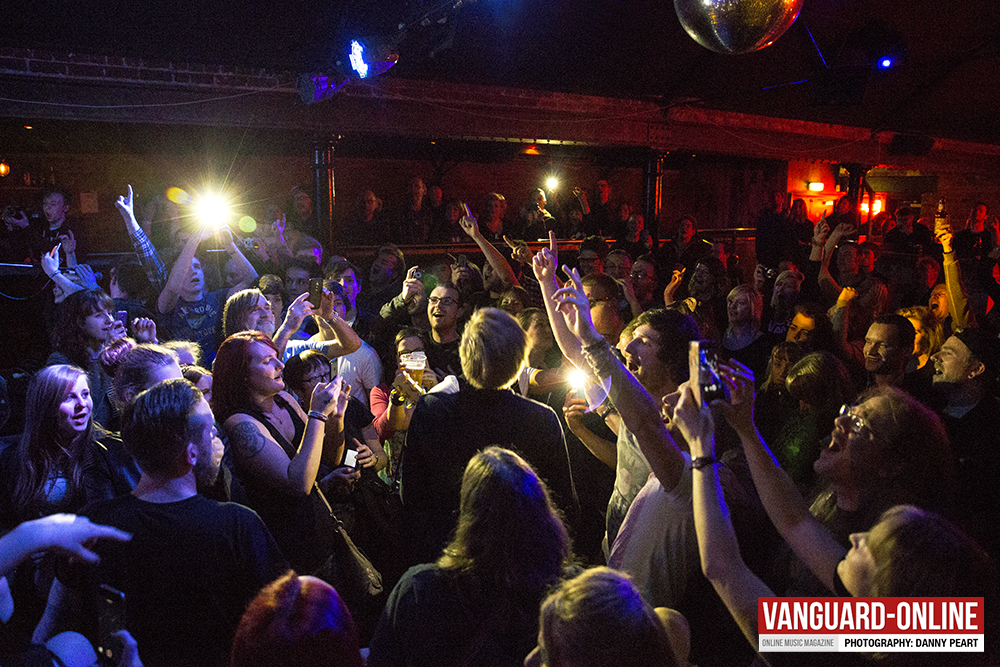 See more live shots of Lonely the Brave in our Live in Photos section here!