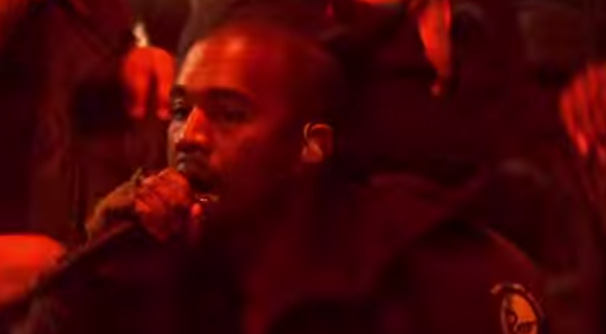 In the news this week has been the announcement that Kanye West is set to headline Glastonbury this year. True to form, ‘Ye himself was distracted by nude photos of his wife. Nonetheless, this has prompted 110,000 (and counting) people to sign a petition demanding that the Eavis family rescind this booking and replace him with a ‘rock band’. Far be it for me to suggest that 110,000 people are actually philistine jackasses, but… that’s exactly what I am going to do. Such a petition is ridiculous and I damn well hope that the Eavis family ignore it.

Let’s deal with the elephant in the room, shall we? Kanye himself. There are few people alive that can claim the honour of being called a ‘jackass’ by the President of the United States not once, but twice. Even his own friends have been embarrassed by him at times. There is no doubt that he has done some damned stupid shit at times. His interruptions at awards ceremonies are becoming de rigour with far inferior egos trying to get in on the act. Now what exactly is his crime here? He disagrees with the award given and stands up, interrupts proceedings, and says so. Who hasn’t felt like doing exactly this? I have. I have also sat at home wishing that someone would say out loud what I was thinking. If it were anyone other than Kanye, we would applaud. Admittedly, I wish it hadn’t been Beck. Beck is a pretty talented guy, and while he wouldn’t have been my choice to win, it’s hard to begrudge him the award. But what is Kanye’s crime? Caring so much that he can’t sit still?

Maybe it isn’t so much that, but the gargantuan size of his ego. Kanye thinks he is so important that he has the right to butt in. In that case, his crime is having bad manners. There are other pop and rock musicians that have a sense of self that borders on the planetary, and also plenty of artists that have staggeringly bad manners. So, why do we care about Kanye? I think it’s because he is hilarious. I am generally staggered by people taking these antics so seriously. We all know that awards ceremonies are laughable and that the winners are rarely deserving. Sure, Kanye is also guilty of taking these things seriously but that’s what makes Kanye’s outbursts all the more entertaining. However, why is it that I see it as hilarious while others think it an act of overbearing arrogance and stupidity?

Consequently, I don’t think that the problem is Kanye’s antics – instead, it is the belief that Kanye’s arrogance is undeserved. Reading the comments on change.org, a continuing motif is that he is talentless. So the mindset present here is that Kanye lacks the prestige to match his ego. But how true is this? By any measure of artistic success, Kanye succeeds. He has sold records by the bucketful; he has, on multiple occasions, topped best-of lists; and clearly has the (artistic) respect of his peers from across the musical spectrum. Certainly, so far as Glastonbury headliners go, he stands head and shoulders above most who have achieved that coveted spot over its 40-odd year history. Looking down a list of headliners, you have to go back to 2003 to find a band that has met the above criteria in contemporary terms. (Bands or artists like Stevie Wonder or Neil Young, as legendary as they are, fell out of contemporary favour long ago.)

I suspect that the principle objection to Kanye is revealed at the bottom of the petition, where it suggests that he is replaced by a ‘rock band’. On what grounds should a rock band headline Glastonbury? This point has been raised today by that paragon of relevance, Ronnie Wood. Ronnie says: “Glastonbury is the home of rock music and, look, Kanye isn’t rock… He’s a great entertainer and he knows how to captivate an audience with all his swearing, but when it comes to what that festival is about, it’s the wrong choice.” But again, is this true? As an arts festival, Glastonbury has been headlined by a variety of non-rock acts, whether it be soul, jazz or world music. It seems to me to be common knowledge that if rock is your thing, Glastonbury isn’t your festival – try Reading or Ozzfest.

Furthermore, there seems to be an irrational prejudice pouring out that somehow ‘rock’ is to be privileged over ‘hip hop’. Ronnie Wood, despite his efforts, can’t help but reveal it – ‘all his swearing’…? ‘Cocksucker Blues’, anyone? This petition betrays a regressive reactionary attitude to music that is hopelessly wrong-headed. Hip Hop and it’s kin, modern R’n’B, in the first place is significantly more sophisticated than much of what passes for rock. Secondly, it requires at least as much talent. Admittedly, different instruments – but no-one has yet explained to me why the manipulation of layers of sequencers, samplers, turn-tables etc. needs less talent than some group of sweaty white kids channeling the pub-rock of the Sex Pistols. And certainly, Kanye has done more than most in converting beat-making into an art form. There is a reason why My Beautiful Dark Twisted Fantasy convincingly topped the lists on Metacritic in 2010, and it’s not because of the haircut he was sporting that year. Finally, while Kanye is not at his most distinguished in the lyrics department, Hip Hop generally speaking is, by and large, leagues ahead of your average rock band.

This petition and the jackasses that have signed it does nothing for music in general and only reveals a lump-headed prejudice that we can live without. When we get down to the bare bones of things, it doesn’t matter how ‘hilarious’ Kanye is, is he a great artist when judged by the criteria of that art? By any meaningful and measurable standard, the answer is yes. Do you need to agree? No.

1 thought on “In Defence of Kanye”