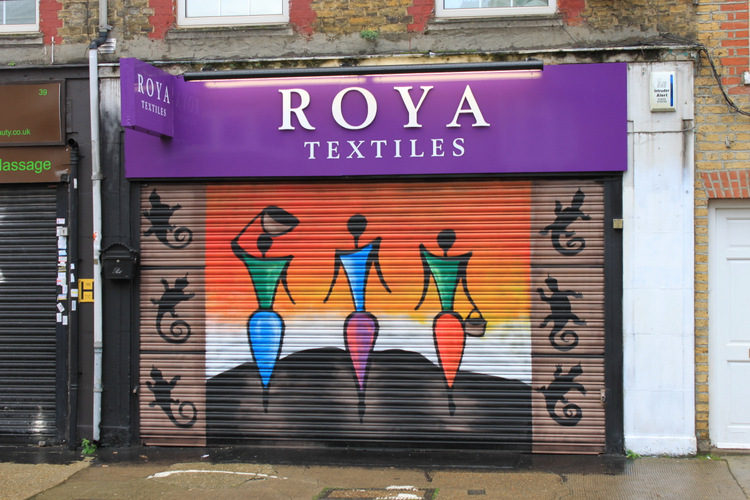 One hundred years ago Petticoat Lane was a Jewish market, closed on a Saturday for the Sabbath, but thriving on a Sunday. In those days the traders were either Cockney barrow boys or new entrepreneurial Jewish immigrants, setting up a new life in London having fled the murderous pogroms in Eastern Europe. Now the sons, daughters and grandchildren of the immigrants have moved on to the more salubrious suburbs of northern London. In their place have arrived the Bengalis, such that Petticoat Lane market and its surrounds now have a more Asian feel. There is however a significant number of African fabric shops, with very colourful wares in the front window. This piece of shutter street art is a beautiful homage to the rainbow colours of the African textile industry.