You Me At Six return with an earth shattering performance in Leeds! 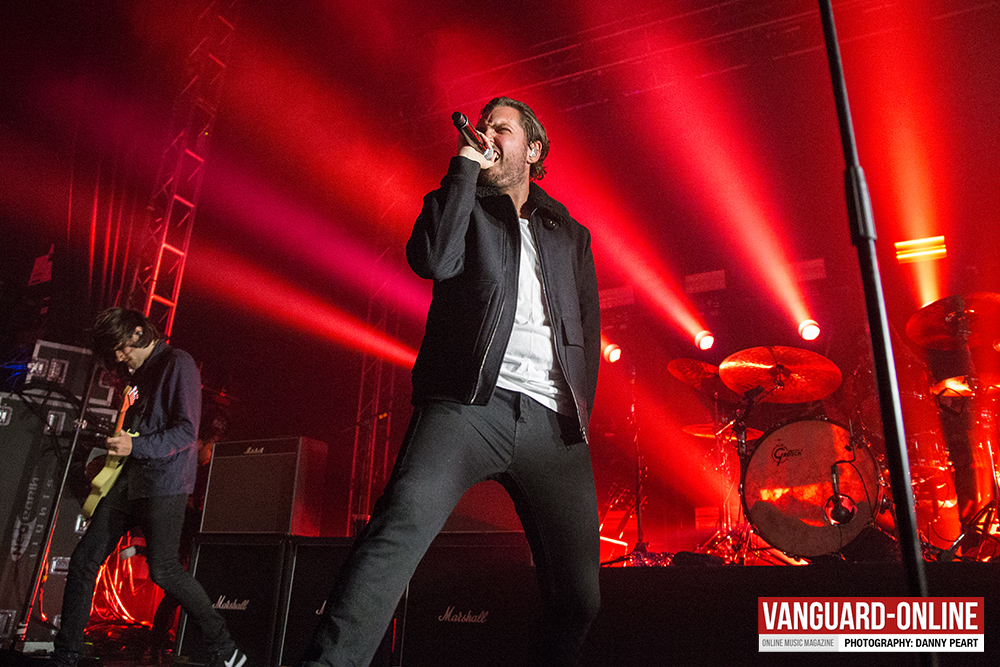 Roll back roughly a year and a half ago, You Me At Six (10) were headlining Slam Dunk Festival’s main stage in the millennium square just around the corner. The Surrey lads were celebrating their 10th year as a band, Slam Dunk Festival’s 10th birthday, and also ending the cycle of their hit album ‘Cavalier Youth’ in quite emphatic style to say the least. It was quite the celebration…

Since then You Me At Six have been hiding away in Nashville Tennessee, writing and recording their much-anticipated 5th studio album, ‘Night People’ and lying pretty low in the process. But after dropping a corker of a new title track ‘Night People’, and a surprise set at this years Reading & Leeds Festival, the lads are back in action and ready to start the next chapter of You Me At Six.

And it all starts right here… 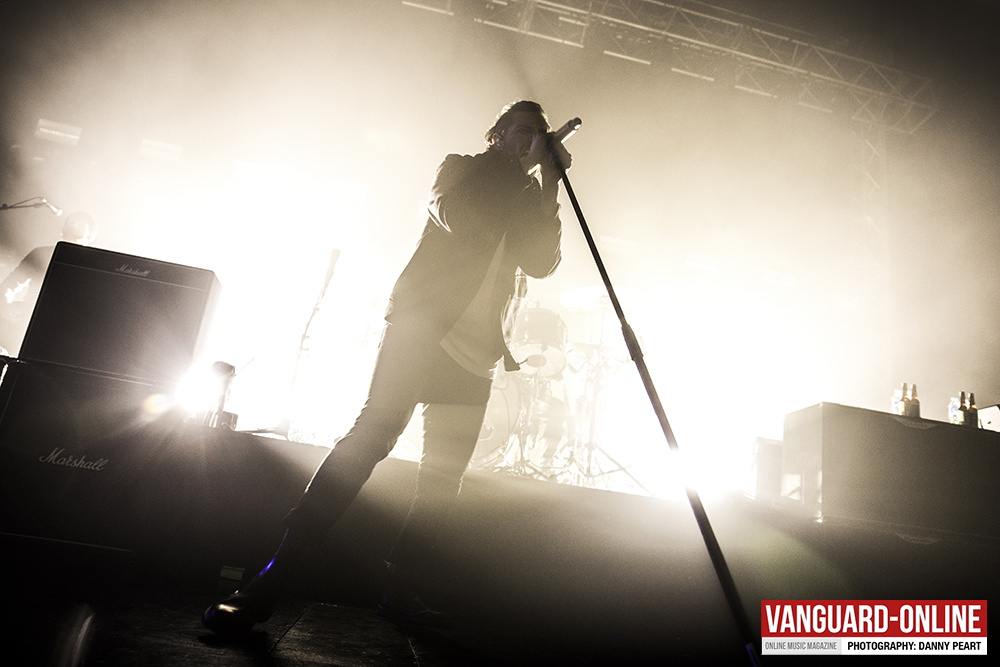 The lights finally drop, and in the blue mist drummer Dan Flint lurks in the depths of the stage as the drums lead us into the set opener ‘When We Were Younger’. The silhouette of Josh Franceschi appears to deafening screams, which suddenly stop as the front-man eases us into the set in a reserved manor. From the chilled verse and chorus, we are launched into flashing strobe lights and pounding drums, as Josh throws himself around the stage and into the fantastic ‘Bite My Tongue’ to pick up the pace.

From here, there’s no turning back. Tonight’s show is packed with furious rock songs, ballad sing alongs, and arena worthy hits that You Me At Six have brought to us over the past decade. The fact that their debut album ‘Take Off Your Colours’ does not feature in any part of the set tonight, proves that YMAS are ready to leave that chapter well behind, and make way for the next. However tracks such as ‘Underdog’, ‘Stay With Me’ and ‘Safer To Hate Her’ all feature from the follow up album ‘Hold Me Down’, and it’s clear from the response of the crowd that you can’t leave out all the golden oldies! 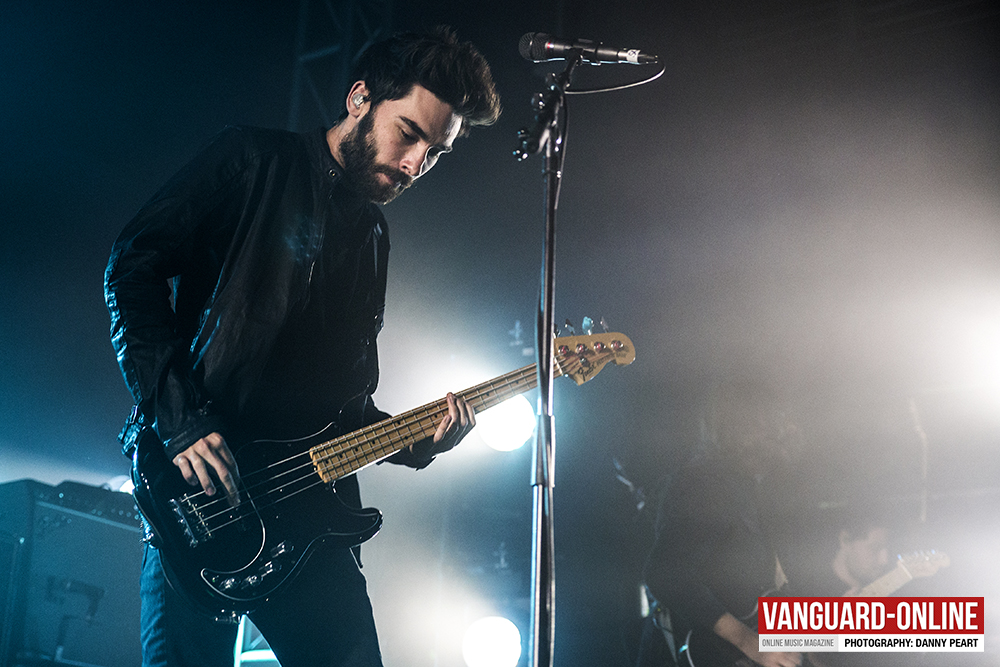 The majority of tonight’s show consists of mainly the heavier, rockier, material from their previous two albums ‘Cavalier Youth’ & ‘Sinners Never Sleep’, which could hint at which direction the band are heading in with the forthcoming new album ‘Night People’, set for release in just a few months time.

And the new tracks further prove this point. ‘ Plus 1’ has a progressive chorus with squealing guitars, immense riffs, and some gritty vocals from the front man himself. The second new track we hear tonight, and for the first time ever, is ‘Swear’. Instantly, the drum roll of the verse reminds us of ‘Loverboy’, and it leads us in to a huge chorus leaving everyone across the room head-banging whilst they listen on in concentrated silence, learning the words so they can get straight involved.

Aside the new tracks, arguably some of You Me At Six’s best songs ‘Reckless’, ‘Little Death’ and ‘Room To Breathe’ all have the crowd bouncing, moshing and crowd surfing throughout. The guys look and sound as tight as ever on stage, certainly not short on confidence, and ready to take on any stage that’s thrown their way. 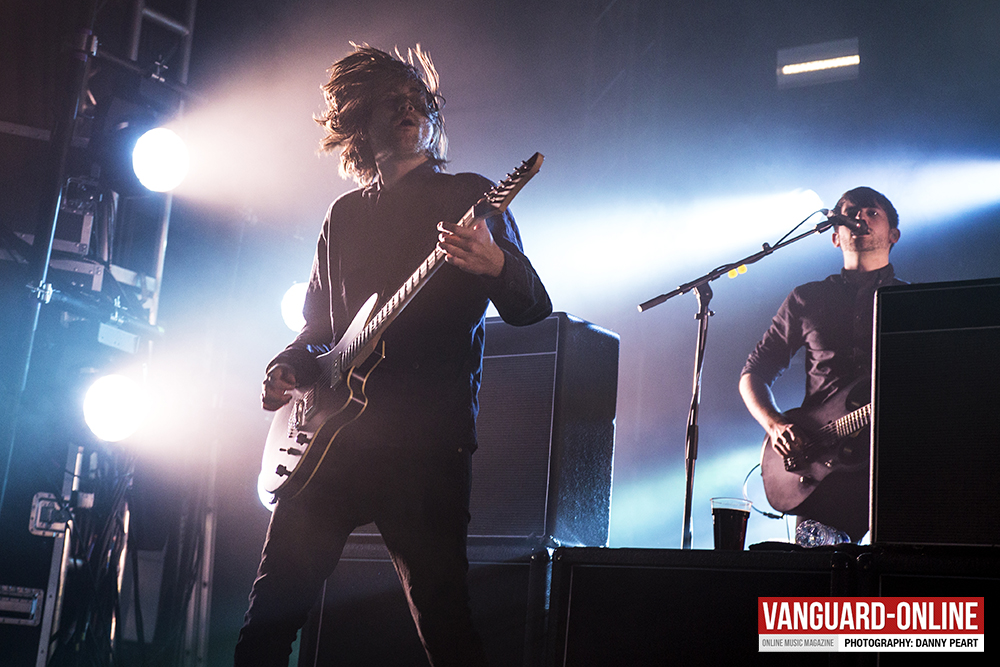 Chris Miller’s and Max Helyer’s guitars are ringing, squealing and thrashing out heavy riffs, as they fling their hair back and forth in what looks like a competition that Max is JUST edging. Bassist Matt Barnes and drummer Dan Flint carry the band through each track effortlessly, with a solid baseline and earth shattering drums that vibrate through the whole of Leeds Academy, all the way back to the bar! It goes without saying that Josh Franceschi’s stage presence is more than enough to have this eager crowd eating out of the palm of his hand, singing every lyric, and bouncing to every beat without much need of demand from the man himself.

Before we even realize, the encore quickly appears and ‘No One Does It Better’ temporarily slows things down to give the crowd a well-needed breather. But as ever these fans just want to sing along to every track, and as soon as the chorus kicks in the sound level is a solid 10 again, right through to the end where the crowds efforts are praised by Josh who sings; “Yorkshire does it better” to close the song. As you would expect, an encore of Yorkshire chants follows closely much to the bands amusement.

However it is in fact ‘Night People’ that closes the night off in style. It leaves us with the third and final new song of the night, and definitely craving to hear more from the new record. The response from the crowd is ear-piercingly loud from start to finish, and deservedly so after probably the best You Me At Six set we have ever seen (and we’ve seen our fair share!).

There is really no stopping this band, and at the moment with live performances like this, and new tracks surfacing like ‘Night People’, ‘Swear’, and ‘Plus 1’ the sky really is the limit. Now we just await ‘Night People’ to drop on January 13th with extremely high expectations, and based on tonight, we’re pretty damn sure we won’t be disappointed. 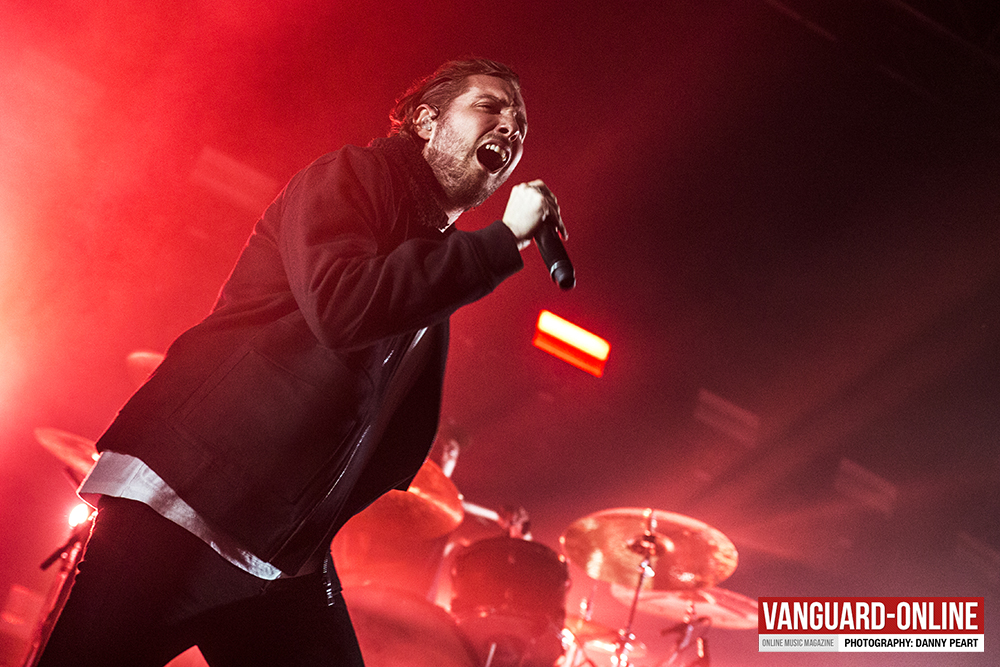