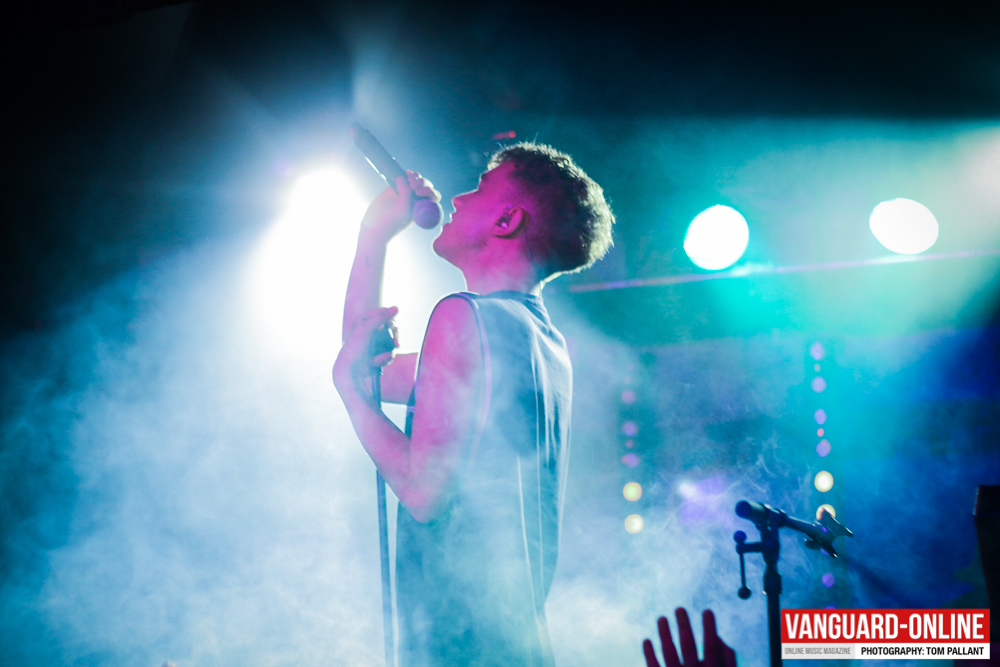 As the thunder rolls overhead and rain starts to pour down, there is already a sizeable queue outside on the street, home to Fibbers in York, by the time the doors open. The mature crowd waiting to cross the threshold into the warm are only more buzzed by the chill outside in anticipation of the Years & Years headline show taking place. 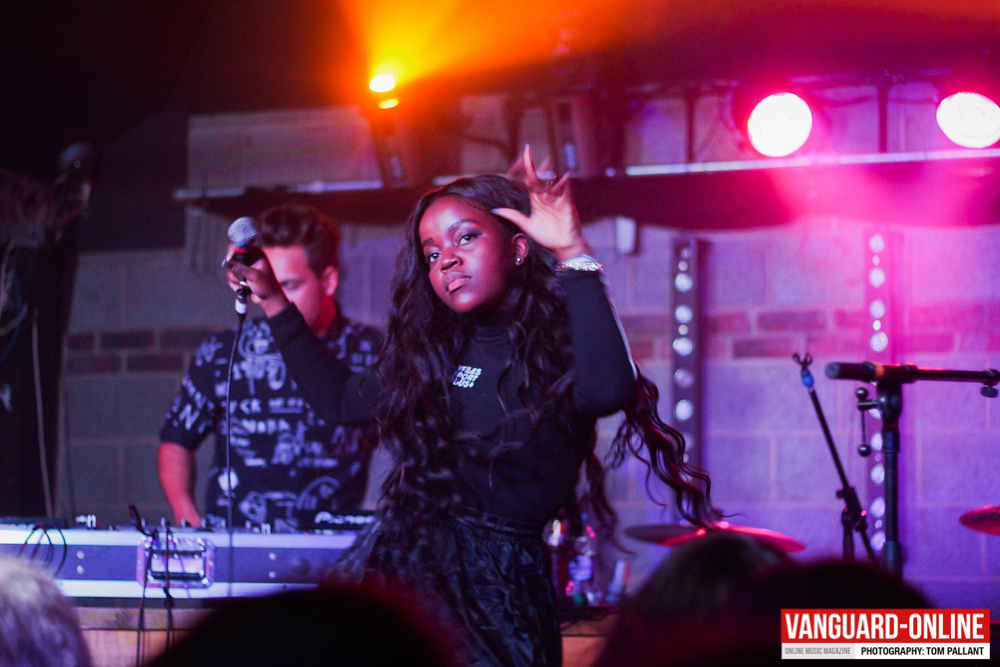 The support act Tkay Maidza takes to the stage with her DJ accomplice met with shouts from the audience. Kicking off with her catchy if somewhat repetitive ‘Brontosaurus’ she easily gets into the flow and captures the attention of the York venue. Announcing this is her “first UK show” you would only have to assume that she is more than comfortable performing having built up a large fanbase back in her home country of Australia. After a momentary difficulty part way through the set, this young aussie competently reels of the lyrics with speed that Azealia Banks would be jealous of, proving again her experience and ability for such a young artist.

As Years & Years‘ scheduled stage time approaches, the ever expectant crowd surges forward until almost everyone is struggling to lift their arms to take a drink. By now the relatively small venue is packed out, causing the room temperature to rise as everyone de-clothes to cope with the sweltering heat. As a group of concerned looking stage techs parade around, the anticipation almost becomes too much, although it is clear that there is a problem with some of the band’s gear. 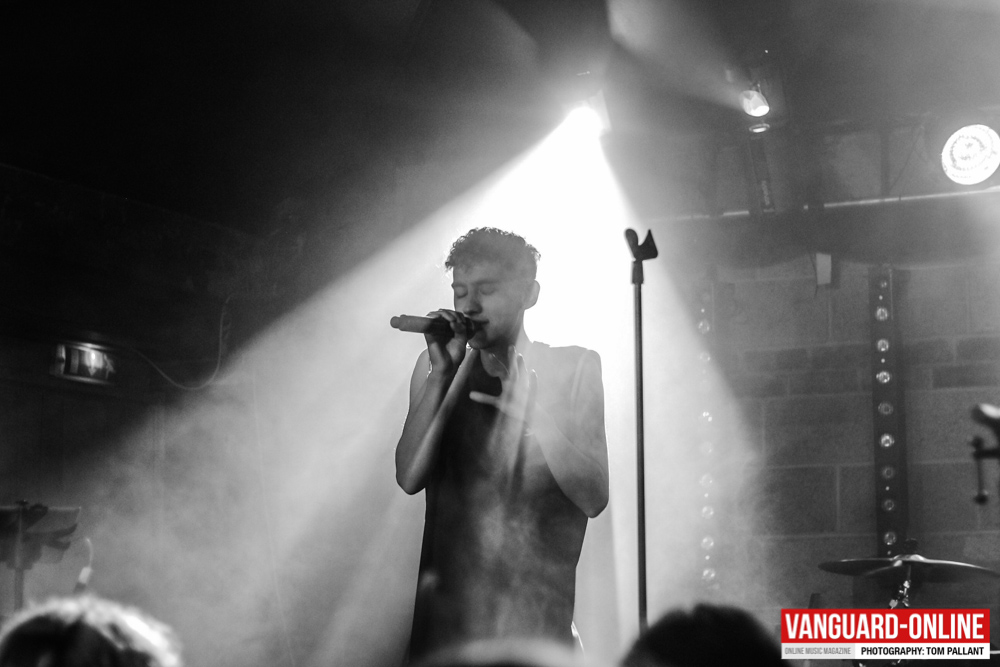 After 20 minutes the band finally emerge from the green room to a huge noise, with frontman Olly Alexander appearing moments later. Their show comes alive with their latest single ‘Shine’ as the second song in the set delivering the low key tropical vibe hit with a splash of Clean Bandit. Throughout the set the sound produced left a little to be desired with Olly’s vocal always a little too washed out by the numerous synths in the mix. Nevertheless, the band’s tight performance kept the crowds spirits alive and Olly’s cheeky and almost shy persona certainly won over anyone who wasn’t a fan before the show. After thanking a fan for bringing him the vest he is wearing tonight as he “doesn’t have any clean clothes left” the stage is engulfed in smoke, seemingly set off by an overzealous stage tech. Not phased by this, they head into another big tune ‘Desire’ forcing everyone into a synth-pop induced coma, producing vocal riff after riff in timeless fashion.

There is no doubt that this London three-piece know how to put on a show, just showing how their rapid rise to fame has been no accident, with the ability to sell out shows on their headline tours. 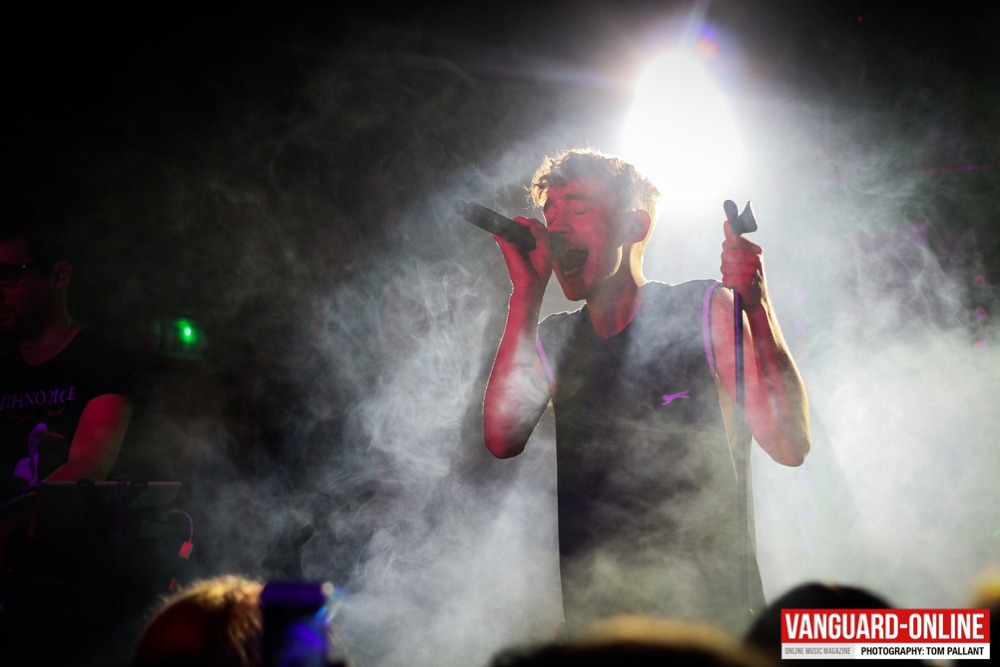