UFO have been around for 45 years and still pull a crowd, touring tonight to support their new album, one that matches the quality of those from decades ago. “Leeds has smartened up since the seventies” quips Phil Mogg as he swigs from a bottle of water. “Comes from a well – Peckham Well”. He’s on chatty form tonight and that only increases as he switches off water half way through; “we’re halfway through the set, I‘m safe now”. At 67, Mogg is the voice of UFO, a distinctive yearning voice that epitomises UFO’s melodic hard rock. Other members come and go, Andy Parker on drums being the only other member from the band’s formation and he’s been in and out umpteen times. 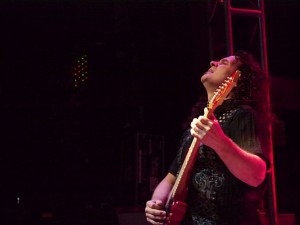 Tonight’s line-up is strong, with essential and atmospheric keyboards in places from long term on-and-off member, Paul Raymond. Pete Way is missed on bass, leaving due to health problems but the star of the show is Vinnie Moore. Vinnie has only been with the band five years but has grown his input hugely. From solid input last time Vanguard saw them, Vinnie now rips out long and soaring metal solos – Love To Love gets a solo that would probably have had its own side of vinyl back in the day. 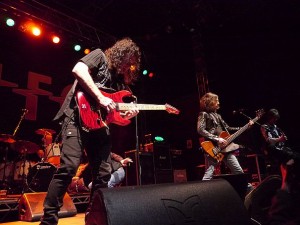 Opening with a relatively obscure song and following it with one off the last album and one off the new one, UFO declare themselves to  be more than a nostalgia act, even if the average audience member is a middle-aged man. And why not; Phil Mogg, at 67, apparently intends to keep pumping out the high-passion vocals for a long time yet. That said, you have to play the favourites and, though they lose some of the old standards to make room for the new stuff, Lights Out is the fourth song, more or less bringing the house down. Then it’s on with a new one – The Killing Kind, a strong effort, and another relatively recent one. Only You Can Rock Me gets big recognition, being off one of the best live albums ever. A heavy Burn Your House Down from the last album but one and we’re back with Cherry, a loved oldie. 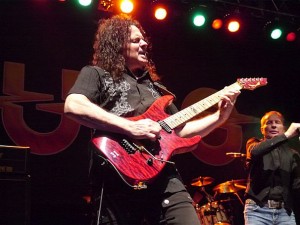 By now Phil Mogg has moved onto stronger drinks and the show threatens to become “An Evening With Phil Mogg” as he rambles and chats affably. Fortunately the band are not afraid to give him a boot back on track with a quick word or a special cymbal sound that seems to be reserved for the purpose and into Messiah Of Love, a new and gloriously silly opportunity for him to strut and wave his mic stand around. Rock Bottom gets a monstrously long guitar solo and an excellent trio slot. In an absolutely unsurprising move, the encore is two more from Strangers In The Night. First a pounding Doctor Doctor, then “our grand finale- it predates electricity”, Shoot Shoot. Guitars are strangled, crowd members play air guitar, guitar faces are pulled and Mogg punches the air. 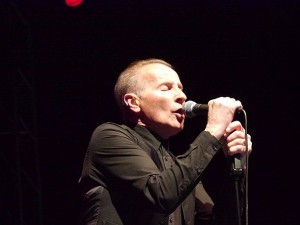 The show tonight has been all about the guitar mangling, melodic vocals and blues-soaked hard rock. No-one can argue with a band that can put on a show of over an hour and a half and half-fill it with material from the last few years. Call them surprising but dependable. 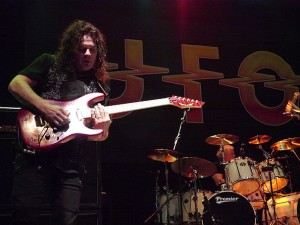