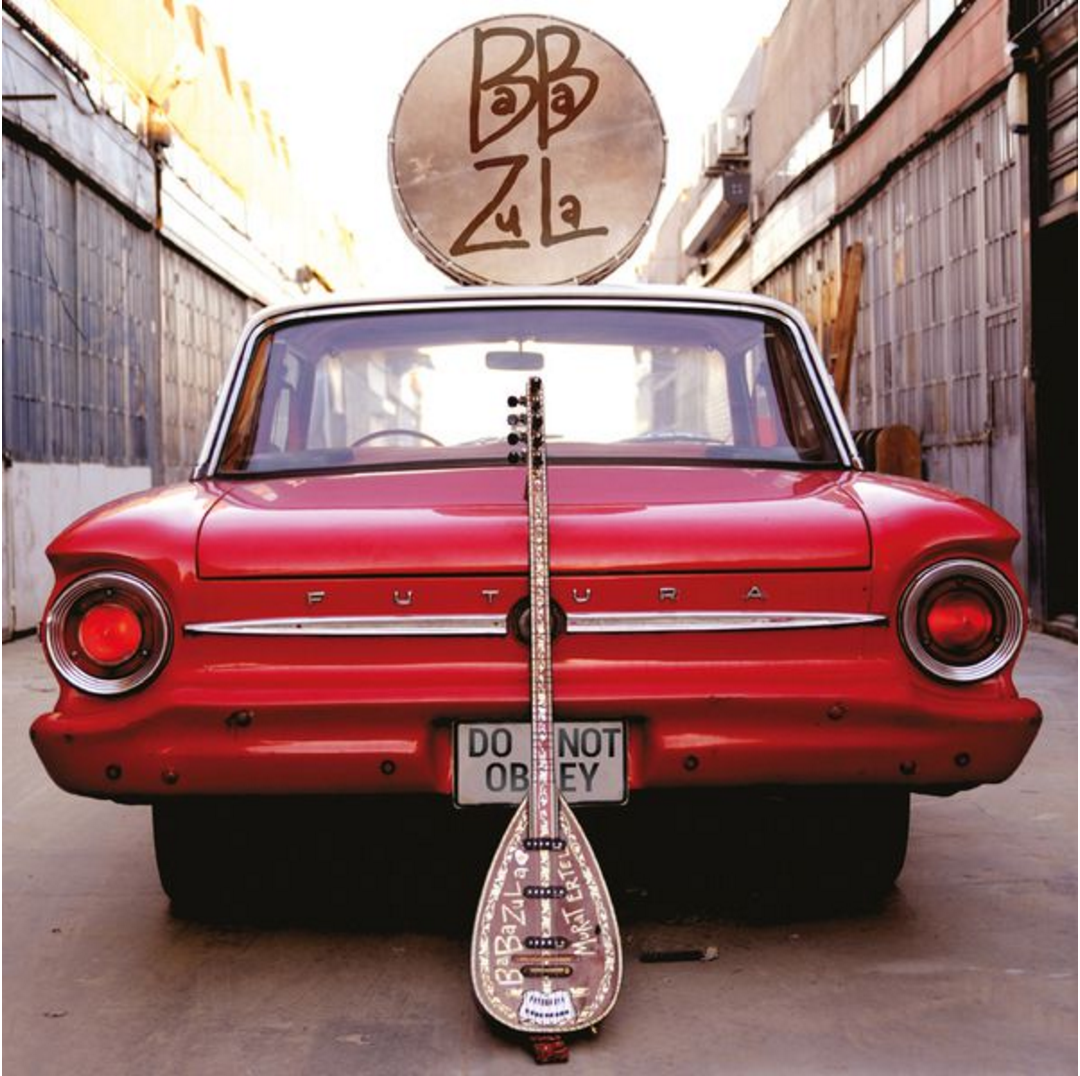 I first started listening to what I liked to think was BabaZula’s strident liberalist agenda on a train journey from London to Cardiff, that turned into a coach journey (because the bridge carrying the train across the Avon was being repaired)  in the summer of 2016.

Their album ‘Do Not Obey’ was all about me. I had arrived in London in 2003, and moving to north London and working in Tottenham, felt like I’d arrived in Turkey as much as anywhere else. I remember shopping in the local convenience store, and getting addicted to flat Turkish bread, humous (which like Keo beer is not Turkish but sold anyway because there’s plenty of Greek Cypriots in north London and business is business), black olives and baclava, a box of which I sent to a family in Spain whose house I had stayed at during the summer. I also got used to the slightly uncomfortable feeling of being called the slightly patronising misnomer of ‘boss’ by the shopkeepers. In Tottenham I remember venturing into the Ukay restaurant, and was served by a lovely young Turkish man, and his mother who looked like she hadn’t left the village or town they had emigrated from. For three quid you could get a salad, bread, lentil soup and a tea, and if you were lucky sometimes a baclava too. I remember picking up on the Turkish language, and the beautiful sounds of the language. I remember the graffiti scrawl of the MDMK or N or A or something, the communists, talk about the Turkish mafia on Green Lanes, and how Kurdish freedom fighters or terrorists were collecting money and running businesses in London. Besides all this I remember the beautiful melancholy of the Turkish music that always played in every Turkish cafe I ate at.

I got this sense of a real longing for the homeland, and yet a realisation that a life in Turkey, or Kurdistan, was just not possible owing to the harsh conditions of village life, or political oppression.

In London, on Green Lanes, the Kurdish and Turkish men have private clubs, and at the very bottom of Green Lanes, near Stoke Newington, late at night, the men from the club sometimes pile out at three in the morning, in their charity shop suits and smack the crap out of some cocky or unsuspecting drunkards (having been woken up by the ruckus I was always too late to the scene of the crime to know who started it).

Fast forward to the 2006 and Banaz Mahmod, a young suburbanite from Wimbledon, and an Iraqi Kurd, was gang raped and murdered by her own family, for wanting to take the hand of a man, who was not of her father or uncle’s choosing. Iraqi she was, but having read Ayse Onal’s book on Honour Killing in Turkey and Kurdistan, I associate Banaz with Turkey.

Then I think of Erdogan, and his Putinisation of Turkey, and the crowds of battered and intimidated women, in veils and such, that sing his praises, as he vomits his populist, mysoginist and fear driven shit. And I think of the liberal elite in the towns and cities, that try to hang on in rebellion. It was with all this context that I met BabaZula, on the bus from Bristol to Cardiff, as the night fell, and the coach we were on became wedged down a side street in Splot, in Cardiff, because the bus driver didn’t know where he was going.

Causing a thrombosis to one of Cardiff’s most offbeat streets, at an hour when there are no cars on the road anyway, and waiting for the coach driver to somehow reverse out of this situation without bulldozing several terraced houses, is not a bad time to be listening and considering BabaZula. They are a band that fascinate me, because of what they bring to all my understanding of the pains and fascination of Turkey and Kurdistan, and yet their music, generally, isn’t aesthetically appealing. There are several tracks which are trance like, chant like, all with a Turkish, Kurdish, citar like, whirling devrish like trance like sound, which are ultimately forgettable. To be honest, re-reading this I’m doing them a bit of a disservice, at times they seem to be a ‘not too bad’ Turkish version of Portishead.

Opening track on my ipod shuffle (which is incidentally the closing track on the album – for some reason my shuffle decided that I should spend the summer months of 2016 listening to the album backwards)  ‘The Legend of Resistance’, ‘Direnis Destani’ in Turkish, is not one of these run-of-the-mill tracks. There’s a hot sweat, a determination, a swearing to fight to the end, to the death, against, I imagined, mysogyny, against I imagined the fascism and cretinism of Erdgogan, for I imagined Banaz, for liberalism, for freedom, perhaps for something more militant like socialism or communism. My blood boils, I want to fight too. I don’t understand a word of Turkish, they could be singing about Mickey Mouse’s balls for all I know, but on the front cover of the album there’s a red Futura, an old Turkish guitar-like thing, the numberplate on the car says ‘Do Not Obey’, and I hear the word ‘Democracy’ early on in the song.

The only other track of merit is ‘Another World’ which again has a militant feel to it, this time with men rapping and sounding slightly menacing, so that if I wasn’t half-convinced that this band is semi-socialist, semi-liberal, I’d think they were ISIS. But this is musically appealing. It has a beautiful dirge like, subversive, and playful, tricky bassline all the way through it, menacing like I say. And mid-way through a couple of women join in and harmonise beautifully with the men, chanting something that I feel like I should know the meaning to. I sing it to myself in my own garbled attempt at Turkish imagining that it means something important.

I could of course look this band up on the internet and find out what they’re all about and get the interpreted lyrics, but I prefer what I imagine this band to be about, rather than what they are, the control freak that I am.

Reality will, ultimately, one day, hit me in the face like a fresh cod, and when I find out what all this is supposed to be about, rather than what I want it to be about, and when one day I decide to listen to the album front to back, rather than back to front, perhaps I’ll pen a second review.