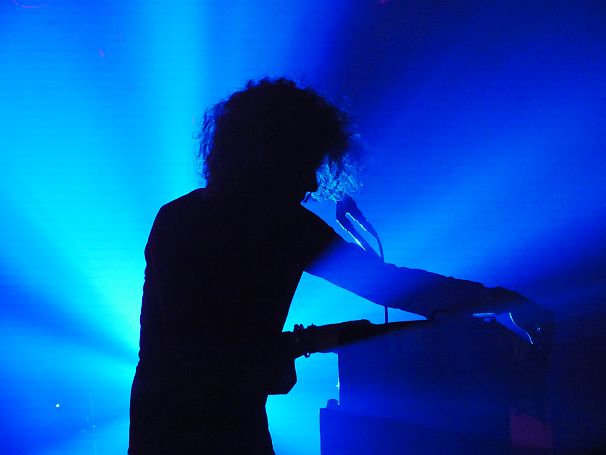 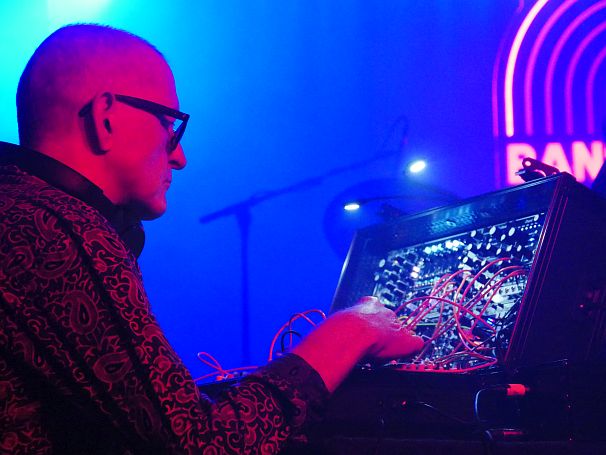 Poor old Mike, half-hidden in the dark, playing multiple arcane instruments obscurely.  He kicks off with the classic Casio VL-Tone, a pocket calculator-cum-monophonic synthesiser before moving on to two different sorts of woodwind, synth and two types of bagpipes (who even knew the world needed two sorts of bagpipes?) 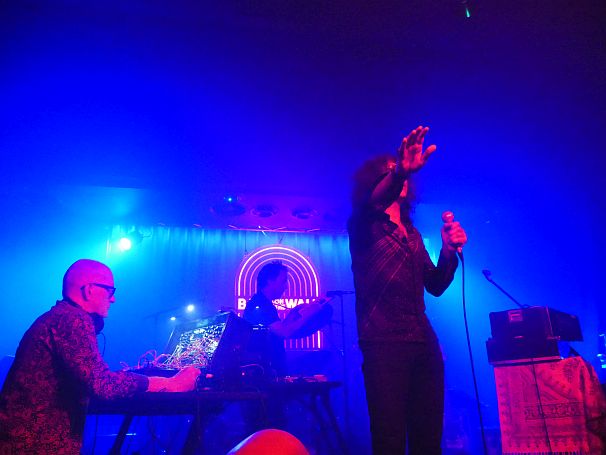 Michael J York, from Coil and The Holy Family) is one third of The Utopia Strong, a band that have between two and four albums behind them, depending how you count them, and appear to shape their live sets through improvisation. Another third is the man with the presence, Kavus Torabi from Gong and The Cardiacs, on guitar, harmonium and wordless vocals. Tall and willowy, his tranced focus draws the eye. The third slice of the pie is Steve ‘Snooker Loopy’ Davis, manipulating and scene-setting through modular electronic synthesis. Almost immobile apart from a reach to run a knob, swap a cable or adjust his headphones, he is listening intently and responding. A long-time fan of obscure music, mostly prog, he has swapped multi-coloured snooker balls for multi-coloured patch cords. Supporting the very strange French band, Magma, tonight, they get a warm reception from fellow travellers in the crowd, who are more than happy to hear a forty-minute extemporisation. So, before Magma play their Zappa-Broadway-religious-cult-mashup, things get tranquil yet interesting, ambient yet loud, complex yet made of simple parts. 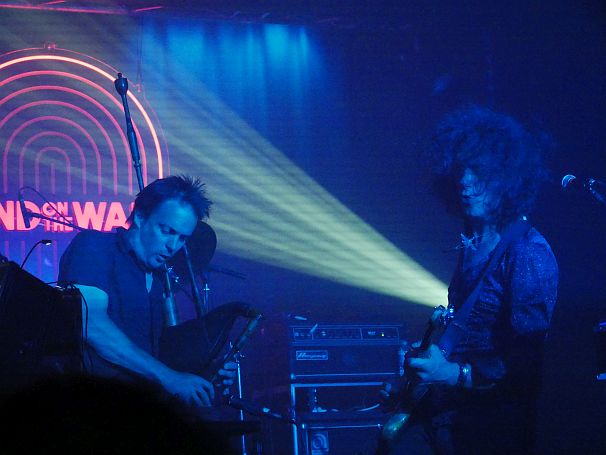 Everything is treated through the electronics and the familiar becomes unfamiliar. We see Kavus playing big harmonium but we hear something else, Kavus’ guitar is clearly being played but we hear electronic tones. It is twenty minutes before we hear the guitar sound anything like a guitar (and then we get a five-minute solo). Mike gets slightly gentler tweaking on his assorted pipes but the one that looks like a Hoover bag – who knows what that sounds like in its natural form anyway. Wordless vocals are carried as part of the tone, extensive glissando further adapts the guitar. 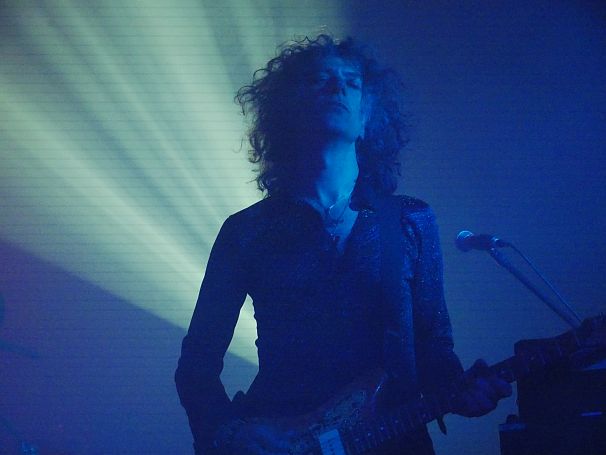 Things move gradually, developing or changing, with the trio playing off each other’s ideas and complementing them, whilst edging away from convention wherever possible. It is inevitable in people brought up on rock that beat does happen sometimes and thirty minutes in we find the band in a big loud groove and shortly afterwards, Kavus’ guitar is playing something very like the opening riff to Patti Smith’s Horses. We build and twist and before long the set is over and Kavus is telling us they will be playing live again in the Autumn. 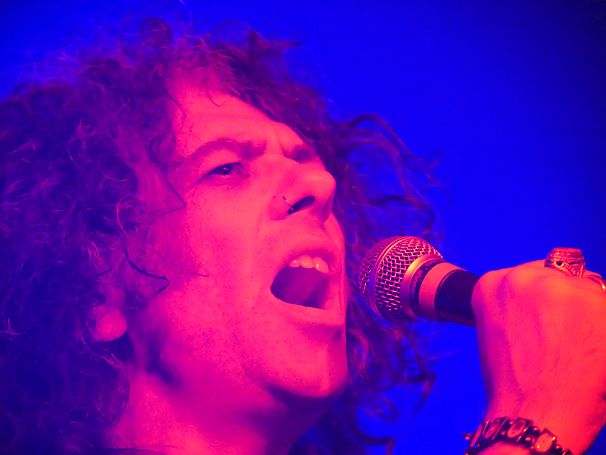 The albums are interestingly ambient in shape and structure but it is live where things really happen, where we can see who is doing what, where there are no distractions from meditative attention, and forty minutes passes very quickly with the sort of audience rapport other support bands dream of. 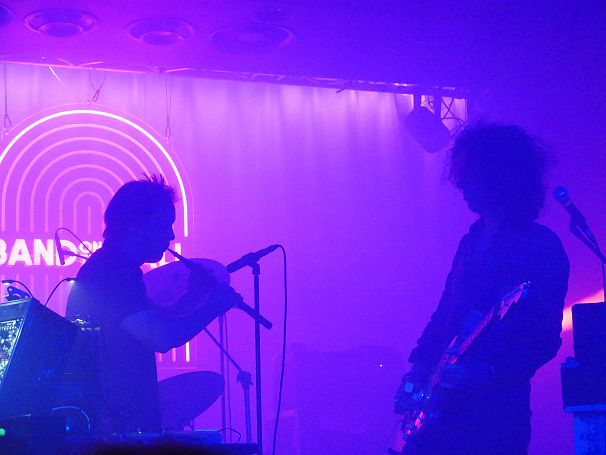 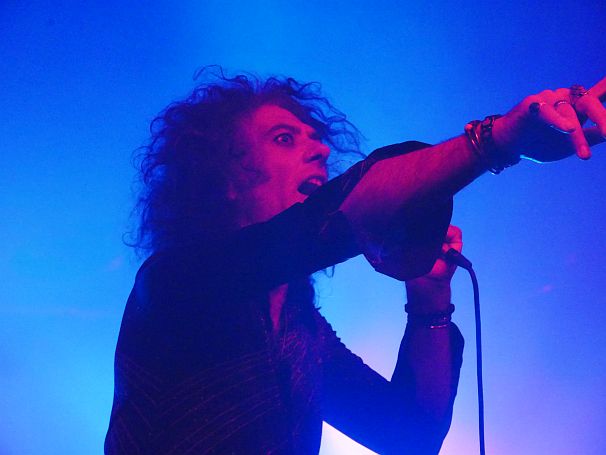 1 thought on “The Utopia Strong – Live in Manchester 2022 – “Hoover bags, patch cords and a harmonium””