Not knowing the history of the band, I wasn’t prepared for the special Saturday night atmosphere. Mostly made up of ex-members of early-noughties Liverpool band, The Maybes?, The Tea Street Band are not (as you might have assumed) a Springsteen covers band. They’ve taken elements of the lyrical lines of The Maybes? and melded in electronics (okay, they had a little of that before). What they now have is a full dance sound. There is something very New Order to songs like Sacre Coeur, as the guitar chords ring metallically and sequencers pulse. 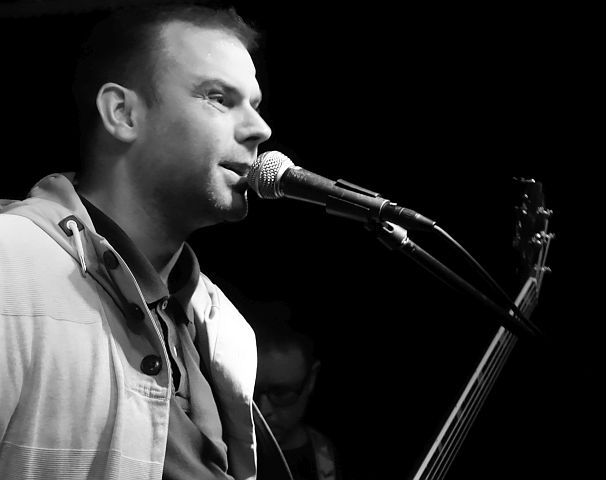 Saturday in Leeds saw the sold-out venue stuffed with incredibly pissed and friendly men in their forties and women in their best disco clobber. It was really fun once I’d got over the way that most of the men were doing their best to dance but could barely stand. One bloke kept knocking the mic stand into Timo Tierney’s face then apologising profusely. Another hugged me every time he spilt his pint. A woman did her best to seduce Nick Otaegui, finally climbing on stage to shout sweet somethings into his ear. There’s something romantic about the exile and much like the Irish  crowd you’ll get at The Saw Doctors, most everyone was there to celebrate being Liverpudlian and recapture a bit of 2000’s lad (or laddess)-hood. The band did an excellent job of making perfect music for a Saturday night – pulsing disco electronics, rich sequencer patterns, tight drumming and strong melodic structure. Sometimes it dipped deep into Moby-esque accessible techno moments that swept things up into a spiral while gentle vocals kept the pot from boiling over. It helped that waves of love rolled from the crowd onto the stage and that the band dipped back into melodic, slightly melancholic, love songs every now and then. 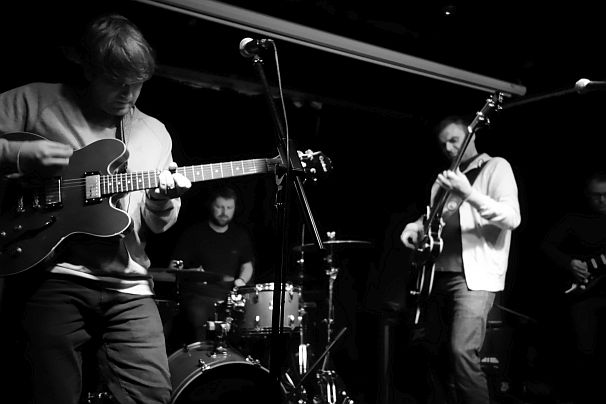 All four of the band are essential, though the drummer and lead guitarist / keyboardist are tucked away with vocal and fronting duties taken up by Timo and Nick. The result made for continuous dancing (and many spilt drinks). It was a lot like the new album but live and loud, which was what was wanted tonight and the set built to a re-working of Donna Summer’s I Feel Love, sending the audience into a frenzy, followed by ten minutes of calling for an encore that never came. 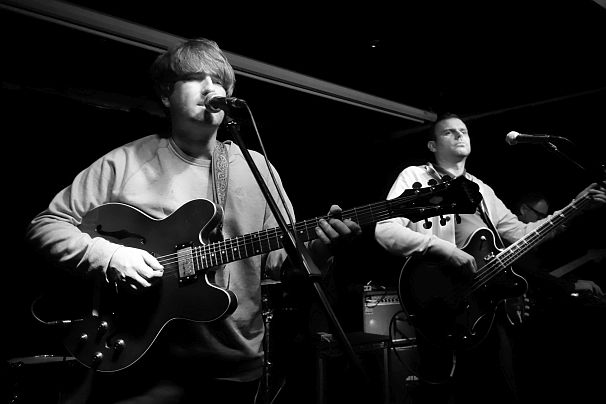 This is a band that has been attracting quiet attention for a little while and as word spreads of their blistering electronic indie gigs, that attention can only grow.