But they do it with a smile on their faces. 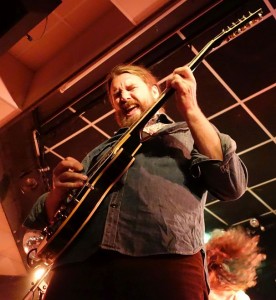 Tonight’s hour and a half was an effortlessly polished demonstration of guitar duetting; whether playing together or playing call and response, the two instruments knitted together so it sounded like one mind with four hands. This is what happens when a band tours relentlessly; their art gets perfected. That’s not to disparage the vintage sounds coming from the keyboard or the bouncing bassist and drums. We even had some pedal steel and some trombone. They do rockers but also slower, more thoughtful pieces – which is where the pedal steel comes out for Let It Roll and I Ain’t Cool, both full of shimmering organ sounds and heartfelt steel. 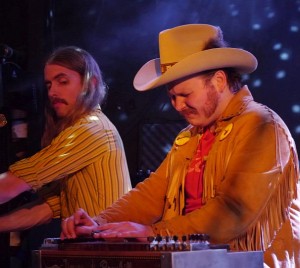 This five piece band are an astonishing Southern rock band, pumping out slices of rock-boogie with a soulful edge. They tip their hat by introducing their encore, Ramblin’ Man, as by “the greatest American rock and roll band”. And they really do sound a lot like The Allman Brothers, even down to adopting the same guitar tone. They don’t however, indulge in 20 minute jam sessions, and pack nearly 20 songs into their set. The mystery is how a Canadian band from Saskatoon, Saskatchewan adopted the musical language of Alabama but, instead of pondering that, let’s celebrate it, because tonight was a showcase for tight playing, fun and soulful music. The Brudenell crowd were grinning wider and wider as the show went on and far more than normal were gently choogling to the music. 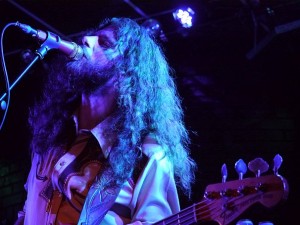 The band made themselves at home, decking the stage with carpets, a sure sign of a seasoned and laid-back classic rock band. They dressed how they wanted, from the hairy, Nudie-shirted bassist, throwing his mop of curls any which way, to the Southern moustache of Shamus, to Jimmy Bowskill’s full Western get-up (fringe suede jacket and a cowboy hat). Looking almost exactly not like a guitar hero, more like an incompetent sheriff from the Dukes Of Hazard, his face, as he threw down howling blues solos, said ‘I’m loving this and simultaneously know how silly my guitar faces are’. And we cheered him on, since the sound was magical. The use of harmony in the melodic lines, both instrumental and vocal made everything luminous in sound. 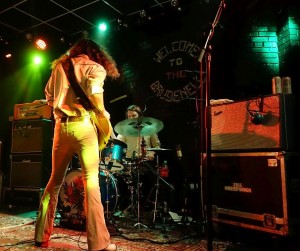 This is a band possessed of some great tunes (half the songs tonight were from their excellent Changing Colours album), polished energy, chutzpah and a deep love of a classic early seventies sound. Not only should you look out their album, but you should grab any opportunity to see this band, next out supporting Rival Sons in February and worth the ticket price on their own. 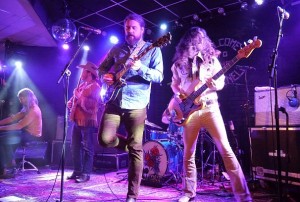 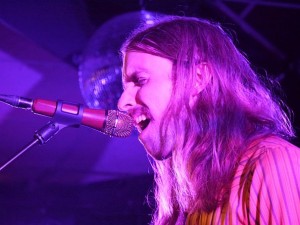 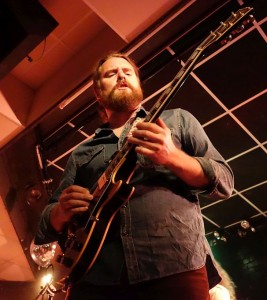