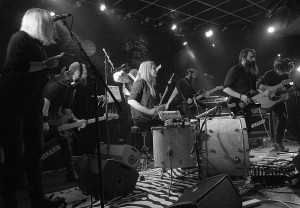 The last two albums have been cool French pop, semi-referencing all sorts of cool sixties and seventies sounds. Shadow  People is a bit more relentless than the laid-back Malamore and points the way to this live set. This live set, in turn, bears little resemblance to the albums; instead it is a drummer’s onslaught and a huge wave of sound. There are never less than three guitars on the go, sometimes four, in a monstrous wave of sound. Add in the sound of keyboards and the alternating singers and you just have to go with it. There is a Stooges simplicity to the drums. Played dead straight and never deviating for a roll or fill, the monotony is a thing of beauty. 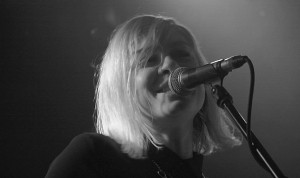 The music is intense and there are fundamentally only two song styles, yet the pressure builds and by the end many are dancing. Often, flavours of other bands are present but I can’t quite name them. Though I can name the influence on Gift, where the bassist goes all Hooky on his Fender Precision. Peter Hook played on their Garden Of Love and the bassist apes him there too. The band look the part – all in black (except the upfront drummer), alternating singers between a tall blonde woman in a black roll-neck and a Tim Buckley-looking guitarist. The guitarist at the back is loving it and flamboyantly waving his guitar as well as adding vocals and keys. The keyboardist doubles on guitar and some very strange ukulele parts. 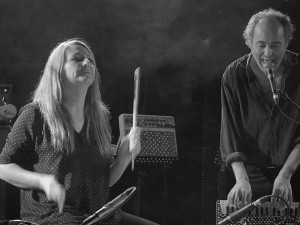 I should mention that The Liminanas are a husband and wife team, her on drums and him on guitar and giant beard. The others were a surprise and make for the spectacle on The Brudenell’s stage. She (deliberately) does nothing flashy, while he plays all sorts of effects, flanging his guitar, creating synth sounds and frenziedly scrubbing it. 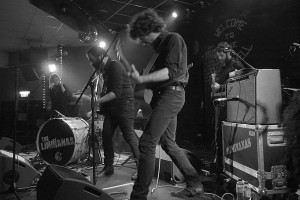 The set mixes old and new, with plenty of recent stuff. Crank was frantic. Garden of Love was cool and their cover of Can’s Mother Sky showed they are better at keeping the beat than pushing the groove. Not that that stopped anyone from moving. Motorizatti Marie summed up the nature of the evening and Pink Flamingos captured the spirit of the affair, taking the Syd Barrett-flavours of the studio track into the non-stop beat of the evening. 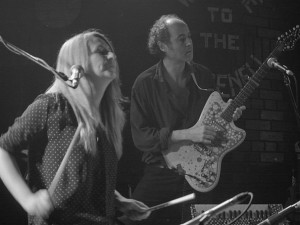 The cover of Gloria shows this is not the sort of band to build soul power. They specialise in either rising energy or relentlessness, depending on the song. This is a non-stop show. It started much later than planned but, come the normal curfew, no-on wanted them to stop and the pressure built for eighty minutes till everyone was drained and happy. 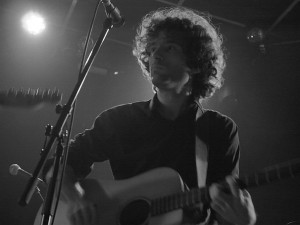 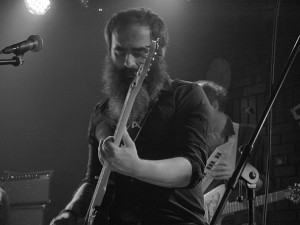 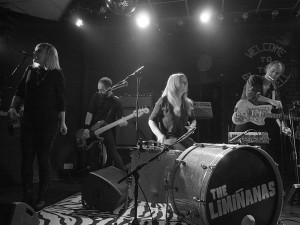