Though it opens with the sounds of the more thoughtful side of Indie and Baggy, this release has a swagger that brings seventies Stones to mind, though also nineties Manchester bands. The opener, Regular Faces, swaggers and drawls before building to a howling close. Echoey guitar and a very Indie-Goth production make for great atmosphere, keeping the louche vocals centre-stage, atop clearly delineated elements of classic rock bands of the eighties and nineties. You just know singer Francois-Gael has been at the drink and drugs stash before striding up front in leather trousers. It’s a French rock and roll thing.

Initially a duo, the other members have been, gone and been replaced, with core songwriting duties increasingly falling to the vocalist and the new version of the band blending really well into a riff machine that also knows how to slink round a ballad or go a little pop before getting hot and furious again.

Not renowned for their contribution to rock, the French have been doing well lately with UK tours from the frantically energetic Fuzzy Vox and veteran underground band, Les Liminanas. Before that, we have to go all the way back to Telephone, Indochine and Trust before we find a rock band of note. In Some Smoking Guys, we have attitude, pose and rock swing; making for a really good album. It’s all in English but Francois-Gael is more interested in feel than diction and at times it veers towards the Damo Suzuki school of elocution. And that does no harm at all. The album, including the slurring high-point of Shiny Day, is an excellent slice of rock attitude; cool and nonchalant while rocking. Everything the French are alleged to not understand.

Thanks for proving us wrong! 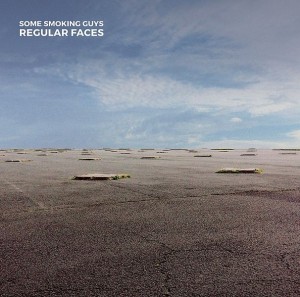