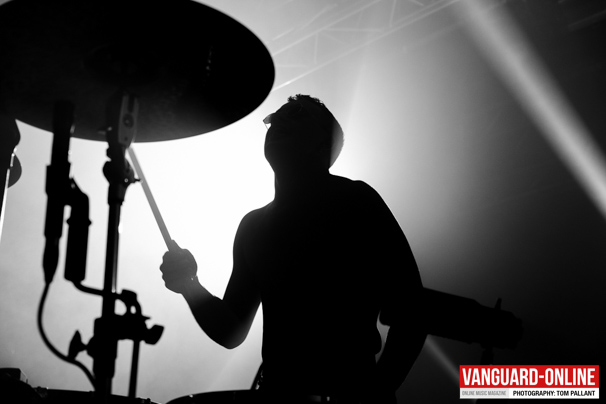 If you’d wanted to find the sweatiest, hottest, fullest venue the 12th January 2016 you’d have to have looked pretty hard to beat what was to develop at the O2 Academy Liverpool. After clambering up what seems like an eternity of stairs to reach the venues largest room, you’re met with the enormous waft of body heat causing pretty much every person who walks through the door to wince in the ever growing stench. The crowd for the Slaves show tonight is made up of a huge range of ages showing that this angry two-piece hailing from Kent aren’t just for the kids.

After a reset from the support bands to what seems like a pretty empty stage with the duo’s drums set up and not a lot else, with pure black backdrop behind. Soon enough Isaac Holman (drums & vocals) and Laurie Vincent (guitar) emerge from backstage and plough straight into Live Like An Animal cueing one of the many circle pits that would follow this evening. I don’t think I’ve ever seen such a collection of teenagers looking quite so sweaty wearing Fred Perry and Adidas than I have on the front row, and right from the outset the London lads set the bar high for the rest of their set. 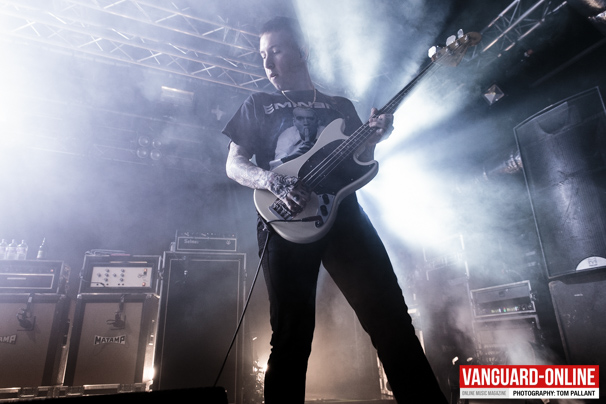 It’s only up from there, as they smash into 7AM and through my personal favourite of the evening, Sockets, causing the loudest shouting from the Merseyside crowd. As the temperature increases I can feel condensation dripping down from the ceiling above. You can see the passion on the faces of Holman & Vincent whilst onstage, both drenched in their own perspiration after the first 4 songs! This tour is the rescheduled dates of their UK tour from the end of November 2015, after Isaac broke his shoulder whilst on stage, and judging by how much they get into their live shows its not at all surprising! I’m sure everyone hear tonight will agree with me when I say that we couldn’t be happier to see them back in Liverpool. As Isaac said “Sorry it took us so long to come back Liverpool!” and I think after tonight’s show, all is forgiven.

After smashing out the instantly recognisable riff of Cheer Up London the entire O2 Academy starts bouncing to the repeated chorus lyrics as the crowd screams the words at each other faces. Mixed in with these anthem favourites, is the treat so many Slaves fans have been waiting for since the release of their debut album Are You Satisfied?, a new song entitled Hypnotise. Still drenched in the characterful Vincent guitar tones to which we’ve become accustom, the development from their smash hit first album, and Holman’s lyrical flow has only got better. 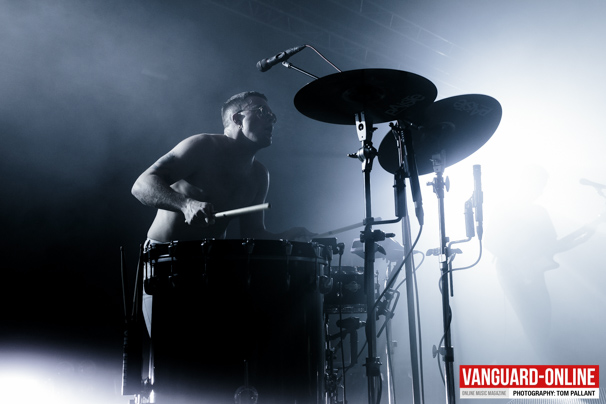 The boys give everyone a brief opportunity to catch their breath (which is definitely needed) as they strum out the acoustically driven title track from their album Are You Satisfied? It’s a shame the song’s so short. As soon as its begins its almost over sending the now thoroughly sodden crowd into another frenzy of circle pits with skinny jeans being flung over heads. Now there’s no better way to end the show tonight than with possibly their biggest hit thus far, as the guitar riff from the beginning of Hey is hastily played out met with the biggest cheer almost raising the roof off the academy. Special mention must go to the lighting designer of tonights show, who’s intricate cues, being in perfect time with the tracks, added to the atmosphere, and in no other song is it more apparent than in Hey. As the colossal breakdown approaches, the audience kicks it up yet another gear, if that’s even possible, flinging themselves about like rag dolls. Surely some bones must have been broken tonight but I highly doubt anyone cares. An outstanding return for Slaves, let’s just hope it’s not too long before they’re back here again. 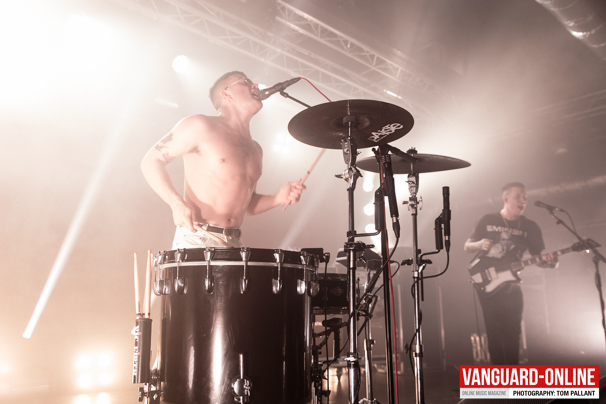