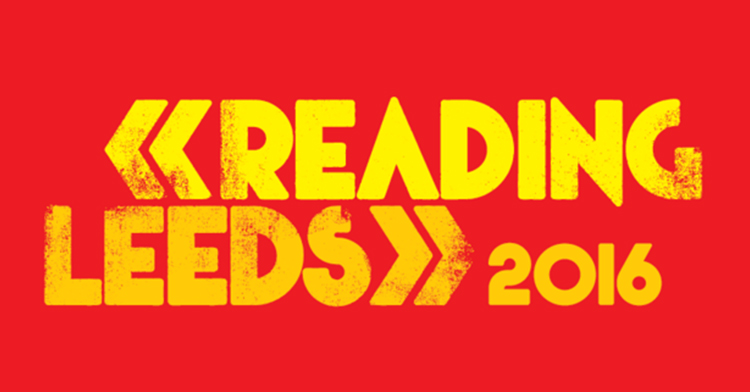 Reading & Leeds Festival 2016 has today announced the arena-sized comedians, global stars and popular club nights joining the Alternative Stage for a Bank Holiday weekend not to be missed.

Leading the comedy line up is the phenomenally talented Russell Howard who has enjoyed massive success with Russell Howard’s Good News, establishing Russell as one of the UK’s most successful comedians and a rising international star.

Bill Bailey will be returning to Reading and Leeds after his incredible performance in 2014. Known for the astounding musical knowledge that saw him become a panel show staple on Never Mind the Buzzcocks, as well as starring in Channel 4’s sitcom Black Books, Bailey will be delighting the Reading and Leeds audiences as his famous Limboland world tour makes a stop at both festival sites in August.

Joining them over the Bank Holiday weekend is an extensive array of well-known comedic figures including Radio 4 stalwart and one of Britain’s finest comedians Marcus Brigstocke. Katherine Ryan will be entertaining audiences with her razor sharp critique of pop culture alongside Well Good prankster Lee Nelson, the flamboyant flow of Russell Kane and Impractical Jokers’ very own Joel Dommett.

Further Alternative Stage appearances will come from outspoken political commentator Owen Jones who will be in conversation with Andy Parsons alongside performances from Sara Pascoe, Holly Walsh, The Boy With Tape On His Face, Andrew Maxwell, Mark Steel, Tom Deacon (Reading Only),

The Alternative Stage will also play host to a vast array of late night entertainment throughout the weekend, including a special appearance from the US hip-hop icon Grandmaster Flash who’ll be performing an explosive set at Leeds Festival only. He’ll be joined by hip-hop turntablist DJ Yoda and the impressive stylings of Rave Karaoke and Nightmares From The Discotheque for a full-throttled evening of entertainment, ensuring that Leeds will be dancing late into the night.

Masterful indie club night Propaganda will once again provide a late night euphoric disco soundtrack with special guest appearances from This Is England’s Thomas Turgoose, DJ Dan and many more, with Buttoned Up Disco also on hand with the rock, pop, punk and indie party-starters. Then be ready to travel back in time, with the unrivalled Hot Dub Time Machine bringing the world’s very first time-travelling party to Reading & Leeds this summer, taking you back on a journey through the defining hits of over 60 years of good times.

With the previously announced Kurupt FM Presents Champagne Steam Rooms and Cassetteboy vs DJ Rubbish also taking to the stage over the weekend, the Alternative Stage offers a different spin on the UK festival experience, making Reading and Leeds 2016 the ultimate festival party of the summer.

Tickets for Reading & Leeds Festivals 2016 are on sale now: 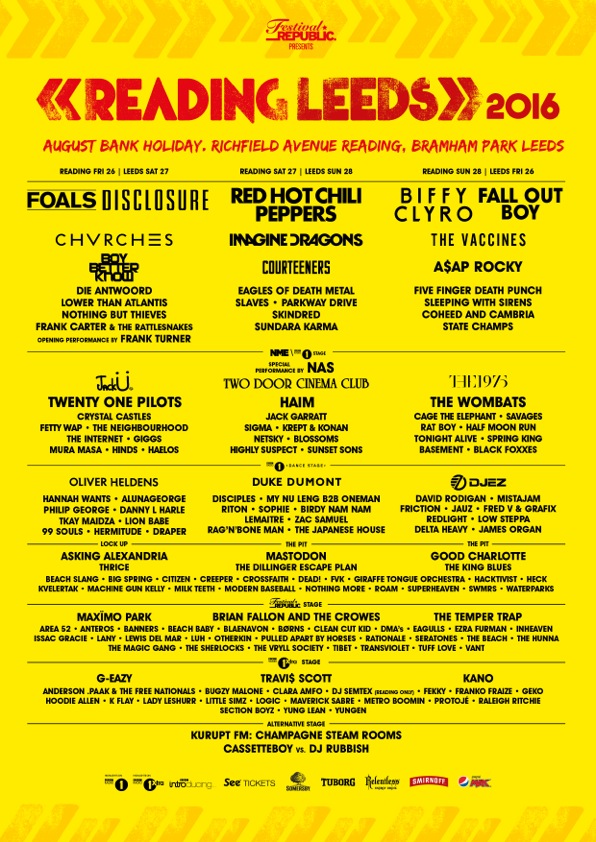