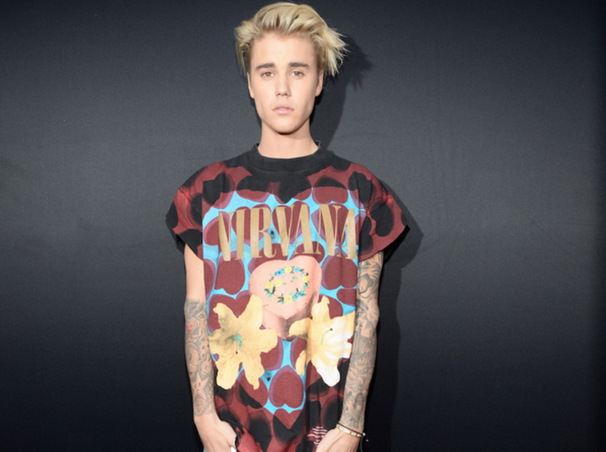 You’re casually walking around your home town, minding your own business. You pass many others wearing your favourite band’s t-shirt. That’s when you walk into your local Topshop and there it is. Your favourite t-shirt by your favourite band, advertised on a mannequin for a reasonable price. Cheaper than what you paid for it. Topshop is a massive brand that is extremely popular with the youth of today. If something sells in Topshop, usually everyone has it. Many high street stores like Topshop, H&M, Primark and many more sell band merchandise but is this a good thing or a bad thing?

Primark is well known for its cheap products and is extremely popular. They currently sell a Nirvana shirt for £8. On the official Nirvana site, the same shirt is sold for $22 which is the equivalent to £15. This can be seen as a good thing, why pay an extreme price including shipping when you can get it for cheaper at your local Primark store? However, also a bad thing. Band t-shirts being sold in high street stores cause them to be on trend and popular meaning people who actually don’t know the band, wear it.

Super fan Rasmus Holmen is the creator of the Nirvana club fan page. The website has been one of the most visited web pages for many years, especially in its heyday when it attracted a massive 15,000 visitors daily. “I don’t think buying the “modern” band merchandise from an outlet like Primark or Topshop really has any relation to the band,” he says. “I mean, if you buy a Nirvana shirt from Primark, you’re probably doing it because you think it looks ‘cool’ and there’s a good chance you know nothing about the band and the music.”

But what about celebrities who wear band shirts? And by celebrities I mean you’re a-list celebs that you 100% know have no actual clue who the band are. “Band shirts do look cool and I have no problem with even ‘non-fans’ wearing them,” says Holmen. “Except when it’s someone like Justin Bieber who has no place in music history, and most likely has no idea what Nirvana was or stood for.”

There was an incident involving Kendall Jenner and Slayer that recently became an internet hit. On the 8th of March 2013, Jenner tweeted ‘I don’t understand how some people can listen to heavy metal music.’ Then in 2014, the Kardashian hosted the MuchMusic video awards wearing a Slayer t-shirt. This grabbed a lot of people’s attention, mainly Slayer fans who slated Jenner for wearing the shirt when most likely not a fan of the band. “It’s sad that pseudo-celebs such as that clan become even remotely associated with Nirvana or Slayer for that matter. I think in those cases, they have no interest at all in the band and the music, but just wear such outfits because they think it makes them cool and trendy or whatever,” Holmen says. “In such cases, it’s definitely not super positive that the Nirvana or Slayer name is being used as a fashion statement. I’m pretty sure that the Slayer members despise those celebs and I think they have even expressed as much.” Slayer did express this. During their New York show the same year, guitarist Gary Holt was seen wearing a ‘kill the Kardashians’ shirt – Ouch!

So why do people buy merchandise if they don’t support the band? I spoke with Molly Nicholas who recently purchased a Led Zeppelin shirt from Topshop simply because she liked it. “I didn’t even realise it was Led Zeppelin at first,” she says. “I literally saw it, thought it had a nice picture on the front and it had tassels. It was only till I got home that I realised it was Led Zeppelin.” Is this a common thing for shoppers? Usually band shirts don’t have tassels and pretty pictures. They’re one colour, boring and have rubbish font. If band tops are getting revamped to look ‘pretty’, is this the reason people purchase them?

Not to mention that band merchandise is cheaper in stores than online or at a gig. Why pay an extortionate amount when you can get it for even cheaper in town? Well, if you were to purchase a top with an artist or band featured on it from a store like Topshop, the profit made more than likely all goes to the store. In 2011, Topshop started selling a tank top featuring Rhianna. A photographer that took the image of the pop star had sold the rights to Topshop, they sold thousands of the product and got every penny for it. That was until Rhianna found out about it. She took them to court for selling a top which featured her face even though she didn’t give them permission. She won the legal battle costing Topshop £3 million. “I can’t imagine many bands getting any profit from the stores. There is most likely a slight difference in the top sold through the store compared to the official one, making it their own and so they can get the profit,” says fashion blogger Carrie Hardwood. “if a true fan wants to support a band, they would pay the extra few quid to help.”

It’s no doubt that music has an influence on pretty much everything, especially fashion. I mean, would I be bothered if I saw Kim Kardashian in my favourite band (Blink-182) shirt? Probably not. If anything, this would most likely promote the band. However, everyone is different. Some people take pride in their band shirts and get offended if someone who knows very little of them wears their merchandise. Holmen definitely doesn’t sound happy about JB wearing Nirvana shirts but, each to their own.