At first the gig seems like a feminist/ LGBT night, a safe space full of comradery, with the bands having all the hallmarks. However, it’s a benefit for Greek island refugee support, never intentioned to be anything else. It is also part of the Petrol Girls tour ahead of the release of their EP release, Some Thing.

Caitlin HT started the night, with one hand on poems and the other on the trigger warnings. Her topics range from the predatory male gaze, questioning virginity, rape, self-harm and diversity within feminism. Her overall message of be nicer to each other seems to benefit a drunken man who’s been shouting “switch it off”, receiving only scowls and a shunning. Regardless, her embittered defiance and ferocity has everyone hanging off of every word.

Mortgage are tight, angry and clearly talented – it’s also their first ever gig. Without a bassist, the two guitarists create lush textures that rise up and sometimes boil over fantastically. A sense of melancholy pervades their music, fighting tooth-and-nail with the intense swell they create – all while maintaining melody and hook. They’re great now and only going to get better.

Perkie sits at her keyboard with a group of women in front of her cross-legged, like children at story time. They, like everyone else, are completely enraptured. With such a blend of authority and fragility in her delivery, it’s hard not to listen. The nuances in her voice make you feel as if a friend is telling you a secret. Her final song, “Crazy Woman” touches on her own experience of gaslighting and he set ends with a roar of sorrow and defiance.

If Perkie’s approach is to draw you in close, then Cistem Failure’s is to shout in your ear. Their words, not the banjos, are their weapons in their “mission to smash patriarchy”. The music is simple and the lyrics are easily remembered and sung back, as most of the crowd does. Like punk pamphleteers, they have their lyrics as merch, as well as crude CD-Rs wrapped in newspaper and daubed with black marker. Emili it seems has no desire to stay in her pigeon hole:

“We should start taking our space in the music scenes that we love and not just stay in one off feminist show categories – our music should be celebrated because of what we do, not because of who we are and how we identify.“ 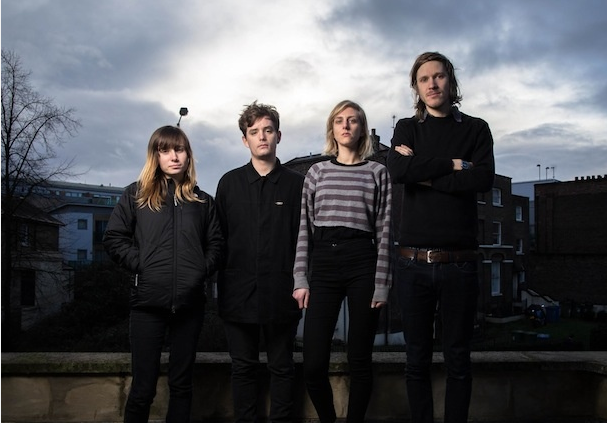 The bands have been curated to compliment each other and now the ideas of feminism, protest and liberty coalesce into a thunderous ball that is Petrol Girls. The crowd is packed around the band, hugging them to the stage. Petrol Girls are tight, deliberate and raging with intent. More than just a hardcore band, their music is rich and layered, full of different influences dynamics and texture. The guitarist uses different tones, from warm reverb to thick distortion and the drummer’s solid flare underpins everything, creating a firm canvas for the band. For some songs, frontwoman, Ren, plays guitar and her voice is at times soulful and bright but she is at her best when throttling the mic, thrashing around and screaming unhindered.

Ren speaks passionately bout her lyrics and the issues close to her. New song “Fangs” is about getting your teeth back from depression, she invites people to the protest against the bulldozing of the ‘jungle’ in Calais and the creation of a metal prison, before singing “System [of brutality]”. Her preface to a song about consent lights a fuse, so when it ends with her repeatedly screaming in acapella: “touch me again and I’ll fucking kill you!” it ignites the room with rage, disgust and strength.

Describing Petrol Girls as a ‘feminist hardcore’ is easy and surface but doesn’t do justice for what makes them so exciting. The lyrics, vocal delivery and music embody so much more than a brash Bikini Kill/ Cro-Mags mele. They are introspective and cerebral. They push at the edges of their influence and genre with intrigue and passion. They could go in any direction, on any topic and this is what makes me anticipate their upcoming EP. It’s what makes the current state of punk and politics so exciting. With one foot respectfully planted in heritage the other kicks down doors, opening up exciting unknown possibilities for everyone.

Recent interview with the band here.

1 thought on “Petrol Girls headline a night of feminist hardcore at the Cowley Club, Brighton”