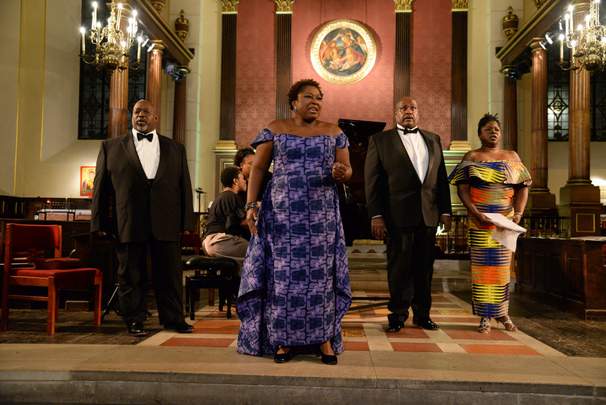 The hallowed environ of St Paul’s Actors church in Covent Garden provided a cosy and enchanting venue for the celebration of 25 years of the Black Opera company Pegasus. The anticipation was tangible. The bright candle shaped lights emanating from the chandeliers and the tall candles set out on the altar table all stood to attention. Mother Mary looked down from a painting framed by a golden rosary with one eye on her newborn son and the other on the beautiful black piano centred on the ample stone floor. I would leave this event exhilarated, feeling thoroughly blessed to have helped celebrate a movement of which I had had no previous knowledge and with a thirst to find out more about opera. Maybe it’s my age!

The shrill beauty of Alison Buchanan’s voice was the thing that first struck me, and immediately awoke some spirit inside of me that I felt had been dormant for far too long. Buchanan’s voice is like a violin, it reaches notes that scratch your back, but it also has a soothing grace. She shared The Flower Duet an immediately recognisable piece from the opera Lakmé with Denise Hector. Hector being a mezzo, having a lower range, provided a useful foil for Buchanan, and in her solos sang songs of introspection or lament, that had the audience floating down rivers, looking at the sky, and sometimes mourning.

Compere for the event was actor Jude Akuwudike,  a slightly built man who occasionally stumbled over song titles, but whose sincerity, self-deprecation and goodwill had the congregation on his side. He explained how the programme of songs for the night were all performed by black singers and that some had been composed by black writers. Understanding the context to these songs was crucial. Sadness was inherent to some of the songs, songs about the suffering and heartbreak of living in a world of slavery. Fascinating histories were also revealed, like the black slave rebellion in Haiti in the late eighteenth century. The night showed how opera could be an opening up of the history books, and I could see how penning a good song could open up a new portal to forgotten history and a new sense of belonging with people who you share a history and experience.

The female singers Buchanan and Hector were joined by two males, tenor Ronald Samm and bass-baritone Keel Watson. Samm started off with We Wear The Mark his voice resplendent especially when he was required to unleash the full force of his formidable chest. It was like having a wave crashing down on top of you. Watson bore a physical resemblance to Pavarotti in his latter years, though his voice was deeper providing the backbone to the evening’s singing. He gave an awesome rendition of Old Man River and imported some comical inflections into I Got Plenty of Nothing.

But this night wasn’t just a celebration of twenty-five years it was also a celebration of the life of the founder of the Pegasus Opera Company, Lloyd Newton. It was clear Newton had passed away–recently it seemed–although I don’t recall hearing exactly when. Through the course of the night various tribute and anecdotes helped reveal the contours of Newton’s person looking down on us. Alison Buchanan explained how one of the songs she was to perform with Keel Watson was something she had found in an archive during research she had done in the States. She had in the week before Lloyd Newton’s death, visited him in London and shown him the piece. She understood that on his death Newton still had the piece on his music stand. For the first time, said Buchanan, ‘Lloyd’ would get to hear the piece performed.

Several school children dressed in grey uniforms shuffled their way on to the stage, hiding their heads behind their song sheets, one schoolgirl scratched the back of her right leg with her left shoe. The second half of the show was kicked off with a choir of children and adults, Pegasus were keen to demonstrate that their work involved supporting community participation and appreciation. The choirs joined in several of the songs giving the event the smallest of carnival-esque touches. This event was fun and towards the end of the night the music was dedicated to the jaunty show-stopping songs from George Gershwin’s 1930s opera Porgy & Bess. The night ended with a crescendo, a rendition of ‘Oh Lord I’m On My Way’.

There was a good reason for ending the night with songs from Porgy & Bess. Although the composer of this opera, George Gershwin, was a white American of Russian Jewish descent, Porgy & Bess was about black lives and featured a mostly black cast. Porgy & Bess had personal significance for the singers on stage. Alison Buchanan explained that it was the opera through which most of their work came. And that was the thing, it was everything that was implied by this statement about the rest of the opera world that was conspicuous by its absence. Given the remit of Pegasus and its social context it would have been fascinating, having heard the fine voices of the singers, to find out something more about the reality of surviving and thriving in the opera world, when your skin colour is not white. A twenty five year birthday, a silver jubilee is worth having a party for, but its also a good point at which to reflect. A public panel discussion either before, at the end, or in the days preceding the event, focusing on whether things have moved on in the world of opera, would have been fitting. There’s still time.

Another review and more photos in the Brixton Buzz 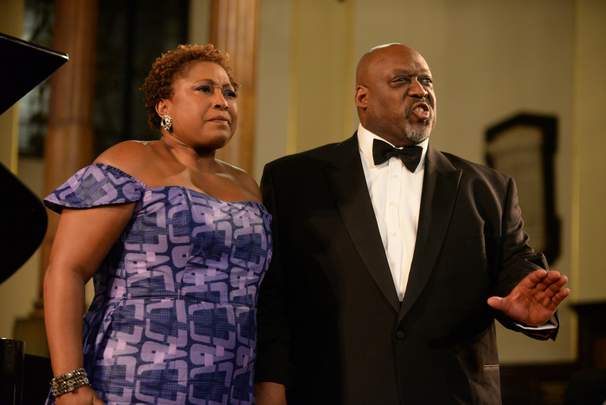 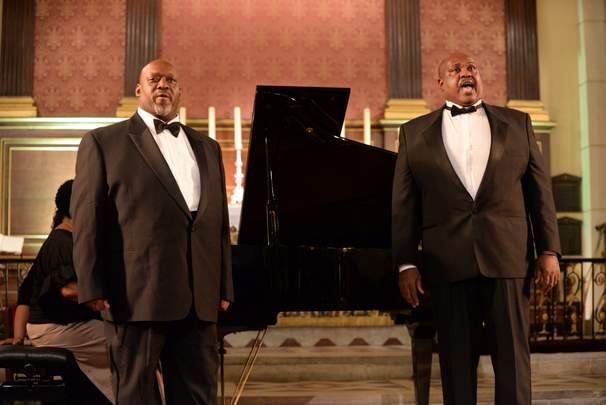 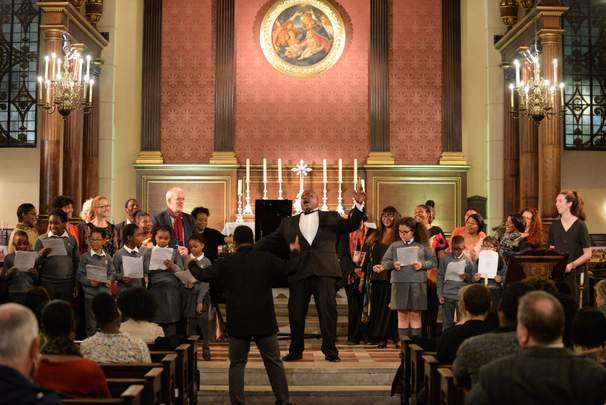 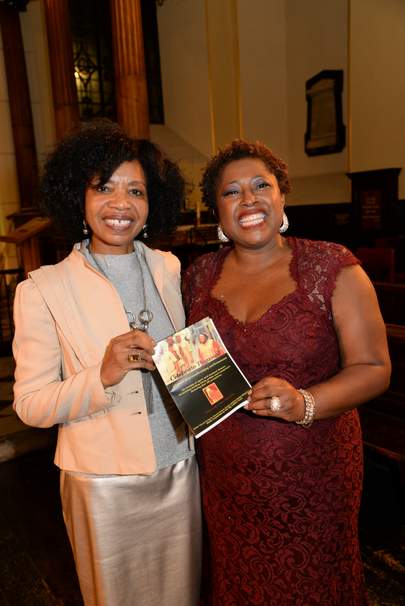 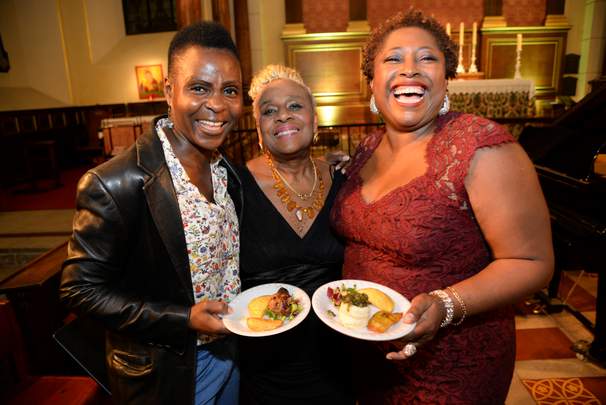 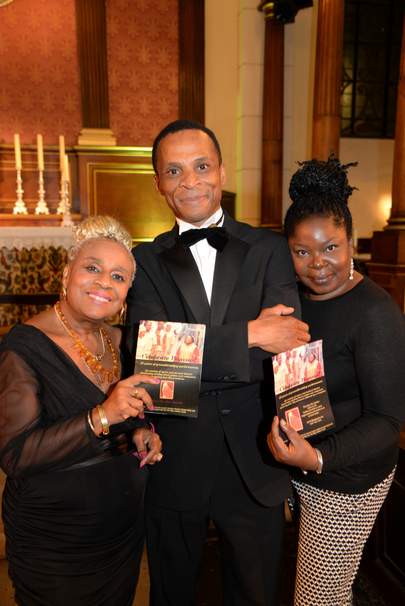 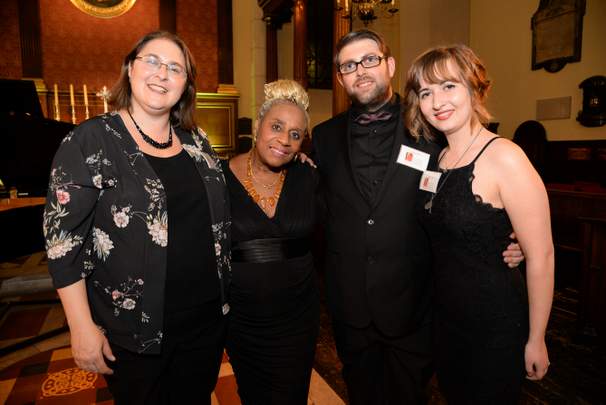