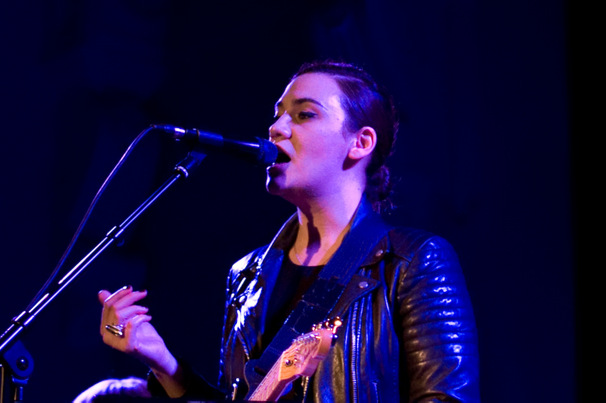 Gateshead Town Hall on a bracing, Northern, spring evening: Nadine Shah & crew drift on to a pitch black stage slowly and launch straight into doom-laden ‘Living’ from their acclaimed new album ‘Fast Food’. To the pounding heart of the song the band nod as one while Shah spits out the entreat ‘bring me back’ to a rapturous home crowd. Her indomitable frown breaks to an almost amazed smile as the applause sounds, announcing in a Whitburn lilt that she is “TERRIFIED!”

There were no nerves apparent as ‘Fast Food’ kicks in. With the vocal range of Lisa Gerrard and all the power of Siouxsie Sioux at her zenith, Shah’s voice soars freely to the rafters while the band exercise an admirable tight restraint. In between songs Shah warms the crowd with natural, northern banter, telling us how she opened for legends, Depeche Mode to a crowd of 25,000 two years ago but only her Mum could comment, “Nadine, that blue light did nothing for ya!”

All the best comedians have a dark and brooding side and Shah is no exception, moving deftly from infectious humour to her customary Kahlo frown. Head to toe in black with hair scraped back, she launches into a veritable pasodoble as the band’s restraint is finally unleashed for the monstrous, organic roar of ‘Matador’, arguably the most powerful track of the new album and all the better live, for its unbridled power and intensity. The audience go wild. “Cheers!” she grins, simply as she surprises us again by moving to her keyboard and lowering the pace considerably with the mournful ‘Divided’ as her gaze falls to some distant spot way behind the throng.

Likewise, the raw emotion of ‘To Be a Young Man’ is clearly not lost on an audience peppered with familiar faces, as we return to songs from the first album, apparently related to the deaths of two former male friends. The swirling guitars summon the ghosts of 80’s goth as the superbly talented King and Webb weave oppressive layers of sound while Rice’s drumming tears through the air on the brilliant ‘Washed Up’.

As she closes the set with ‘Fool’, with its Spanish flavours, she announces that she has “Only just calmed down now” which couldn’t further from the reaction of the crowd whose cries and applause only grow louder. “I love her” said an older guy with a stick, sitting at the rear of the hall. Confident now, she shouts “BLOODY BUY IT!” in reference to her new album; clearly excellent advice.

“Look!” she says, “one hand!” as she laughingly launches into the darkness of ‘Divided’ for her encore. To travel so easily from such easy frivolity to pure, raw emotion is the astonishing trait of Shah as Nick Webb’s fret-work echos quietly; a pensive foil to her darkly rich and earthy timbre. Only Shah could follow such beauty with an admonishment to her off-stage friend “Were you having a wee when I was pouring my heart out?!”.

The show ends with ‘Runaway’. Punchy, raucous and rousing as the band is delightfully unleashed once more. The old guy is on his feet now, stick pounding to the relentless rhythm. This woman can clearly work miracles.

We briefly caught up with Nadine after her gig. She was selling her “merch” when my accomplice asked how she felt playing to her home crowd? “Overwhelming!” she grinned, drink in hand. When asked if this was due to her parents being in the audience she replied “No! it was Mrs Blazey, my music teacher being here” , “she’s a proper legend”. 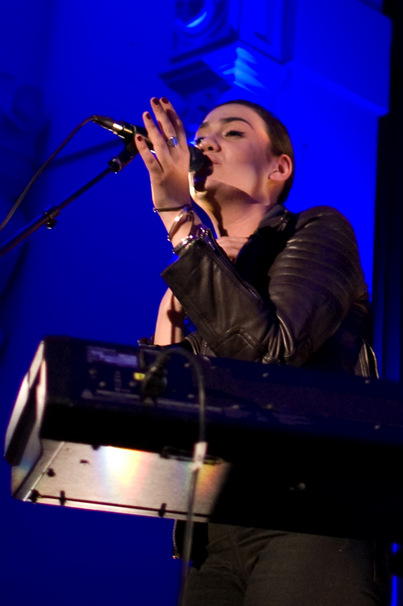 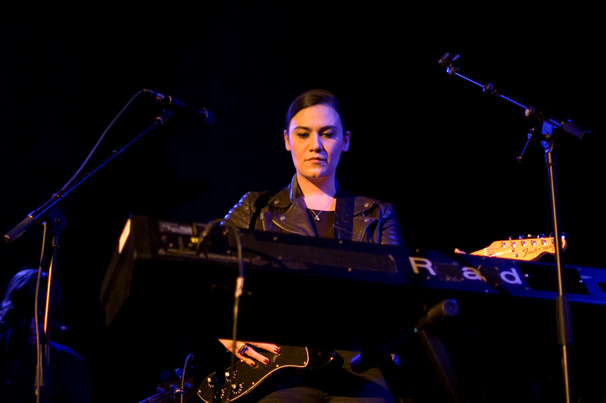