I’m not sure how a band of young Australians from Melbourne came to make a spacey jazz funk, rooted in Herbie Hancock’s Headhunters but I’m glad they did. 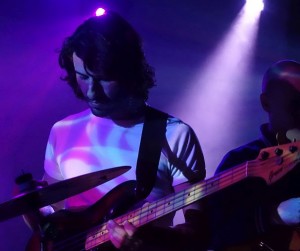 With a very relaxed yet polished forty-five minute opening slot for Wooden Shjips, Mildlife played no more than half a dozen meandering grooves, setting heads nodding and feet shuffling. Had this been Amsterdam’s Melkweg, people would have been dancing and, with music like this, the longer it lasts the better – once an hour passes, the brain reaches a different place. Melding early seventies jazz-funk grooves with Ibiza chill-out album vibes, the band passed the line between a slightly-cheesy pleasure and something so singular that it is cool. And with those cool credentials earned, the band were free to play what they liked, mixing trippy quiet exploration with tight wrapped beat. 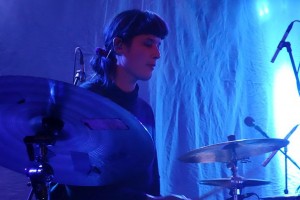 Keyboards swept up and down on the oscillators, the guitarist pulled a flute out now and again, vocals, where they were present, were treated to become instruments. The bass locked in with the drums and the drums; well, the drums. The drums were smart and clever, sometimes a tight but laid back dance pattern, other times breaking every so often for illustration. The band grooved smoothly, ever so smoothly on, as more people surrendered to the pleasant beat. 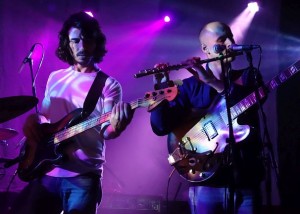 Nothing about this band was compelling but their absolute consistency and sticking with the art of the gentle groove won people over. Knitting perfectly with Wooden Shjips, Mildlife were a gentle psychedelia that stands outside the established tropes by travelling a different road and allowing the groove to lead the mind to a different place. Very much a live experience, this band reveal their strengths when improvisation happens in a collective space free from distraction for the over-busy brain. 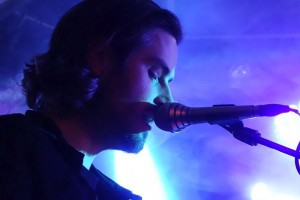 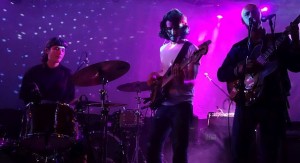