This gig ends almost perfectly with Black Satin from Miles Davis’ 1975 On The Corner. Anthony Pirog picks up the hypnotic and infuriating trumpet lick. It was Miles Davis’ 1972/73 period I first thought of when the band threw themselves into their opening piece; the underlying groove and John McLaughlin’s range of tone – in this case the amazing “bluebottle trapped under a glass” sound of the guitar. 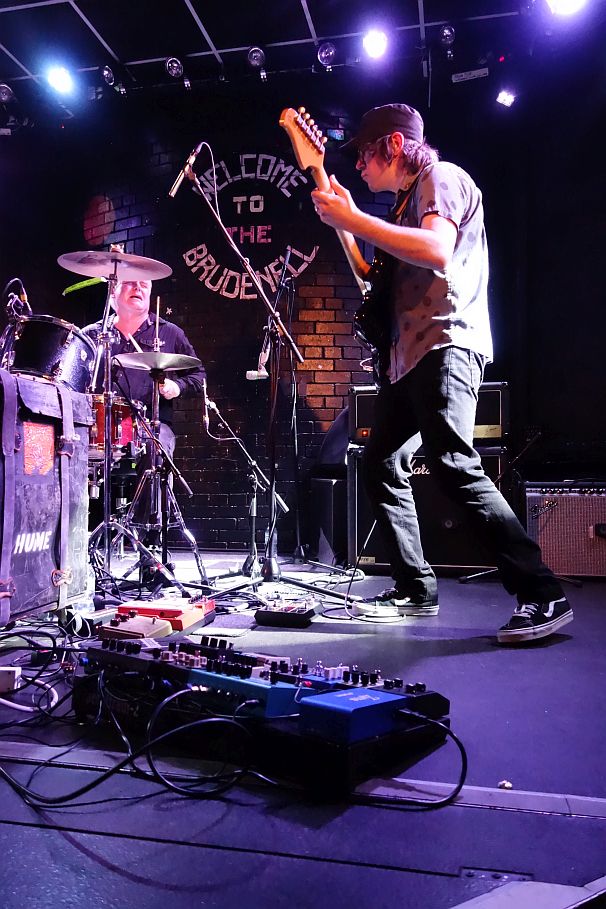 Let’s be clear, the big names are Joe Lally on bass and Brendan Canty on drums. Back in the eighties and nineties they were the steady rhythmic powerhouse of Fugazi, the flip side to the screaming front end. But this isn’t Fugazi and doesn’t sound like them. The duo do their special thing of underpinning solidly, so much so that the guitar seems to be the star of the show. But he isn’t, the whole only works because of the improvisational skills of all three, most obvious in that last piece, which showed that this truly was a trio with the drums becoming jazzier and the bass improvising with the guitar. For the rest of the set, the bass is always there, unobtrusively playing responsive figures and adding Eastern flourishes while the drums combine solidity and jazzy touches but the glamour is in the guitar (ain’t that always the way!). 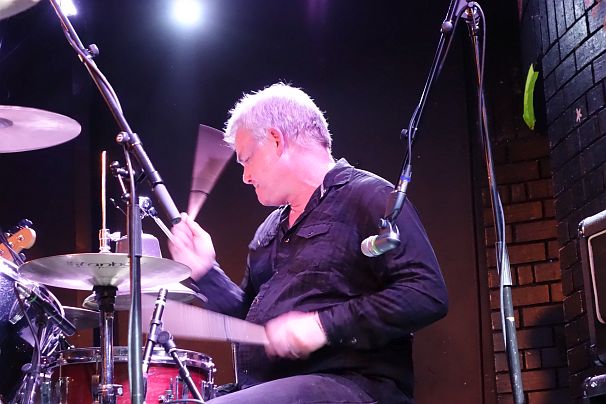 For much of the evening all the attention was on the astonishing guitar playing. Meanwhile Joe Lally, with his eyes closed, was focused and listening. Brendan Canty was having a great time, smiling and grinning, looking at Anthony Pirog. Pirog is a polymath, switching complex time signatures whilst throwing enough steady riffs not to lose us. Fusing elements of John McGlaughlin, Bill Frisell, Uli Roth-style shredding, Zappa and others, switching from insane Maths Rock attack to dark and slower sounds. He had about twenty effects boxes and pedals and rocked backwards and forwards, stomping here, stomping there, twiddling a knob and producing an amazing range of noises. 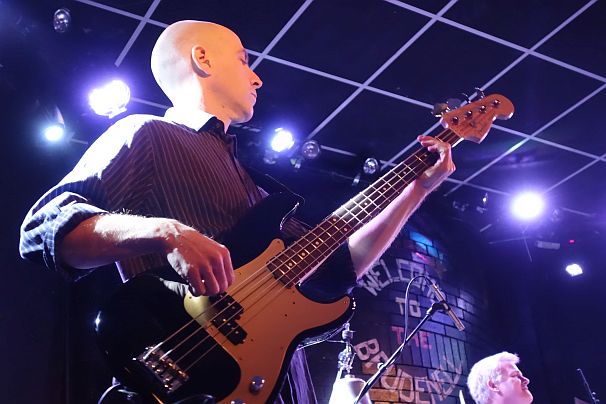 I am delighted to hear Canty talk about Scritti Politti. It seems the band was named for one of the highly memorable tracks on Green’s debut EP, something I’ve long loved as an obscure piece from before Scritti’s minor pop success, a very individual slice of heart-winning individuality. With a little crowd persuasion, he gives us an extemporised mini-version of the opening. I’m glad they love it too. 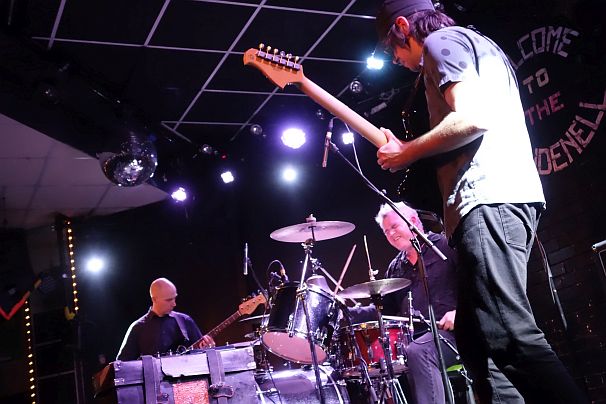 The set was an hour and a quarter of intense attack with an occasional moments of semi calm. This band seems to be a venture of fun and love of noise and trio improvisation. The crowd is drawn by the name Fugazi but will remember the gig for the raw energy and channelled excitement. 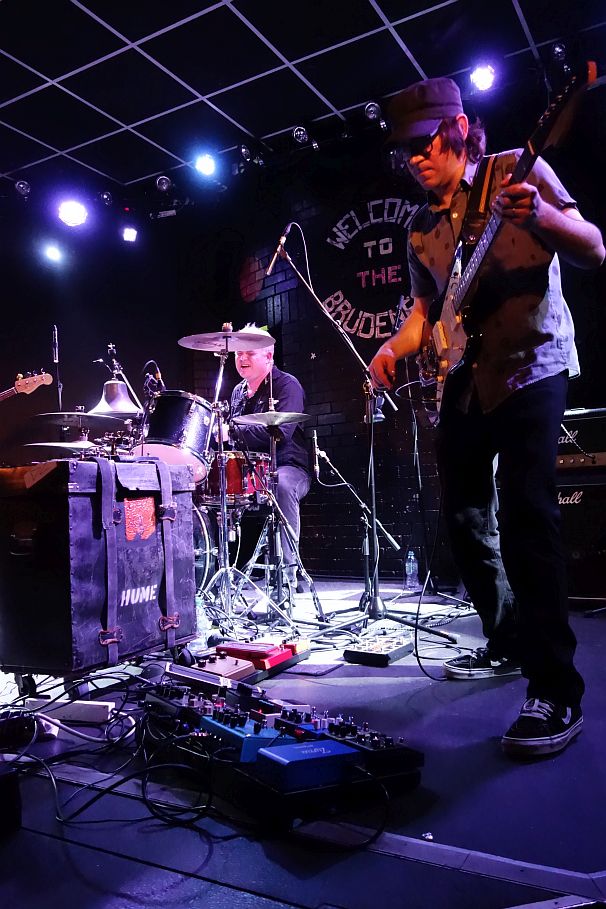 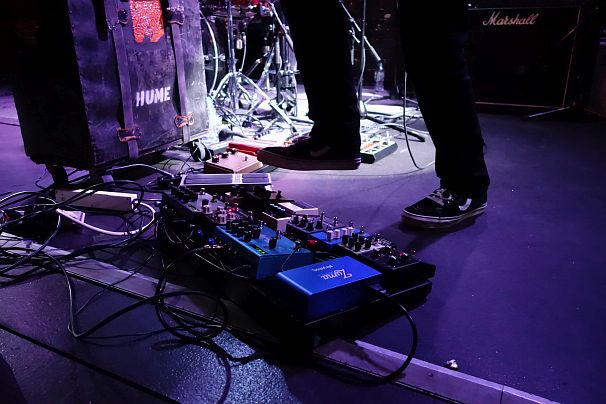 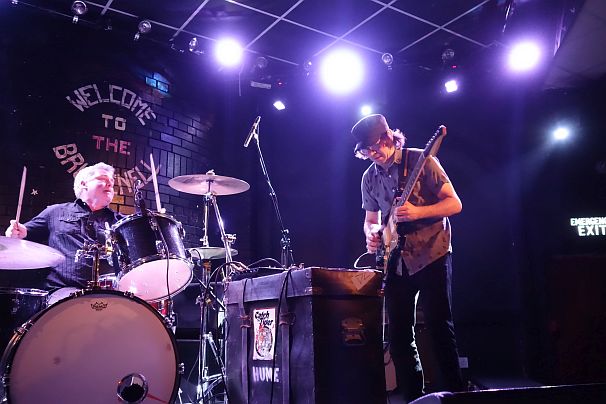