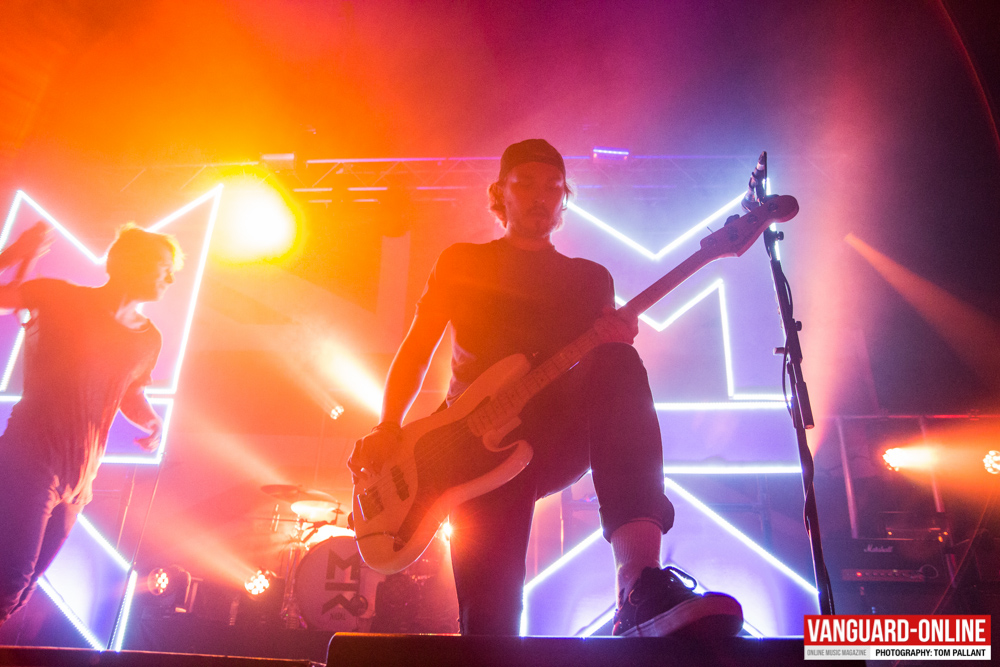 As the sun starts to set on the North-West, the floods of people coming from Manchester Oxford Road station are a mixture of suit wearing city workers and groups of Mallory Knox fans rushing to The Ritz. Nearly a year after releasing their second album ‘Asymmetry’, Mallory Knox are back on the second date of their Homecoming Tour.

After a slightly delayed start due to a ‘tour bus issue’, Set It Off (8) take to the stage greeted by a nearly all female front row causing a huge roar before a note has even been played. The Canadian pop-rockers kick of their set with their latest single ‘Forever Stuck In Our Youth’’ with every lyric echoed by what clearly are the hardcore SIO fans at the front. Right from the outset, frontman Cody Carson is engaging with the fans jumping nearly over the barrier to greet them. This is followed by the menacing sound of ‘The Haunted’, even as one of the less well known tunes the band give their all making it hard to keep track of who is where! 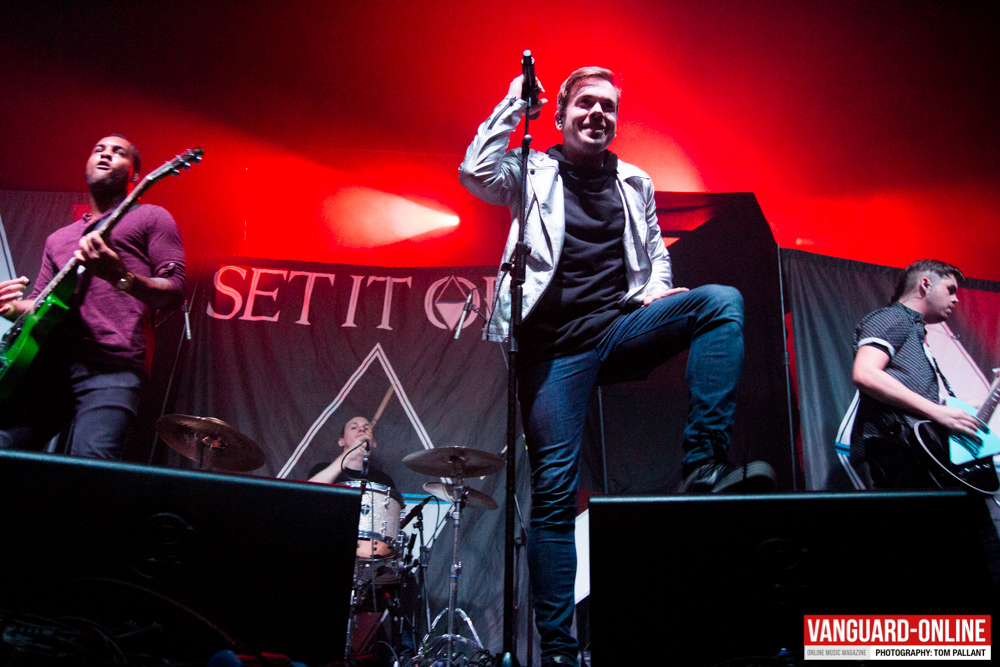 The aggression and dark side to some of the band’s songs are perfectly replicated in a like scenario by Carson, which expertly portrays his thoughts and shows his passion for the music, particularly in ‘Wolf In Sheeps Clothing’.Taking the tone down he implores the crowd to echo his sentiment exclaiming “There are still people in this world who are homophobic, sexist, and racist, we all need to learn to love each other, this song is about that” as they break into the mellow new single ‘Wild, Wild, World’.

Straight from the mellow part of the set, the energy is kicked back up to 11 with the face melting ending of what is confidently their best performance of the set, in ‘Why Worry’ . The gospel-esque choir chants almost blow the roof off The Ritz, as even those who won’t have heard this song before are going to be left screaming it. The interaction between the whole band just shows how much they love being onstage with each other. 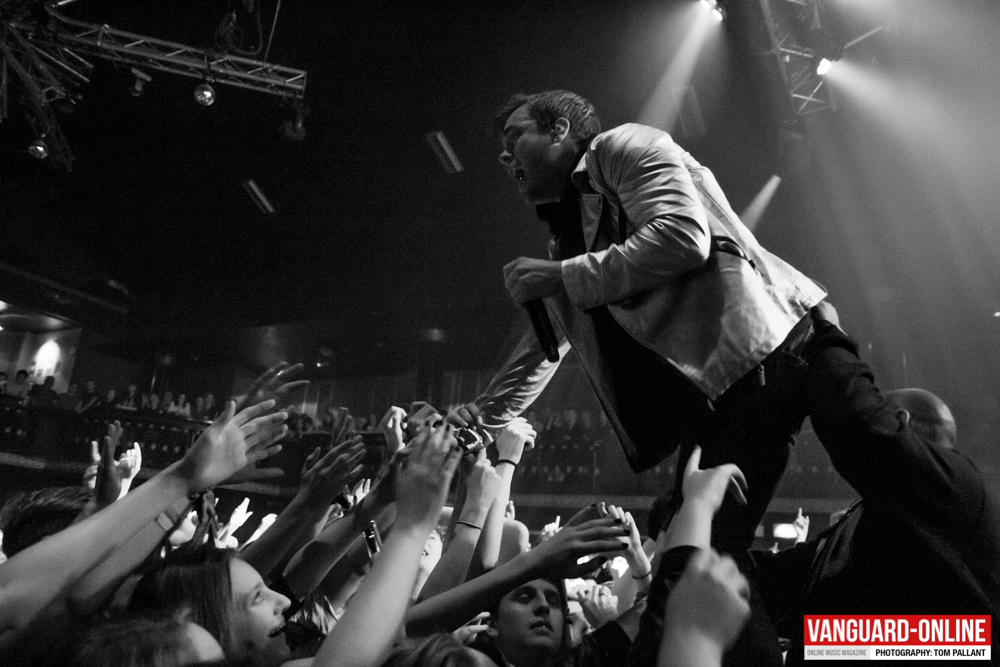 15 minutes before Mallory Knox (10) are due on stage, two stage techs begin erecting a giant white sheet in front of the stage greeted with another roar from the crowd. The curtain falls, and what is sure to be a spectacular show kicks off with the second single of their latest album ‘Shout At The Moon’. Being only the second date into their tour, the boys produce an extremely tight start to the show as if they’ve been on tour for months. A notably strong vocal performance from front-man Mikey Chapman shows off his strength all across his range. Following this comes the aggressively charged syncopated intro to “Wake Up’ from their first album ‘Signals’, cueing the crowd-surfing to start as the second wave of ecstasy floods the audience.

The almost somber ‘Getaway’ was a standout track for me off the album and live it’s even better as the emotional connection translated into the lyrics makes an incredible live anthem, with the call and response sections in the chorus heard echoing around The Ritz. Particularly the second verse ditching the half time feel makes both eh band and the crowd bounce in sync. The instantly recognisable raw bass riff from ‘Dying To Survive’ is heard letting everyone know the party isn’t dying down just yet. Already the temperature of this sizeable venue is rising with Knox and audience giving their all, as many a dripping fan tumbles over the barrier, greeted with waves and points from Chapman. 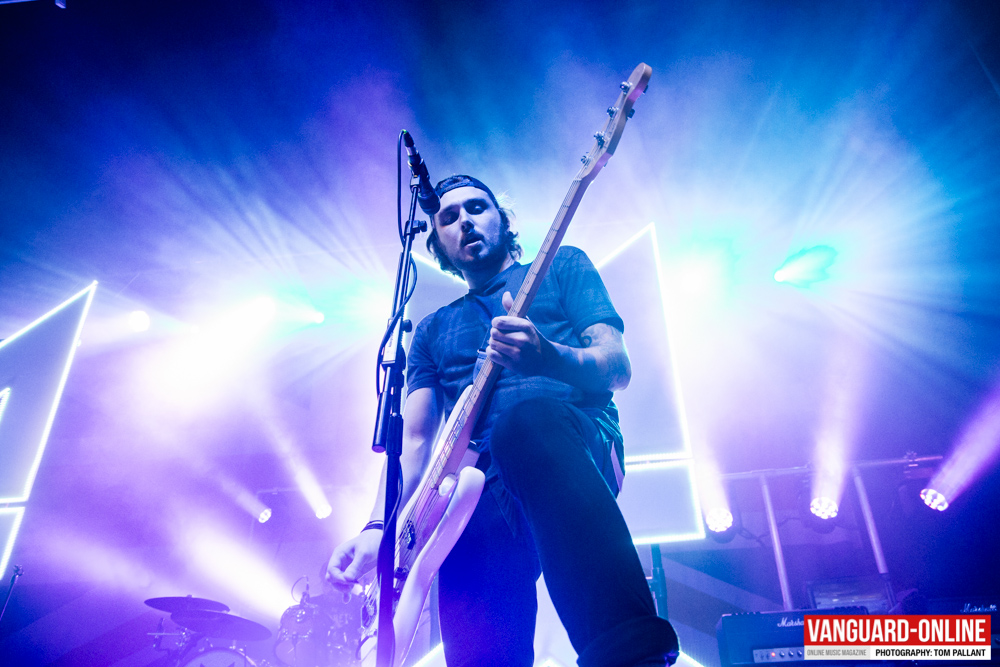 ‘Heart & Desire’ absolutely reflects the way in which this track is performed live truly resonating with those present, and yet again Chapman screams every “desire” from the top of his lungs. It’s so refreshing to see a UK band have so much emotion in every single word. Cranking up several notches comes ‘Ghost In The Mirror’’, after a brief introduction, as if out of nowhere the riff that has come second nature to the Manchester attendees explosively pushes the venue into anarchy. 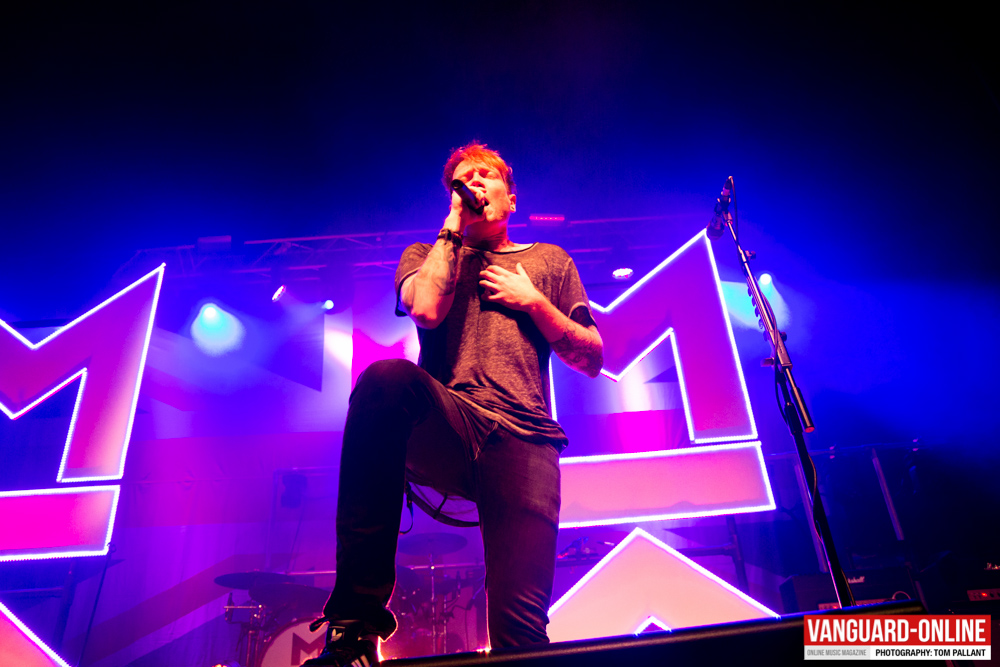 This headline set is not free of old favourites as singles such as ‘Beggars’ and ‘Hello’ also from their first album, show that these aren’t just new Mallory Knox fans but those that have followed them over the past few years, and appear to be as popular as their new material. Just as we think we’ve heard all we are going to, the band dissipate offstage leaving with rapturous applause and a roar that nearly blows the roof off. Like any headline tour you can’t leave them wanting more and they return triumphantly with rousing renditions of ‘Oceans’, followed inevitably by their smash hit single ‘Lighthouse’ almost rendering Chapman completely useless with the audience screaming every soul from their soul, with even some of the front row yelling out the countermelody in the choruses showing their commitment to this bands output.

From start to finish the production, energy, and delivery of Mallory Knox would challenge any festival appearance and I can only hope as many people as possible see this outstanding band on the remaining dates of their tour. 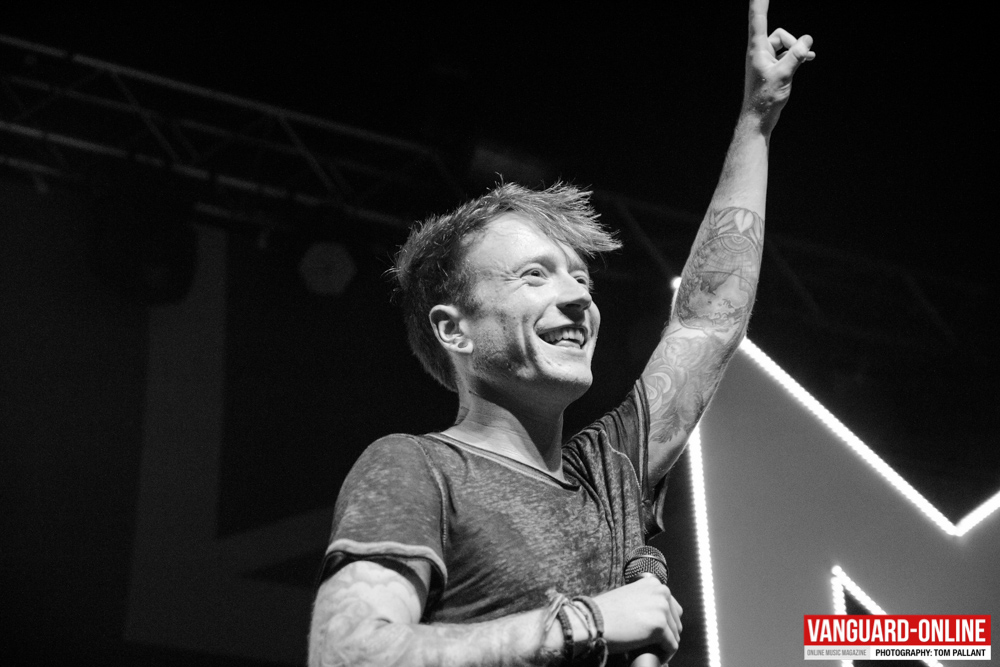