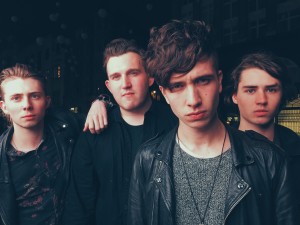 After spending the past 18 months gathering steam and cultivating a sound that marks them out as one of the most exciting bands in this wave of new talent flooding into the underground alt rock scene, London quartet Dead! are preparing to burst out of the shadows and into the airwaves of the mainstream rock world with the release of their debut album ‘The Golden Age of Not Even Trying’. The album is set for release on January 26th 2018 via Infectious BMG, and will feature some of the band’s previously released singles including the grunge-inspired, angst-filled ‘You’re So Cheap’, released last year. As well as this, the album will feature a whole host of new tracks, including the recently released title track, -packed with crashing drums and an infectiously catchy guitar line- which you can listen to below.

Speaking about the inspiration behind the album, the band give the sense that this record will be an exclusive window into their lives as they navigate the intricacies of the grassroots music world and try to get their feet on the industry ladder, as well as dealing with their own personal highs and lows as young men moving into adulthood: ‘There’s blood, sweat, arguments, defining moments and some of the best and worst times of our lives in this album. But every band should have that in a debut record.’

Preceding the album’s release, Dead! are playing two exclusive shows: one at the Cardiff Moon on November 2nd and the other at the Southampton Joiners on December 20th, before embarking on a UK-wide headline tour in the new year. Full details and dates for that tour can be found below.

Listen to the new single here: