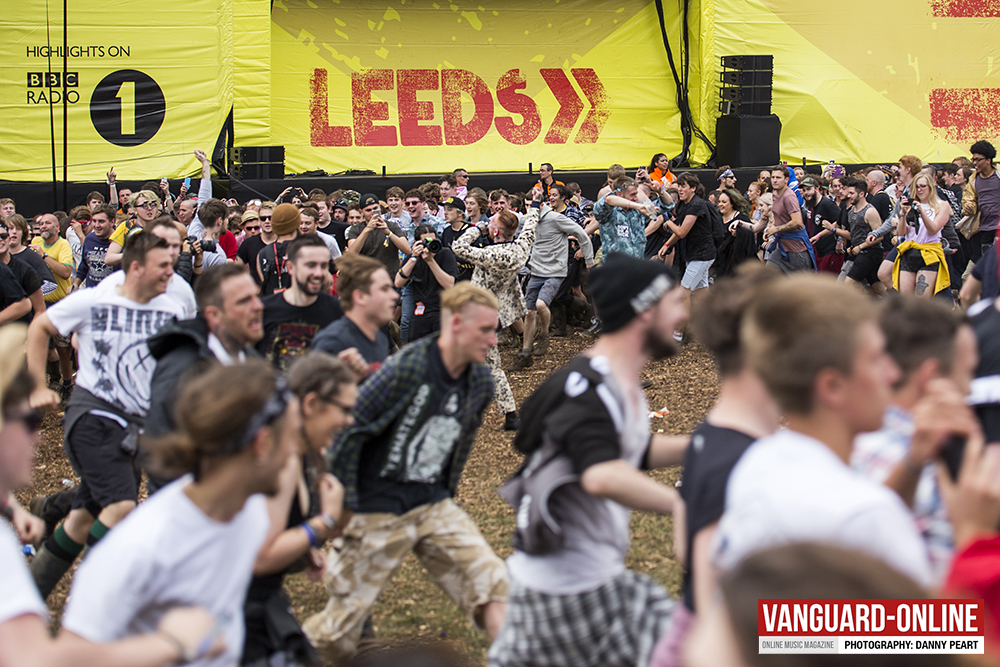 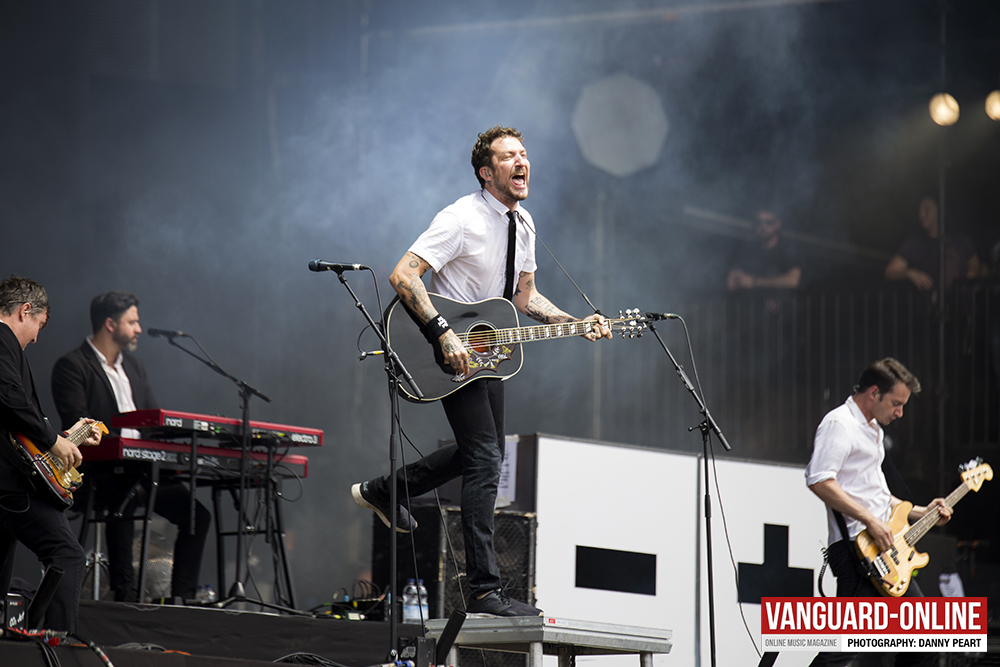 Frank Turner and the Sleeping Souls
(9/10)

TEN in a row. You read that right. TEN IN A ROW. Frank Turner has played Leeds and Reading Festival for a record ten times on the trot – Mr. Leeds and Reading himself was given the honour of being named a special guest opener on the main stage, Saturday at Leeds and, as per usual, put on a storming performance. For a man playing his 1956th show, there are no signs of fatigue anywhere. Frank Turner took us through his epic catalogue of songs and even dabbled in a touch of crowd surfing himself. There were circle jigs and a wall of hugs. God bless Frank Turner. I’ll never get tired of watching you live. 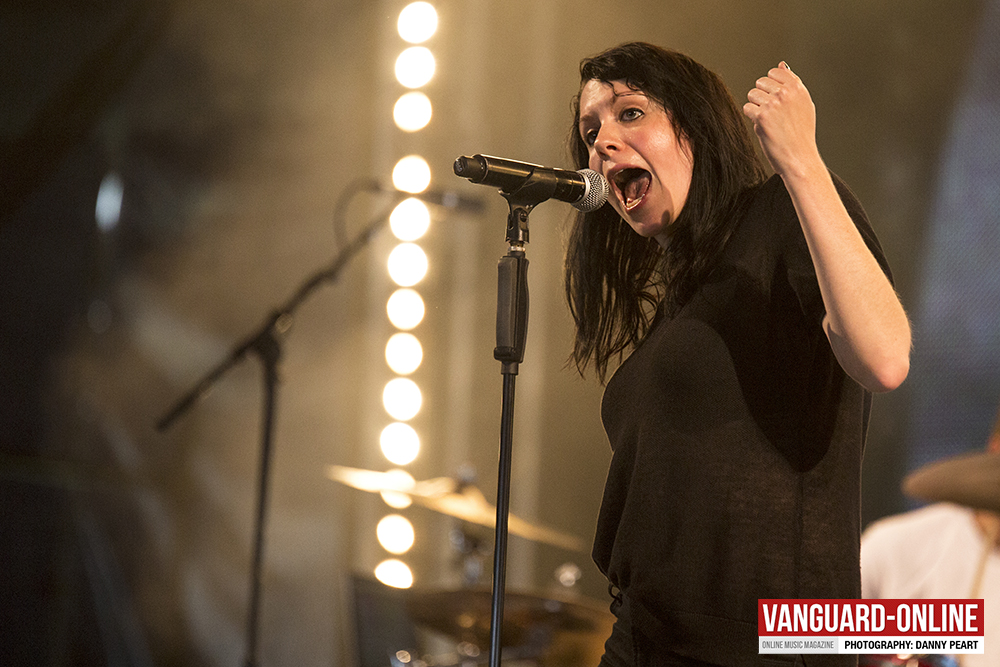 Providing an alternative to the main stage, K. Flay opens the BBC Radio 1 Xtra stage and pulls an impressive crowd to say Mr Reading & Leeds himself is on the main stage! Her genre-defying sound provides influences from a mix of hip hop, indie, pop music and more, providing something for everyone to get involved to within her short and sweet set. Closing strongly with her brand new track ‘Blood In The Cut’, she leaves us eagerly wanting to hear more from her new EP ‘Crush Me’. The Californian will be continuously turning heads so expect to hear the name K. Flay a lot more soon… 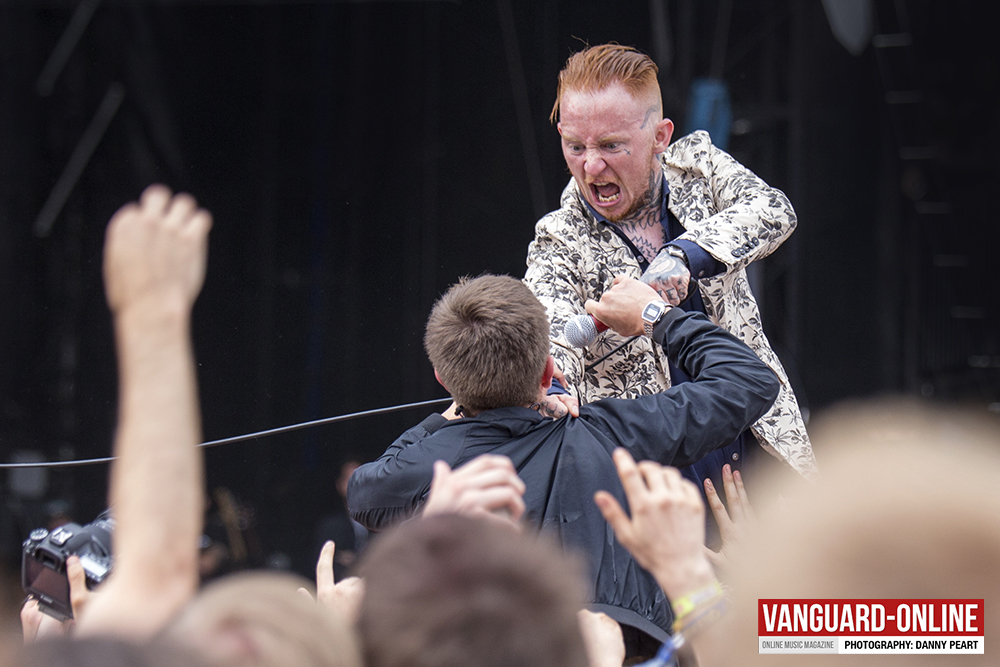 Johnny Rotten reborn. It’s probably been said a few thousand times about Frank Carter, but tough, he’s like the infamous frontman of the Six Pistols in so many ways but even takes it up a notch himself. Frank Carter brought raw, aggressive passion to Leeds on the Main Stage with his no fucks given attitude – standing on the crowd and crowd surfing with a maniacal look in his eyes. At one point, in standard Frank Carter fashion, he found himself wandering around the pit, telling the crowd “If you see me walking towards you, you better get the fuck out of my way” before spitting provocatively at the floor. Frank Carter is a mster at what he does, it’s a shame more people aren’t on bored. 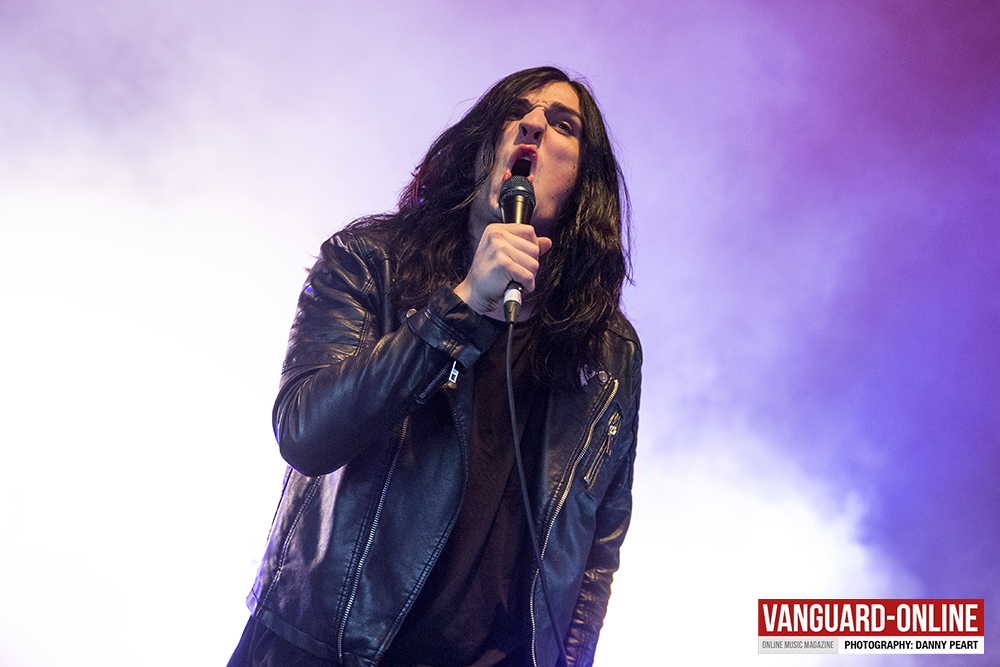 The rise of Creeper continues as the descended into the Pit at Leeds Fest. Their ‘Horror Punk’ sounding filling the chest of their adoring audience. The Southampton based boys have developed a significant following in their time and have even elected to call that following a cult. You can feel that in the show – intimacy seemed to be the aim of the show with front man, Will Gould, catching eyes as he belted out each track. Plenty of potential for Creeper so keep your eyes peeled. 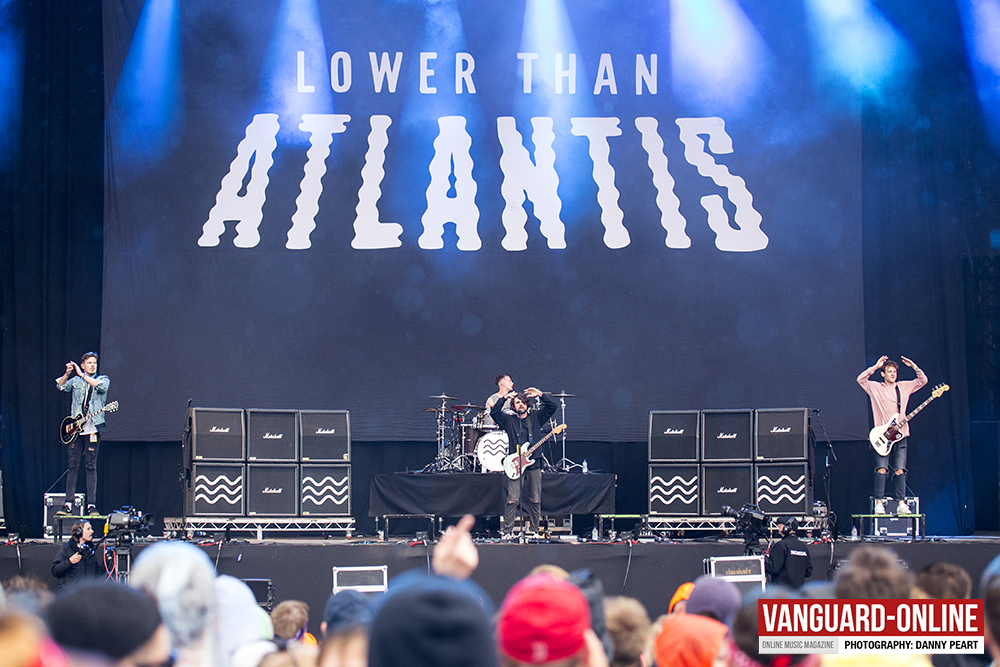 LTA are another band that are returning from recording a new album and they are looking happy to be back, especially to be on the main stage of Leeds. Front man Mike Duce is his ever charming self and challenges the Leeds crowd to show Reading how it’s done and the Yorkshire contingent are more than happy to oblige. It’s interesting to see a band like LTA come back after time off – many bands come back as they left – LTA always get better. With guitarist Ben Samson constantly working with other bands in the studio you can see that this reflects in the production of their live shows with a constantly developing sound. The wealth of noise that comes from LTA is nothing short of impressive, even when Duce has guitar issues, like true professionals of the game they power through and no one would have known any different. Closing with ‘Here We Go’, we’re reminded where this incarnation of Lower Than Atlantis has blossomed from. 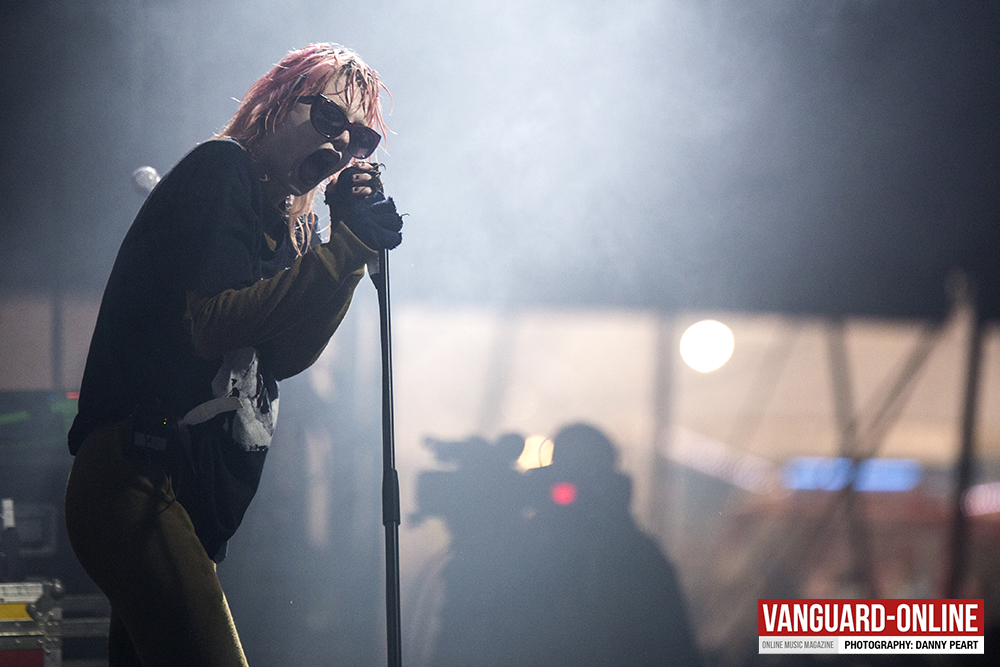 Enigmac, visceral and mysterious: all words that can be used to describe Crystal Castles. They exploded onto the main stage with front woman, Edith Frances, leading the charge – her tangled sense of reality unravelling on stage in a frenzied manner. Everything she does draws in the audience and has the waing expectantly for her next unpredictable move. The music bellowed out into Bramham Park turning heads as people passed by the NME stage. Not everyone’s cup of tea but definitely a show worth experiencing. 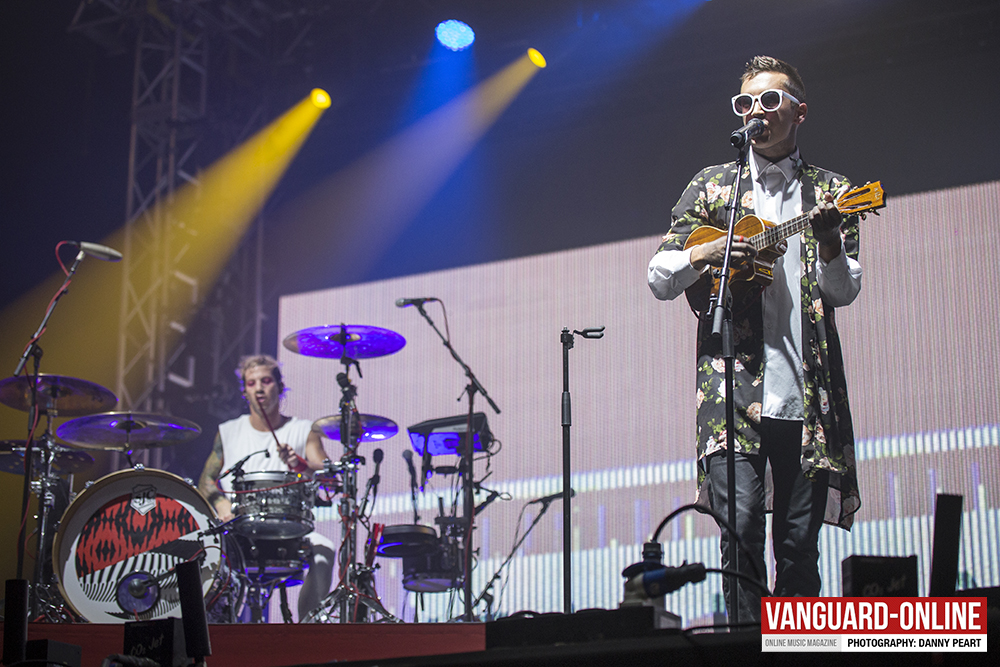 Mind blowing. I could genuinely leave it at that as I know I will never do this show justice with words. For those who don’t know, TOP are not your average duo. With no two songs the same, no moment left without capitalising on and no musical flaws this band are truly once in a lifetime. Before Leeds Fest, I knew little to nothing about TOP other than a few songs played on the radio. Having seen this show, I am a lifelong fan. I saw a man step into a crimson zorb ball and literally run across a crowd as if it were a track while his partner smashed out incredible rave inducing drums back on the stage. The unique nature in everything Twenty One Pilots do is the reason they are as big as they are today and it’s not stopping any time soon. Think about how people viewed Nirvana back in the 90s with their cult (yet HUGE) following. This is your new age Nirvana. 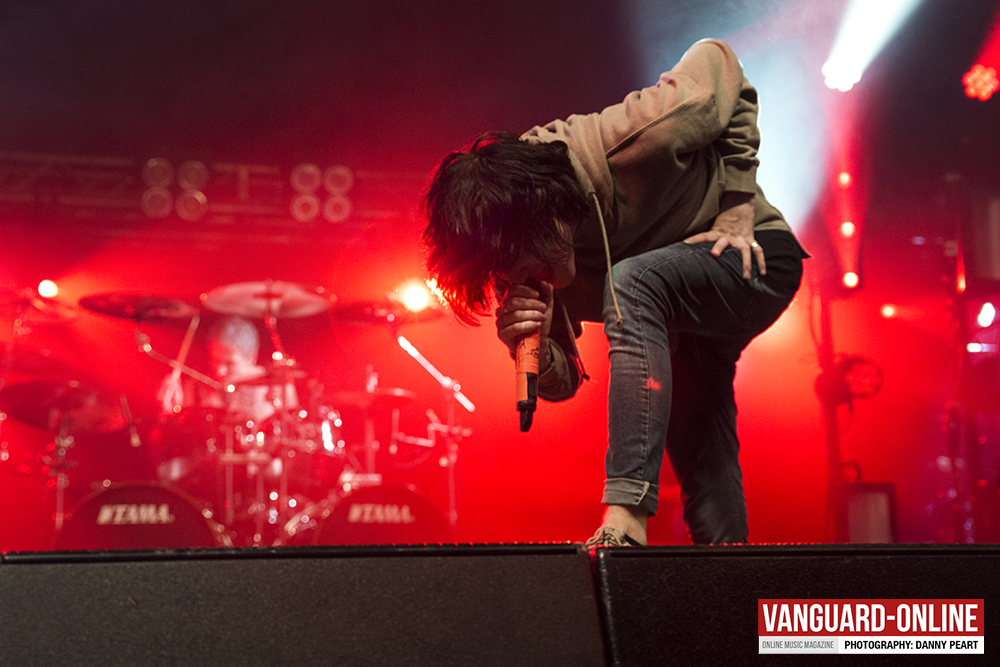 The boys from York exploded onto the Pit stage with absolute reckless abandon. Front man Denis Stoff put on an incredible show from a vocal perspective. His mic control and dynamics are something to revere for any up and coming vocalists looking to make it in this genre. With over 5 million fans on Facebook, it’s not surprising that the tent was packed to the gills with nothing else to offer on other stages for those that like a little more distortion and double bass drum with their Saturday nights. The resurgence of Asking Alexandria is in full swing – if you’re not on board, you better get out of the way. 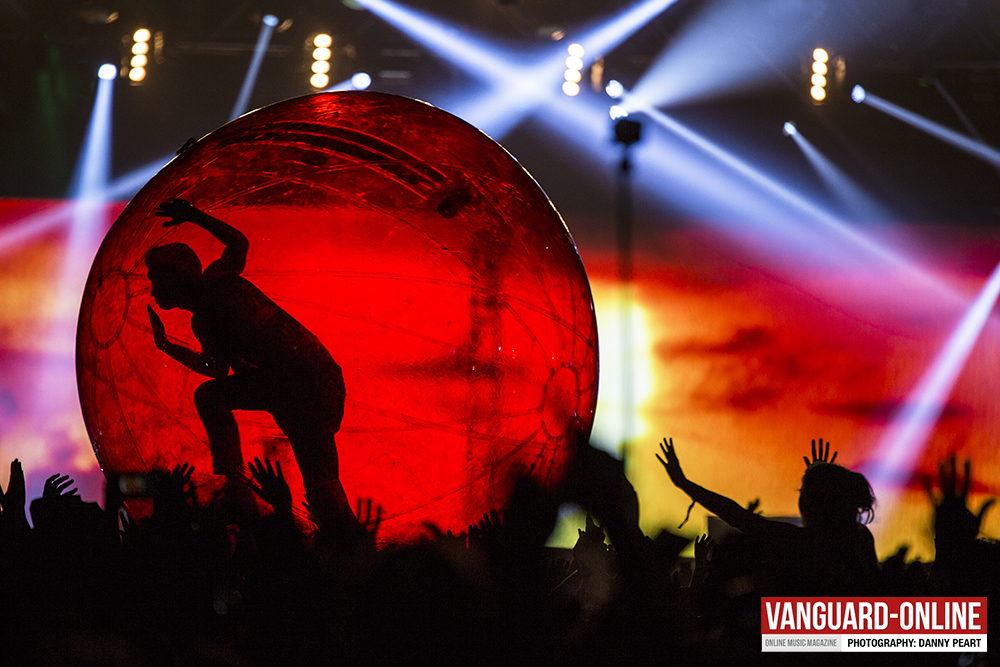