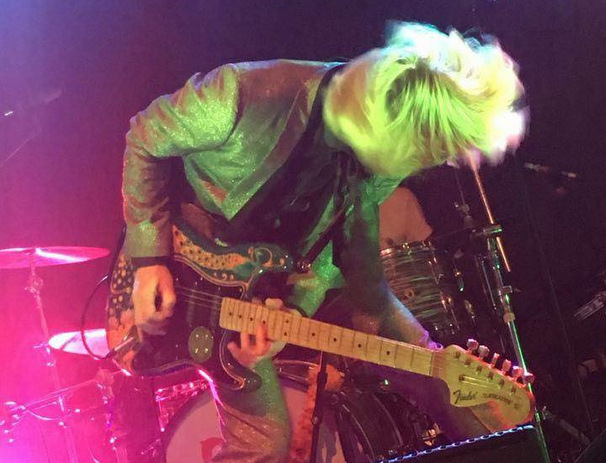 Kula Shaker are fronted by the charismatic guitar god son of child actress Hayley Mills. Crispian Mills is known for his devotion to Eastern religions, numerology, astrology and putting his foot in his mouth when talking to the press

Mills walks on to a stage laid with burning incense, the mood is set.

The band were close enough to the fans, that the fans could touch them.

Mills stands out in his silver glitter suit and has a commanding presence as the rest of the band fade into the background.

Unfortunately Kula Shaker couldn’t fill the Liquid Rooms in Edinburgh but they didn’t let that phase them.

The crowd, a mix of old fans in their fifties and teenagers, were held by the mystical sounds of Tatva, Great Hosannah and brought to life with classics like Hey Dude and Govinda.

The band played some of their new tunes, most memorable to me were Infinite Sun and Love Be With You.

I hope Kula Shaker can make a big comeback.

Hopefully this time next year they’ll be packing out venues like they did in the 90s.