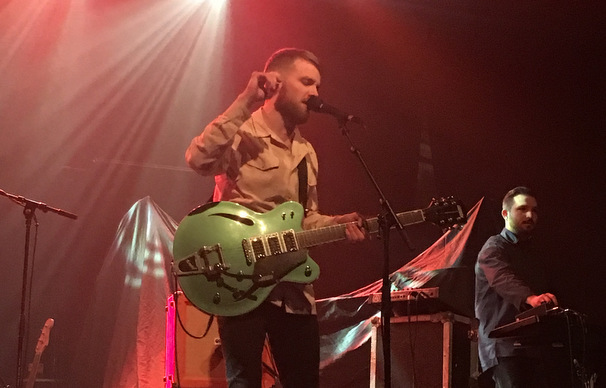 Holy Esque was the first support for White Lies at the 02 ABC in Glasgow on November 27th 2016.

They are one of Scotland’s most exciting rock bands.

They were pretty good with Pat having a unique gravel to his voice with shrieks here and there.

He thanked everyone for coming in early and smiled saying that he knew that it was specifically for them.

You can tell he’s into Joy Division with the way his music is played.

His voice however is pretty hard to pinpoint.

When the first support act comes on and is as good as that you know it’s going to be an awesome night.