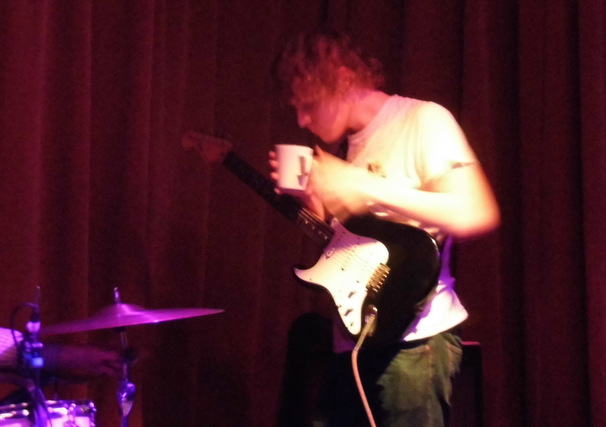 A very nice treat was had by all in Gulliver’s on Oldham Street on St. Patrick’s night this week, comfortably far away from the overly-chilled pints of improperly poured Guinness and unimaginative fancy dress attempts. Kiran Leonard’s frantic and perfectly flawed playing on the guitar was possibly the furthest thing away from the likely also frantic Paddy’s Day nightlife on offer in rest of the city and the hour went by all too quickly in the company of 50 other well-entertained individuals.

The cups of tea Leonard was slurping on stage and the flu he warned the audience he was still suffering from took nothing away from the frenetic and erratic quality of his singing and playing. A more laid-back version of his usual set he did not opt for, and thankfully so. Each song was very different from the last in terms of length, tempo, tone and it was perfectly normal for these changes to take place in a single song. For someone with a ridiculously short attention span like myself (an affliction I reckon Leonard might also suffer from) this was great, and pinning each of these disparate yet coherent moods to a precise genre or style of playing would be an arduous task to say the least, and one best to avoid. This is undoubtedly a good thing.

Having said that the real golden moments of the set came towards the end when some of the more recognisable and accessible songs came out. Penultimate song Geraldo’s Farm particularly encompasses the more disciplined, coherent, some might say more straightforward sides of the set, and while these songs were undoubtedly the more commercial on offer, they still possessed plenty of the originality and experimentation characteristic of Leonard and the rest of his idiosyncratic playing.

Speaking to Dave Rowe after the gig who was on bass tonight and is also a member of the excellent Plank, he revealed that on forthcoming album Grapefruit Leonard plays all the instruments himself and they have to learn the parts pretty much exactly. ‘He’s a clever bastard isn’t he?’ he remarked. Yes he is and after tonight I’m really looking forward to this new album. 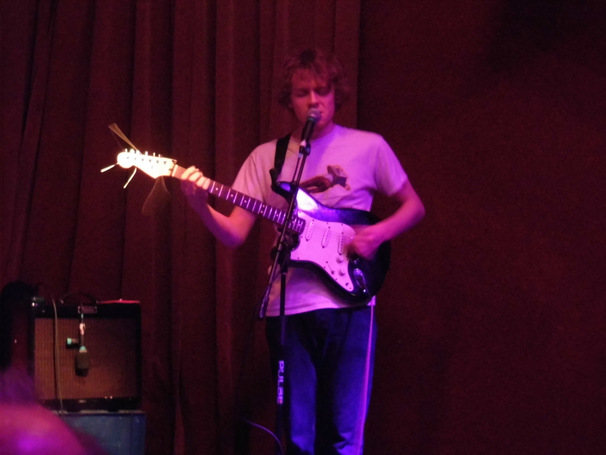 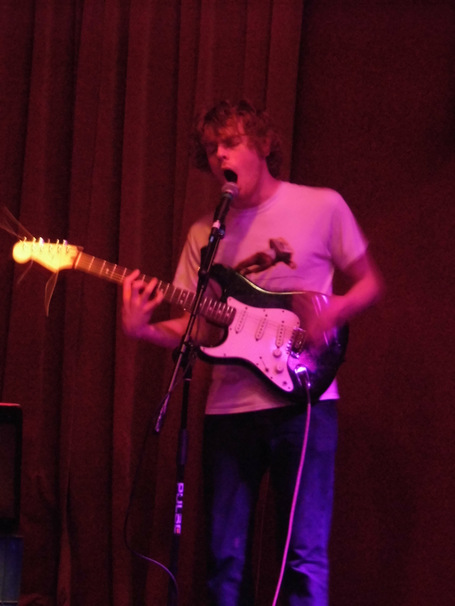