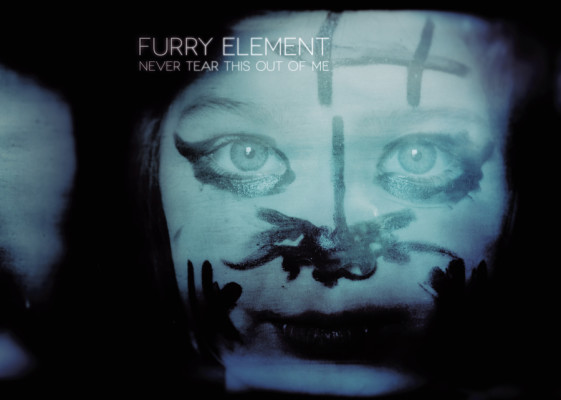 Furry Element have presented us with an album that seems to seethe with an underlying power. Made up of vocalist Rickard Berg, assisted by The Cure’s Jason Cooper on drums, the album is described as ‘two people doing what they love’ but perhaps this love is expressed internally only, as the album paints a barren landscape; evocative yes, but stitch the tracks together and they leave you feeling uneasy. Not that this is necessarily a bad thing – if they were going for the post apocalyptic aesthetic they certainly achieved it. I for one find it rare that an album can inspire such a visual image in my mind.

The feeling is conjured up by stripped back melodies accompanied by Berg’s deep and mournful lyrics, which seem to lament with every syllable uttered. Electric guitar builds and swells, only to die and rise again, never quite reaching the break or explosion you expect it to. As such, the tracks keep you on edge almost constantly.

There’s a menacing power that ripples underneath Berg’s vocals on stand out Tear, a power that lets you know of its potential and breaks like waves over the rest of the track, perfect for that long drive on the motorway home. Other stand out Keroscene’s opening notes and simple melody soar like a bird of prey overhead – and above much of the rest of the album. It’s simple and haunting. Each track pulsates with Cooper’s skilful drumming and Berg’s lyrics float behind the guitar, adding a soulful layer. The arrangement is precise, thoughtful and atmospheric in all directions.

All but one of the eleven tracks cross the four-minute mark and as a result there are moments where the songs seem to linger a little too much and Berg’s restrained vocals seem longing to truly let rip but this denial also adds to the feel of the album. Overall the record is an experiment in sound and feeling, one that leaves a metallic taste on your tongue as the last few seconds of closing track Dry bring the album, finally, to an exhausted halt.

Never Tear This Out Of Me is released on 20/04/15 on Tiny Space Recordings.

Listen to Tear and see the accompanying video on youtube now.

2 thoughts on “Furry Element – Never Tear This Out Of Me”