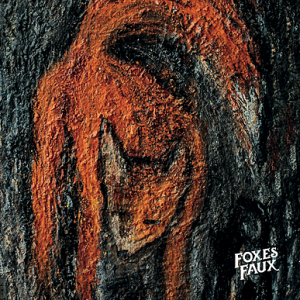 Foxes Faux storm back onto the scene with their debut album Fox Tales – some six years from forming and after relentless gigging and appearing at some well-known festivals they showcase a 13-track masterpiece of some of their finest works. Returning fans and new aficionados will fall in love.

The album starts with Cops and Robbers, a hectic track fully introducing what the band are achieving with their album – a mix of folky, gypsy punk rock, which wouldn’t sound out of place in a packed pub nor a flamboyant wedding. The layers of the right instruments as well as passionate vocals bring to light the sheer enjoyment of listening to quick paced, well-performed music.

Fidel Rocero brings the pace crashing down and becomes slightly acoustic, the mandolin they’re renowned for including in most of their works becomes more prominent and the vocal harmony subtle yet of decent quality, allowing returning fans of the Foxes to identify a little more.

Do I Waste My Time? allows vocalist Kurt Wood to accentuate his incredibly fitting voice alongside chaotic violin work, with the mandolin taking centre stage in the latter, showcasing the talents of all six of the artists.

Mike Harding of BBC Radio 2 calls Liars a “cracking track”, although I would go a little further than that. The vocals are pure and the instrumentation vivid, the bass of the track really allowing the folky beat to kick through. It’s one of them tracks that make you want to tap your foot, kick your feet up in the air and get on a horse and ride it somewhere. It creates a pretty intense image in your mind, something any good track should do.

Other notable tracks on the album include One By Two By Three which shows the serenity of the group, a slow dance styled story. One thing I love about their tracks is every single one is almost urging itself to go faster and faster, creating a beat that satisfies yet always promises more. The article would be amiss if I didn’t mention my favourite either, which is Mountains – purely an exciting track with fun and entertaining guitar work.

Released on the 6th of February this year, Fox Tales sold out in their pre-order sale after rocking their launch party in Leeds. There should be nothing stopping you, either, from going out to buy this album. It’s a clever, innovative mix of so many different genres that really shouldn’t work together but simply do. A must buy – put it on your playlist so you know exactly you’ve missed out on for the past six years. The best thing about it? It sounded fun to make.