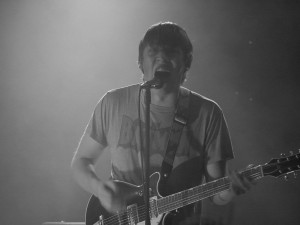 With a sold-out and packed venue, full of actual young folks instead of the Brudenell’s resident Headingley hipsters (in fact, the youf are the old Cockpit crowd), the Peak District duo must be pretty chuffed with themselves. Oh, hang on, they’ve gone and got themselves a bass player and filled the sound out to perfection. Plus, he pulls all the great bass player poses. On record, Drenge are loose, relaxed and fun. Live, they step it up a notch and turn into a sloppy-tight rock band, hitting note-perfect feedback and giving a well-turned impression of walking the line between falling apart and nailing the groove. 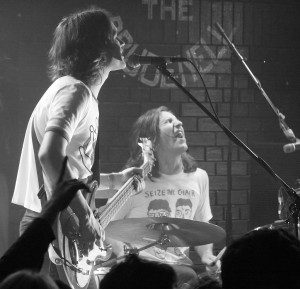 The crowd tonight rewards the performance with attentive and thorough moshing. The front of stage seethes and bounces, crowd surfers rising and falling. We lose some of the crack-you-up humour of the lyrics but gain a lot of classy rock and roll slacker-dom. Opening with Running Wild – “When you were young you were running wild, now you’re grey haired you’re running scared”, I hope they’re not talking about me. Backwaters has a superbly corny riff, Break You and Bloodsports become barnstormers, while Face Like A Skull causes a mosh-explosion. 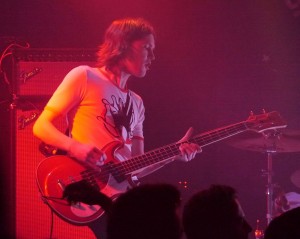 There’s a rictus grin on those not surging about as the band strike nigh-on perfect poses and conjure up an atmosphere to match all the dry ice – fuzzy, tight, yet appearing to be jamming off each other. The very nicely-paced show sees half an hour of mayhem followed by two wind-you-down ballads. Fuckabout’s laconic lyricism prompts some singing along (“I put the kettle on, you put heavy metal on”….) and Let’s Pretend caps the night off with similar pacing that lurches into an extended ten-minute jam session as the band stretch out, play off each other and show off their live skills. 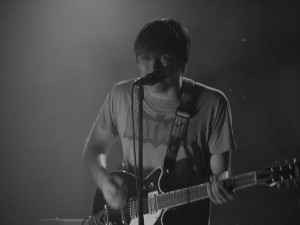 With only one album under their belts, the band still manage a handful of non-album tracks and nail down a night brimming with potential. I’ve not heard feedback handled so well in quite a while. 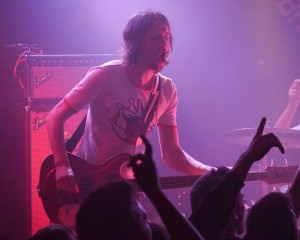 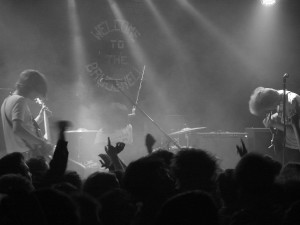 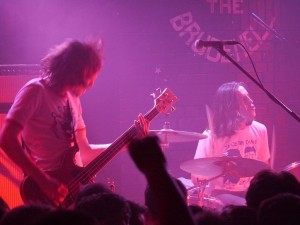