He’s got a great voice, has David Ramirez, but that’s not enough to bring in more than a token audience on a Tuesday in peak gig season. It’s a shame, as this time David has brought a full band. Perhaps it’s the small crowd that fails to inspire, but the set is never more than workmanlike. 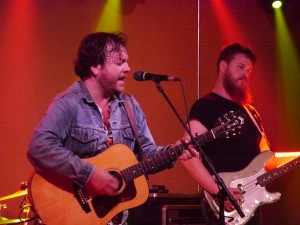 Promisingly, the interval is soundtracked by Neil Young and the influence shows at times. The third song has a strong sense of late-eighties Young – minor sevenths and hard rocking. It’s one of the stronger pieces – angry about America’s promise to the migrant being back-pedalled by a white power elite. In theme it reminds me of Lou Reed’s Dirty Boulevard. The next song is more typical – Telephone Lovers, and carries a slow, weeping pedal steel. It’s a good band, with that pedal steel able to float and wrap like a silken ghost. The bass is regularly interesting and the keys so right that they become invisible. Songs switch between gentle Americana, singer-songwriter confessionals and full band rocking – which Ramirez clearly enjoys. 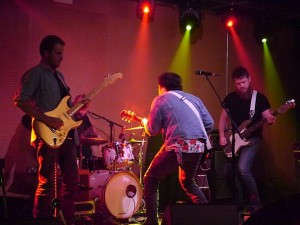 It’s the material that lets things down. Time is a song about drinking on a Tuesday that strays towards novelty country & western when the emotional import intends to run deeper A lot of songs are about feeling guilty about drinking and create a sense of the autobiographical without the emotional honesty that marks out really successful Americana. Most of the songs are about love or a slice of life or confessional and, as I listened, I wished they had the lyrical fluency to really connect. Songs like Dancing And Vodka – “I want to take you dancing in your own living room” – carry too much of the weight of quirky Nashville creations to engage the heart. Alternatively a song about growing up and selling songs instead of only singing for passion (“how do you make it last”) rings a little tritely. 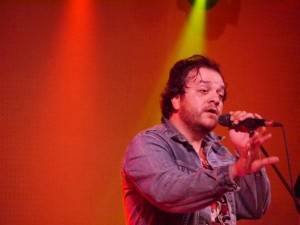 I love hearing new things and I deliberately approached David Ramirez without listening to the albums, expecting to be won over by the voice. Sadly, I found a strong voice and the very best intentions hampered by adequate material. That’s the way it goes and it’s always worth giving an act a listen. Ramirez feels his material strongly and the themes are strong, yet somehow there is too much run-of-the-mill sentiment allied to expression that belongs in mainstream country. 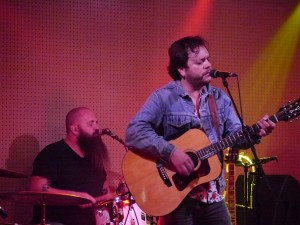 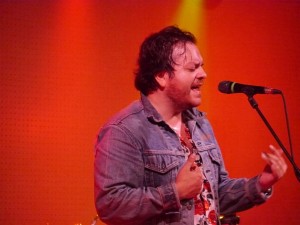