He’s not daft, Nathan. Leeds Festival is on but he’s still packed the best venue in Leeds by using the “F” word. FREE. Two gigs, one venue, both free – the place is packed. 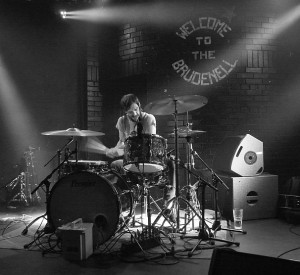 Free or not, I’d’ve been there anyway. This was Cowtown’s album launch for Paranormal Romance. Cowtown are local heroes, having played support to squillions of the Brudenell’s visitors, alongside some headline slots, they’ve not only aid dues, but have earned the affection of many. That’s leaving aside the interconnectedness with other bands they share members with. But mostly their gigs and records are FUN. 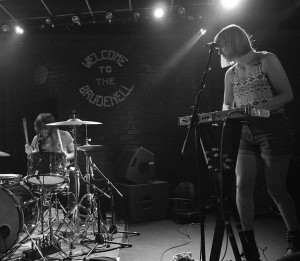 The sound is frantic and 35 minutes or so pass in a blur of action, songs flashing by at speed under Jonathan Nash’s whizz of arms and effects pedals as he abuses his guitar strings; his guitar hung high for extra wrist speed. Dave Sheilds gets extra mention for his utterly committed drumming. Then there is Hilary Knott’s keyboard bass, an unusual sound and dry ripostes to Jonathan’s off-kilter banter. Friends are in the house and there’s lots of talk of cakes and T-shirts, in-jokes and old songs. Of course, there’s most of the new album, including one track they claim to have not played all the way through live before, patching the track together for the album – but then you never can quite tell when they’re having you on. 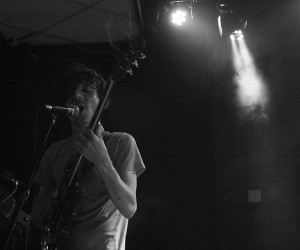 Brevity and obscurity marks out the crack and banter, brevity and scratchy impulsiveness mark out the songs. Delighted with the turn out and high on atmosphere, Cowtown turn out another good one. 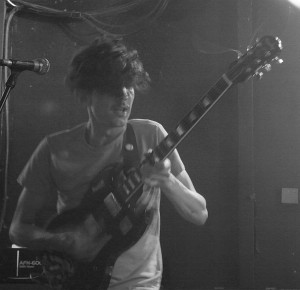 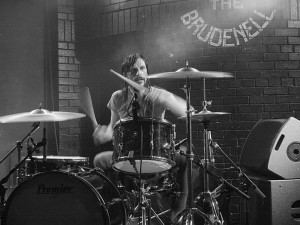 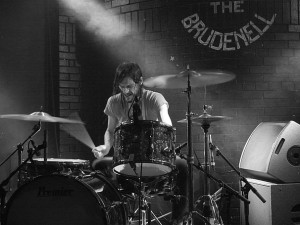 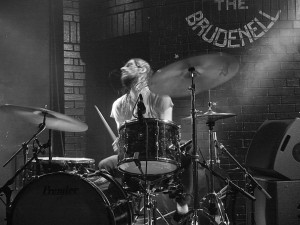