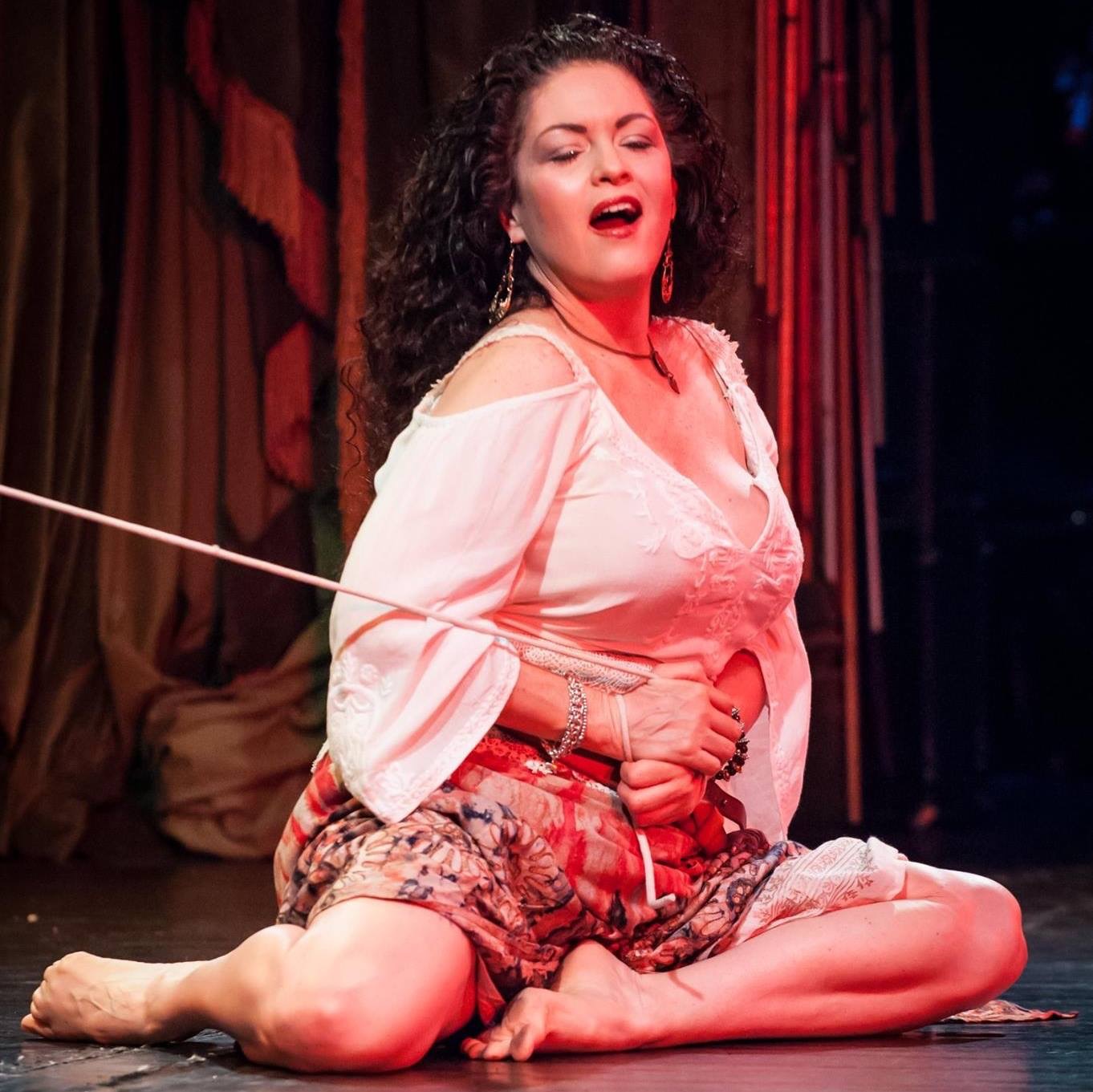 It was a heart stopping moment to feel my body resonating to the operatic white light being pushed out from the lung cavities of Kirsten Chavez, a diminutive and yet full bodied black haired Mexican of Iberian stock.

She was lain only a few feet from me and the rest of the audience in the compact Cervantes Theatre, and as she sat up and broke into song, the power of her voice affected me in a way I’d never experienced before. My whole body stood on edge in deference to this energy that poured out of her soul.

How can one person, who looks, if you beg my pardon, quite unextraordinary, produce such an incredible noise? And if she can do it, can I do it too? What kind of magic is this?

The performance was that of Carmen, which, to those of you who know nothing about opera, concerns itself with the dalliances of a Spanish gypsy woman, with a couple of men, one a bullfighter, the other a solider. Carmen takes no prisoners in love and is a match for any man it seems. Although the story ends a bit gnarly, it is a study in base flirtation, eroticism and caprice.

This particular take on Carmen was done with the singer Chavez narrating and singing the whole tale from the point of view of Carmen herself, to a piano accompaniment. Grander productions would have singers for all the main parts. I’ve not seen the grander productions to compare, but focusing on just one character gave a very intimate sense of what the story meant for Carmen, which might not come across were one to spread one’s empathy across several characters.

Furthermore all of this was packed into one hour. I’m not a philistine, but neither am I the kind of person who wants to sit for hours watching people dance or sing. For me, an hour is in the ‘goldilocks’ zone, so when I was pushed back out on to the streets of a late summer evening in London, it was feeling energised rather than enervated.

Chavez’s performance was a polyglot’s delight. The narrative was done in Spanish and the singing in French. To anyone whose trying to learn these languages watching the show would be a really fun way of putting your study to the test.

Of course Chavez’s performance as Carmen was embellished with typical gypsy dress, reds, whites and blacks flailing and tailing. Castanets were produced, there was a display of fans, a dance with a shawl and an attempt, if I may be so rude to say so, at some kind of gypsy tap dancing. I’m not sure Chavez has really perfected these elements of her performance, but I can’t say I really minded. In many ways attending theatre, at a scale as small as The Cervantes, is much more of an opportunity to study the art of performance than to expect perfection in it. In being able to study performance one can appreciate from close up quite what a performer has been able to achieve even when there’s more to be achieved, and identifying flaws to a performance brings into relief and therefore allows one to appreciate all the more those things that really work.

And what really stood out, what really made this worth witnessing, was the opportunity to be held transfixed by Chavez’s voice, like a baby looking into the eyes of its mother. I have been to bigger operas, and probably with better singers, but it wasn’t as enjoyable as this. This was a secret opportunity to get up close, a secret buried away in the Cervantes Theatre and because it was a secret it was a treat.

Chavez will, in future performances, be exchanging Spanish for English. I do wonder what kind of English she will be attempting. A stereotypical version of English with an Hispanic accent would fit the stereotypical Carmen well. Whilst an attempt at say Estuary English or broad Glaswegian would be highly original and I expect highly unlikely.

Chavez will be playing Carmen- Fire and Fate at 7.30pm at The Cervantes Theatre, Southwark until Saturday 17th June cervantestheatre.com The first English performance will be on the 15th June.

It will be showing on Thursday 8 June 1.00 pm at All Saints Church, Hove allsaintshove.org/