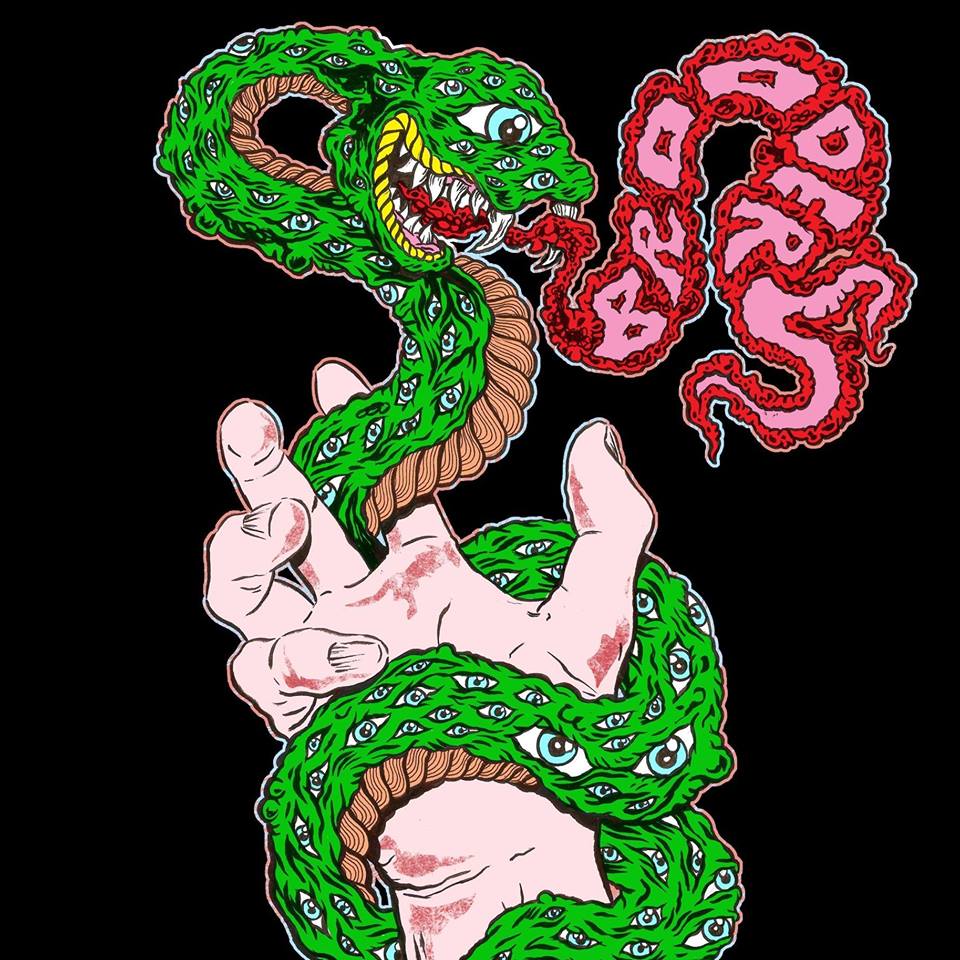 There are few albums which get the privilege of two reviews on Vanguard Online. A week after Ross McGibbon reviewed The Brooders mini-LP, Thomas Jebait Jefferson gives it a second treatment.

The Psych Grunge Leeds based three-man band Brooders release their mini-LP in February. I took some time to get in contact with the band and listen to their second EP that goes by the self named title Brooders LP.

Brooders opens with a drawing of strings in Thrill Killer which shouts itself off the vinyl. Raging lyrics from Adam Bairstow kick off the EP with a heavy bass/drum-line provided by Adam Speare and Liam Naylor. Opening with a such a fetching moody grunge track as tight as Thrill Killer is a good indicator to the sharp minds behind the instruments. Oriental style riffs punched in to the vocal breaks are extremely catchy and perfectly produced.

Demons are released in the second song Cling, which starts off sorrowfully and rides up the gears through to the punchy grunge Brooders are known for. Effortlessly changing pace and tone is no easy feat, something popular music groups like Muse are known for, and it gives this ever changing ballad some real depth. Rock is not the only genre Brooders shoots for, but Adam Bairstow and Liam Naylor really excel this piece with Rock ‘N’ Roll drumming and shredding.

Say Your Prayers is a surprisingly soothing track all things considered, the vocals are tempered and the drum track is more emotionally reliable in comparison. Albeit short, the bassline break midway through sets up a stormy conclusion to a real gem in the album.

Ready for the real deal?

Edging as my favourite track is Haze where Brooders have poured their soul into this psychedelic grunge crock pot: Fabulously mixing a change of pace, tone, noisiness and urgency for you to tune in, Haze is quintessential Brooders. Arguably the best track for live performance, Haze is certainly the one to keep eyes on the young trio in Leeds.

Garnishing the vast offerings of Brooders is Blue Eyed Prince, a soothingly aesthetic piece that utilises a more acoustic variation of their rebellious tale. Giving the audience something more acute to listen to is an important side of music making many groups do not attempt let alone embrace like Brooders have here.

Outdoing the rest of the mini-LP as the most daunting track, Melancholy is a beautifully honest mixed bag of ambience and rock. The five minute melody could backdrop an entire montage of character progression in a movie where the character would inevitably lose control of their psyche – it is of that good a quality. Seriously impressive.

Mini-LP or not, the collection of songs available here span a wide range of styles and techniques which speaks volumes about the music producing qualities of Brooders. Available for pre-order on Itunes currently and on other platforms shortly in the future, Brooders mini-LP is a serious addition to any underground library.

Best of luck to the lads for their future, I’ll be keeping my ear close to the ground.