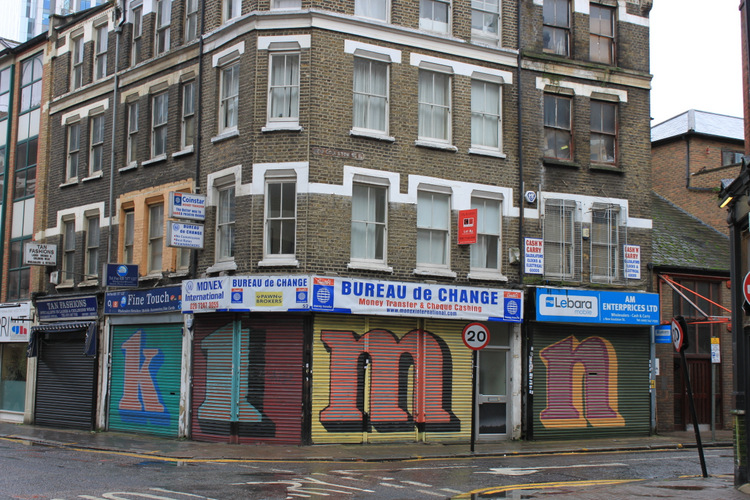 Ben Eine started painting letters on shop fronts in Shoreditch and Spitalfields in 2008. Eine had started out life as a graffiti artist, his aim being to put his name in as many different places as possible. His shutter pieces started after he had gone out one night intending to write his name on a shop’s shutters. He opted not to put all the letters on one shutter, instead preferring to paint one letter a night on a row of four shutters. The first six letters that Eine put on shutters he didn’t ask the shop owners for. However he said, ‘Once I’d done about six and had photographs of them, then I could approach the shop owners and say, “I’m an artist, this is what I’m doing, can I do yours?” Invariably they say yes and invariably they say, “My shop’s called Ruby Handbags, can you paint an R and H’?” Towards the end I was desperate and I think the last letter was an ‘O’.’