This was fun! The sort of DIY thing that happens more often than I expect in Bradford. A still working German church, pews stacked with German language bibles and hymnals, an uncrowded gathering of noise enthusiasts and a large stack of Saltaire pale ale bottles.

It was a wet and dismal night, walking across the deserted and grim streets of Bradford city centre, pound shops and mobile phone repairers but there was a warm and friendly welcome for everyone – Za’s drummer could be seen rocking, grinning and waving by the side of the three other bands. Three, yes three bands. That is my sole criticism – I’d have turned the night into two nights and had twice as long. Za! had three quarters of an hour and the mighty Nope!, a mere thirty minutes. Surprise of the evening, F.A.L.C.O., made a huge impression in fifteen minutes.

F.A.L.C.O.’s microset was awesome. Punk / post-punk from a tight three piece fronted by a skinny woman in a beret, belting out utopian (and why not?) socialist propaganda (top song title – “The Right Not To Work”). Her bass led the show with deep chunky beats and saw Za! bopping energetically. One to watch.

They followed the “Bradford Scratch Orchestra” aka improv from an assembly of like-minded people. Intriguing stuff, but made the evening over-packed.

Nope! were the reason I had gone to the gig. A Leeds / Bradford supergroup made up of the guitarist from That Fucking Tank, the drummers from Hookworms and Mucky Sailor and Pat Dowson of Monty Casino; they produce West Yorkshire Krautrock. The heart of the beast is the double-drummer machine that pounds everything along. Atop this is Andy with his strange guitar with two necks. From fast and furious to the merely intense, early New Order were apparent in influence on the first track but so are other doyens of the alternative scene and a Nope! gig is rare enough to be always worth the journey. The crowd bust a sweat and applause is loud as they finish a tiny thirty minute set.

Headliners, Za!, are no surprise after their recent album. Opening by appearing in the crowd, drumming on anything around, they inhale Yorkshire fug and exhale energy. The drummer grins and whacks famously, while trumpet / guitar / bass keys / synth and effects man throws the kitchen sink in. “This is a serious concert. No-one has to laugh”, opines the drummer, “we have done ethnological research on this one”. A Spanish duo, their English is way better than my Spanish and the winking sense of fun shines through. The live set is, naturally, less complex and frothy than the album but full of intensity and humour. Listening to and watching a band making music that breaks some boundaries whilst having a stack of smiles is an exhilarating experience. 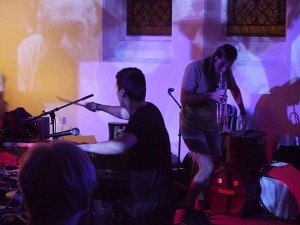 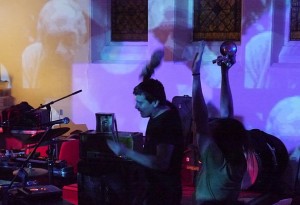 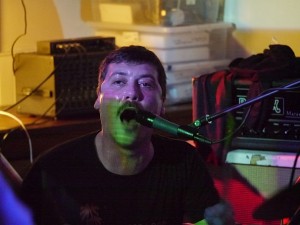 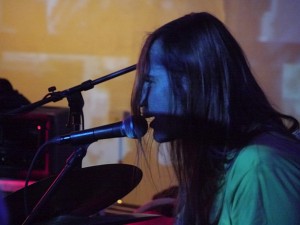 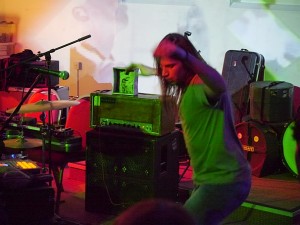 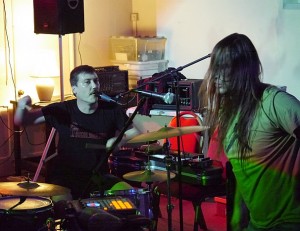 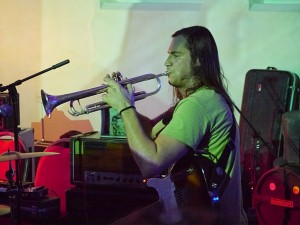 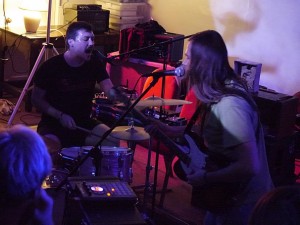 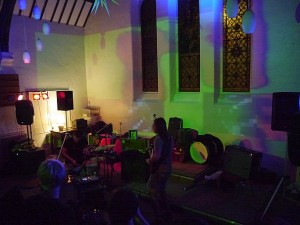