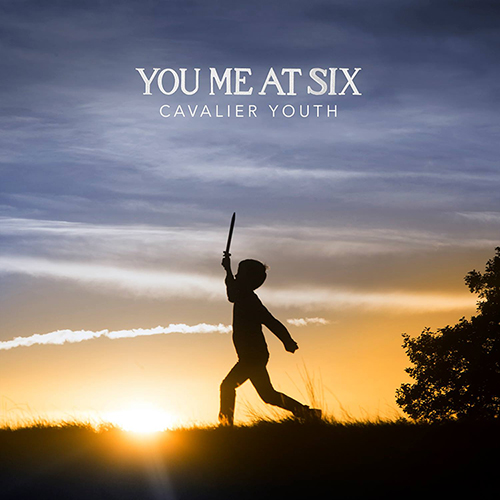 You Me At Six have grown and matured as a band tremendously over the past couple of years off the back of 2011’s ‘Sinners Never Sleep,’ but ‘Cavalier Youth’ is the defining point of You Me At Six; a band looking to find their sound, and succeeding.

The opening track ‘Too Young To Feel This Old’ is a track that represents the story of the album from start to finish. Guitar feedback bleeds into the opening riff and Josh Franceschi cries out “we’re not young anymore, what are you so scared of?” It’s clear the band feel they have grown as both musicians and people, and they are certainly ready to prove it.

Single ‘Lived A Lie,’ and follow up ‘Fresh Start Fever’ are clear indicators that the band have developed, with the exaggerated verses and bouncy choruses that are worthy to fill out arenas alone. Yet still the rest of the album is equally as good if not better than the lead single ‘Lived A Lie,’ which Josh Franceschi describes as the “benchmark” track of the album.

‘Forgive and Forget’ provides something different for a You Me At Six song with its slowed down chorus and the progressive beat of drums throughout, which Dan Flint carries the song with from start to finish.

‘Room to Breath’ is another of the bands heavier edgier songs with an impressive vocal performance from Franceschi, who has a lot to thank of producer Neal Avron for (who has worked with the likes of All Time Low, Fall Out Boy, and Linkin Park) for piecing the album together perfectly.

However it falls to ‘Hope For The Best’ and ‘Love Me Like You Used To’ for being the stand out songs on Cavalier Youth, with their big energetic sing along choruses, they are sure to go down a treat at the live shows coming up on the UK tour this March.

You Me At Six may have been perceived in the past as a band that are a small hand full of radio hit singles, but Cavalier Youth takes it to the next level as no song lacks a powerful catchy chorus, making it worthy of being an early contender for the rock album of the year.

Keep a keen eye on You Me At Six this year, they will take it by storm.

Cavalier Youth is released on January 27th via BMG.

Catch You Me At Six on tour in support of ‘Cavalier Youth’ in the UK: