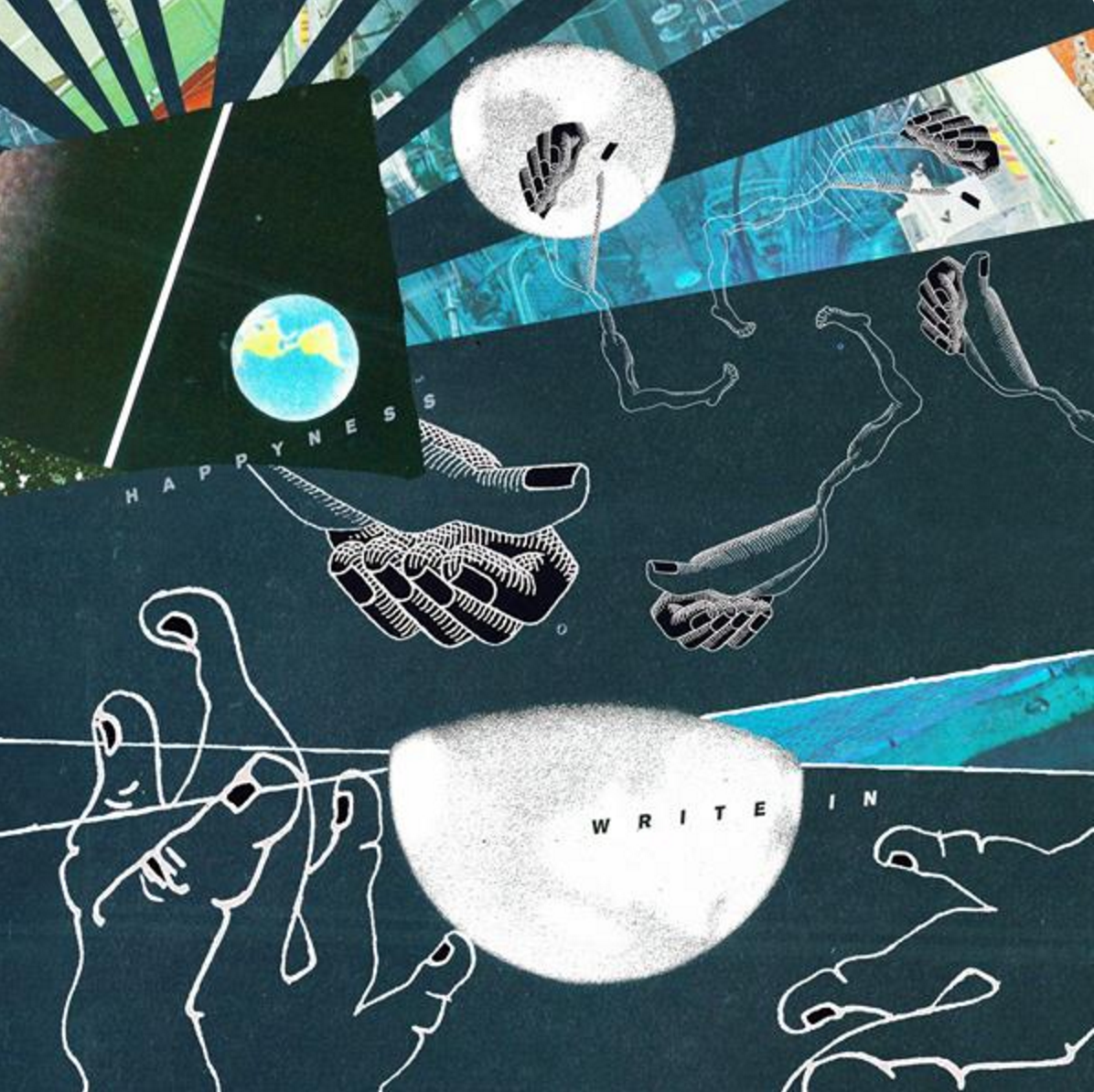 Write In by Happyness is an homage to Scottish indie music in the early 90s. Happyness clearly draw on Teenage Fan Club, Primal Scream and Jesus n Mary Chain in that order. There’s also a bit of My Bloody Valentine. As indie-trance Write In has definitely got enough quality to be worthy of a bit of Radio 6 airplay. Its pleasant music, warm. Its music to have a bath to, maybe make love to. But despite its warmth it is insipid. It might draw on Scotland’s finest but its the bread and butter of all of those bands, and none of their jam. This is most clear when comparing and contrasting the vocals of Happyness with the vocals of the singers of the bands they appear to pay homage to. Bobbie Gillespie for example, in his heyday, invited you into a world of experimentation and dropping out. Jim Reid sounded like a misanthropic co-dependent with alcohol problems. Both, incidentally, in their music, came across as self-infatuated, which is what made them adorable to many and interesting to others. Jonny Allan and Benji Compston both have a go at lead vocals for Happyness, and neither have anything to say. Don’t get me wrong, both sound like nice blokes. In this way, I suppose they are like Norman Blake from Teenage Fanclub, whose singing and music can quite often drift off into nice and boring. Blake though has made an art form out of an earnest modernist search for love and the melancholy that results. In contrast Allen and Compston lack so much purpose you wonder if the only reason they are singing is because they understand that’s what’s supposed to happen in a band. Don’t get me wrong, they have nice voices, and as instruments, their voices lend another layer to their fuzzy music sound. However any attempt I made, emotionally or intellectually, to engage with the lyrics prompted some part of my brain to shut down. Mind you, I thought this about The Auteurs, who were regarded as the vanguard of the alternative indie scene in the early 1990s, and said by Brett of Suede to have been the best band around. But anyway, the point is that whilst Write In is pleasant music, warm music, music to have a bath too,  its also music to loose consciousness too. In this way Happyness are like many other bands, like new Scottish start-ups Holy-Esque for example (but at least Pat Hynes from Holy-Esque tries).

In recent years there have been a raft of bands which have wanted to go back to the 1990s sound. For example, Undo have, with their single Hollow Hands, fast-tracked a progressive grunge into the twenty-first century.

And a year or so ago Bohica put some grunge out. Bohica’s guitars roll, they grandstand and buzz like Sugar, like Sugar and Bob Mould, they cry out like the Pixies. Lyrically they’re somewhere between Dig and Swervedriver.

I find the idea of bands recreating the 90s indie sound fascinating. I was going to say I don’t remember many bands trying to recreate the sounds of the early 1970s in the 1990s, but then there was the whole ‘new wave of new wave’ thing in the early 90s, that Steve Lamacq spearheaded (incidentally The Auteurs, who were being played by Lamacq at the time, called one of their albums ‘New Wave’ though I don’t think they were the ‘new wave of new wave’ themselves). It’d be worth getting the protagonists of this new retro movement into a focus group to find out why they’re doing it. I did love the early 90s indie scenes, the many different facets of it, probably because I was an adolescent at the time, but it seems pretty pointless trying to recreate it. But then I guess if you’ve unearthed it, been inspired by it and want to resuscitate it, why not? I just can’t see why anyone would want to give a band like that a record deal, but then maybe I’m forgetting that music should be a form of expression, something you love, and who gives a hoot what anyone thinks.