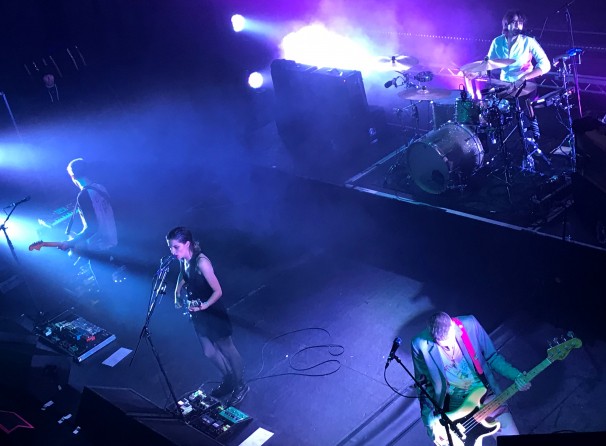 Dublin’s Victorian style Olympia Theatre has hosted a number of iconic music and stage personalities throughout the years, from Charlie Chaplin to David Bowie and Radiohead. Black and white portraits adorn its ornate corridors, and with this gig Wolf Alice earn their place among the lot. A favorite venue of the band from early in their career – featuring prominently in their recent collaboration with British filmmaker Michael Winterbottom – Wolf Alice return two months after the release of their triumphant sophomore album, to a deservingly sold out crowd.

Taking wordlessly to the stage, the band launch straight into album opener ‘Heavenward’. A bittersweet ode to lost loved ones, the purity of Ellie’s vocal soar above shoegazing guitars “go heavenward, like all earth angels should”. Stood between two intricate pedal boards, guitarist Joff embraces the often much maligned concept of the guitar solo, here creating an emotive, experimental melody that proves oddly – but wonderfully – reminiscent of a saxophone. The crowd are sure to voice their approval.

Bassist Theo hypes the crowd, galvanizing them for riotous two-minute punk anthem ‘Yuk Foo’. Mere minutes into their set Wolf Alice are highlighting the diversity of their skillset, Ellie’s delivery visceral and raw, all theatrical screams and cutting lyrics “you bore me to death, well deplore me, no I don’t give a shit!”. From sweet serenades to mosh-inducing monster riffs, this versatility proves a common theme for the night. Whether you want to sing, dance, scream or cry; Wolf Alice are primed and ready to deliver.

‘You’re a Germ’’s understated intro highlights the crowds fervour, singing along with startling resonance. This doesn’t go unnoticed, Ellie smiling in recognition; “Dublin we are so glad to be back in your beautiful Olympia Theatre”. A quick survey of the crowd itself proves Wolf Alice’s appeal is as broad as their discography might suggest. From glitter clad teens in Santa hats – it’s not yet December but mere hours later Wolf Alice themselves release a festive cover of “Santa Baby” – to middle aged metalheads, it is obvious that in this dearth of guitar music Wolf Alice are providing a unique but accessible alternative.

Bathed in the colours of its namesake, the band offer a moment of reflection in ‘St. Purple & Green’, a deeply personal track honouring Ellie’s late grandmother. Appropriately celestial, Ellie’s vocals take on a distinctly otherworldly quality, harmony and signature vocoder abound. Synthpop anthem ‘Don’t Delete The Kisses’ then offers a change in stage dynamic, being the only song of the night that allows Ellie to fully abandon her duties on guitar. Optimistically championing young love in a diaristic style of spoken word, Ellie skips playfully about the stage, a sly smile here and a raised eyebrow there, while the crowd are bathed in starry light from a giant rotating disco ball. Endearing and self-deprecating; Wolf Alice carefully sidestep saccharine cliché.

‘Beautifully Unconventional’ and ‘Bros‘ are touching tributes to female friendship, recognising the importance of platonic love and sisterhood. The latter evokes a rapturous (and joyous) singalong, with bassist Theo smiling widely, incredulously, whilst silently miming along. There is no staleness to older tracks like ‘Silk’. It’s eerie intro and synth combined with Outkast-inspired backing vocals – provided by drummer Joel – offer a well-timed contrast to more up-tempo, guitar driven takes from ‘Visions of a Life’. The title track itself is a true testament to the musicianship of the entire band. Despite it’s unconventional song structure and length (eight minutes) the crowd nevertheless remain fully engaged throughout. Dynamic and thrilling, this heavier cut is well-suited to its live setting, with mosh pits erupting across the floor. This serves as stark contrast to encore track ‘Blush’, where the crowd falls completely (remarkably) quiet and still. Deeply emotive and compelling, Wolf Alice command the stage with sparse but precise instrumentation and affecting vocals, showcasing their ability to fully captivate an audience once more.

As a given; Wolf Alice are accomplished instrumentalists. However Joff and Theo also have a compelling physicality. Joff at one point flings his guitar into the air mid-solo with reckless abandon (to roars of delight from the crowd) while Theo is always eager to engage with fans (at one point flinging his t-shirt into the crowd; again cuing roars of delight). Platformed in front of a misty landscape, drummer Joel is confident and steadfast, a key player and likely underrated, as drummers often are. Ellie’s growth in confidence – both as a vocalist and stage personality – has markedly improved since their last Dublin outing in 2016, and with the entire band commanding each stage they inhabit, fans and critics alike agree that larger, more prestigious stages are on the horizon.

For tonight, they have earned their place on The Olympia’s historic walls. 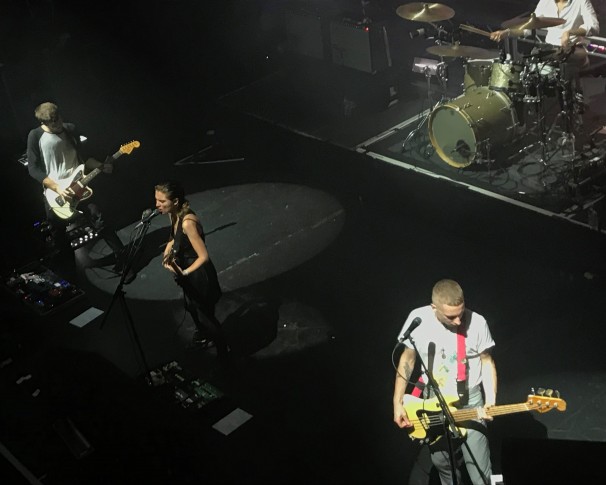 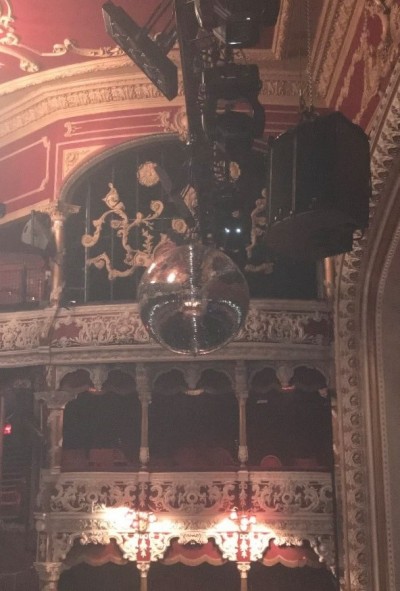