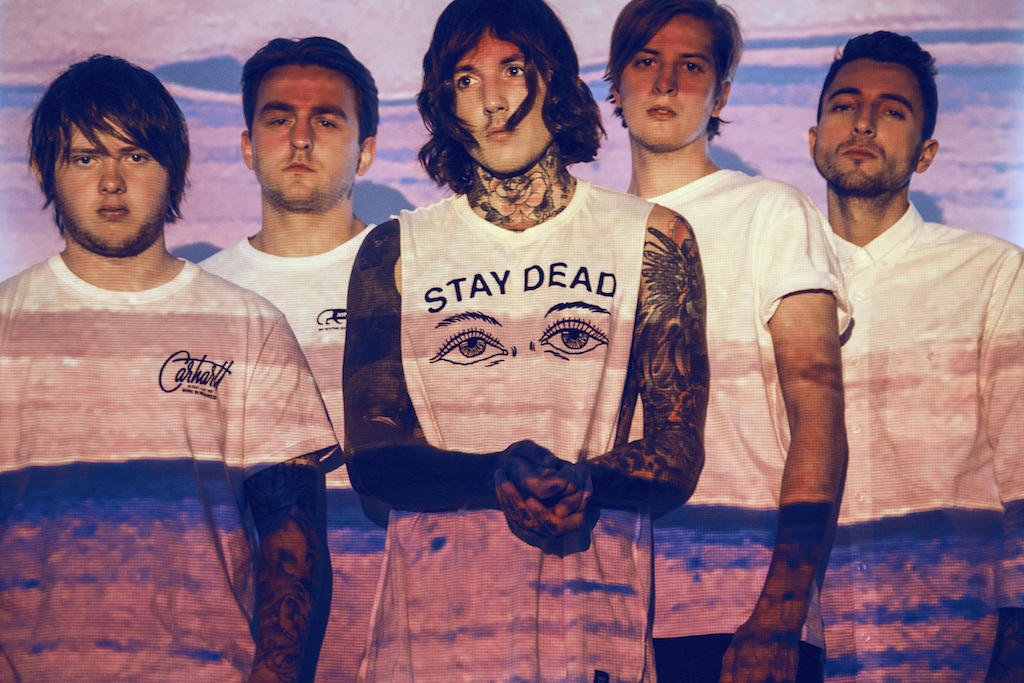 After the barnstorming success of their 2013 release ‘Sempiternal’, it’s safe to say Bring Me The Horizon are back with a bang!

After the release of the first taster track ‘Drown‘ off their new release late in October 2014, it seemed clear that the metal core band from Sheffield were heading in a new direction. Oli Sykes’ trademarked screams were replaced with a more melodic ………. This seems to have set the tone for the two tracks which have been released since then, firstly ‘Happy Song‘ which immediately was thrust to the top of the UK, USA, and Australian rock charts, and more recently ‘Throne‘ which take the band in a clearly more dance orientated direction.

With many fans torn between the old BMTH and the new Linking-Park-esque composition, it’s safe to say the upcoming release of ‘That’s The Spirit‘ due for the 11th September is easily one of the most highly anticipated albums of this year.

Following the success of Sempiternal, then met with an APMA for best album, leading to a sell out headline show at Wembley in December 2014, Bring Me are set to play Reading & Leeds Festivals this year in direct support of Metallica.

The final tracklist for That’s The Spirit has now been released:

That’s The Spirit’ Pre-order links below