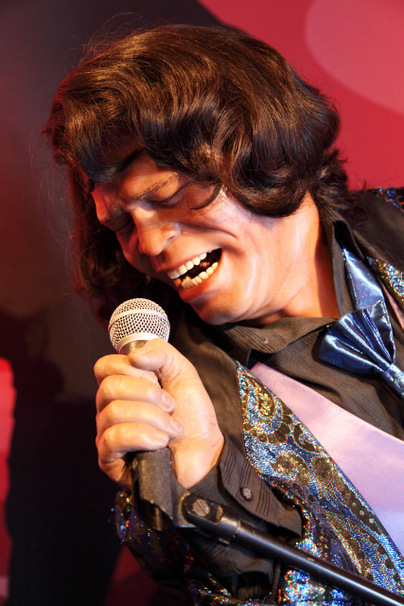 I love soul music. An entire singing style and musical genre based on maximizing the presence of that unnamable-something which makes performers special. How can you not love it? The word “soul” in reference to a performer’s “X-factor” is fairly standard in the West, but every culture has had a word for it. Flamenco practitioners call it aire, Indian classical dancers call it bhava, and psychologists seem to have labeled it “flow”. None of them are quite alike and the same term can take on different meanings, but one of the most fascinating aspects of soul is how hard it is to pinpoint. Soul transcends genre; there are soulful classical musicians, soulful pop singers, and soulless soul singers. I’ve found soul to be the single most important factor when it comes to whether or not I’ll listen to a particular musician. You can write, you can shred, and you can look great doing it—but if you don’t have soul? Best of luck to you! But I’m not interested.

The tricky thing about soul is that it changes very quickly. Soulful artists are imitated; their gestures are reproduced, their nuances duplicated. One decade’s “soul” is another decade’s “standard technique”. On occasion, my friends will attempt to turn me on to a particular artist, knowing that they can pique my curiosity if they tempt me with that trait I so desire in music: “You’ve got to listen to this guy. He’s so soulful.” Well, I can’t pass that up. To Youtube!

And so I listen. I hear soul, alright! Lots of it, too. But it’s Al Green’s soul from 1972. It’s Michael Jackson’s soul from Thriller. It’s James Brown’s soul from any goddamn performance the man ever gave in his entire life, James Brown was a GENIUS. Now, I don’t have any friends who are as rabid for soul music as I am, so I can’t blame them for being so enthusiastic. Besides, Al Green and Rick James were only reproducing the soul of past artists, right? Maybe I should stop being so judgmental and just appreciate what I’ve got in front of me.

Not a chance! Sure, you can make a case for soul being something that is handed down and handed down again—but it’s a lousy case. Like the cheap plywood hardshell with the broken zippers that I (used to) keep my favorite violin in. Soul is not about imitation, it’s more about having the bravery to create or recreate something that we’ve never seen or we don’t remember. If I can look back twenty years and find some soul that is identical to the “soul” of a contemporary artist, I don’t consider the more recent version to be soul at all. But if I have to go back fifty, sixty, a hundred years? Well, now it gets harder to call that the modern artist unoriginal. There’s a good chance I might not know who they’re imitating, if anyone at all. Of course, by this logic, if someone simply looks further back in history for inspiration, they’re more likely to be labeled “soulful” by elitist snobs like me. Awful! Reprehensible! Hear me out.

Most contemporary musical communities don’t command powerful hindsight. Inspiration tends to come from the past twenty years or so, with roots being traced back to rock, blues, and the like (go back far enough and you can trace much of it to African pentatonic vocal traditions)… Most of what we hear on the radio could be considered quite homogenous, especially if we occasionally listen to particularly “weird” stuff. The harder one looks for inspiration, the more one has to go against the grain of a musical community. Even when a particular scene prides itself on drawing inspiration from old or strange music, it usually draws from a limited pool of artists or styles. Today’s Baroque specialists obviously draw considerable inspiration from Handel and Vivaldi, but that’s not soul. When a Baroque violinist opts to inject just the slightest hint of Stuff Smith’s swingin’ jazz fiddle into one innocuous little passage—eureka! Welcome to Soul Country, population nineteen-seventy-fine. Soul is about deviating from the norm and being ready to face the consequences. Soul is about taking a chance and giving stuck up tryhards like me the opportunity to spit in your face and call you a poser. “Jane Doe’s freshman album universally panned by critics as ‘an insult to Baroque violin.’ Haydn rolls over in grave.” Ouch! That’s the cost of soul, Jane. Next time skip conservatory and go right for the R&B labels.

Soul is about putting what you love into what you perform—not what you’re supposed to love, but what you can’t help but love. Bonus points if you’re not supposed to love it. Soul isn’t so much about innovations as it is risky permutations. Maybe, just maybe, if you’re lucky and talented, someone will hear that unconventional attack or bizarre timbre. Immediately, they wince. What the heck was that? Is this not Baroque music? That was, ugh, it was… interesting. It hurt good. Does she do anything like that on track two, I wonder?

A soulful musician is not one who can sing just like a soul singer. A soulful musician is a rebel, someone who is ready to check her fear at the key signature and stomp up to that stage without the comforting lead sheet of mainstream convention. You won’t always know it when you see it, I certainly don’t. I’ve got a trick that helps me identify it, though—words of wisdom from a leathery old jazz guitarist. “Never be afraid of what you like.” See, I’ve got this nagging voice in my head that urges me to maintain classical traditions. It’s helpful most of the time: “The indication is cantabile, not vivace. Idiot.” “Nice spiccato there. All the grace of a Morse code conversation between potassium-deficient monkeys.” “You call that tremolo? More like tremoLOL.” The voice echoes my former teachers, plus an unhealthy dose of self-deprecation. It keeps me sharp and protects me from being called a lousy musician. It has its drawbacks, though—it can make me reject that tiny piece of myself that likes Jane Doe’s quirky bowing style, simply because she violated convention. What I’m saying is: don’t let your preconceptions prevent you from appreciating something new or different. Like Duke Ellington said, “If it sounds good, it IS good.”

I might not enjoy every shred of soul I hear, but I like to believe that I usually know it when I hear it. Like the soulful performer, the soulful listener has to be willing to put herself in a vulnerable position. It takes confidence, open-mindedness, and a little bit of sexiness too. I can personally guarantee that if you take the time to be a more soulful listener, you will successfully pass on your genes with an attractive mate. And isn’t that what it’s all about?*