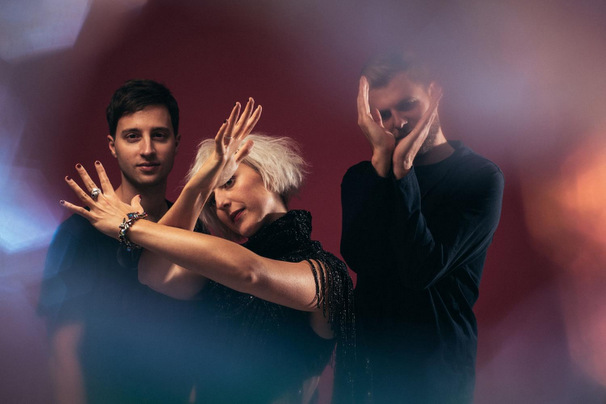 British, Electronica band ‘Vaults’ are embarking on a UK tour to promote their debut Album ‘Caught in Still Life.’ The trio will be performing to a sold out audience at the Deaf Insitute, Manchester, on the 6th of February 2017.

Recently, the band captivated the nation with their cover of Randy Crawford’s ‘One day I’ll fly away’ which featured on the 2016 John Lewis christmas advert. Vaults have rose to fame, no doubt helped by an appearance on 2014’s ‘Fifty Shades of Grey’ soundtrack, and a collobaration with Gorgon City on their 2016 dance hit, ‘All four Walls’. Vaults offer a style of music that is described as “epic” and “euphoric” by leading lady, Blythe Pepino. The first track, ‘Cry no More’, from their debut album, received 100,000 plays in its first week of release onto Soundcloud.

Throughout the past few weeks, the band have teased big surprises for audiences on the tour, including reworked live versions of album tracks and a very, very big drum. Often, the band have expressed how they wish to provide surprises and create interesting moments for their audiences.

The Deaf institute should be looking forward to a very interesting night, full of surprises and fun, along with the slick, electornic sounds of Vaults as they take to the stage.