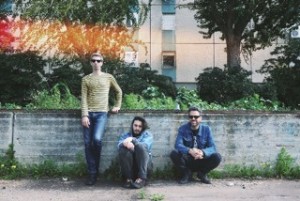 So yeah, Israel has a rock scene. Why wouldn’t it? Admittedly, shoegaze isn’t the first thing that comes to mind when you think of the country. Overdriven effects pedals, pummelling drums, cacophonous levels of noise; you can see how the genre fits the surroundings of the band’s environment. And yeah, the songs are sung in Hebrew.

‘Hadavar Haamiti’ (meaning ‘The Real Thing’) is the first track from Vaadat Charigim’s sophomore album ‘Sinking As A Stone’, due out in the UK later in the year. The language ‘barrier’ is irrelevant here, the band doing a good enough job of conveying the emotion they wish to express. And no one is complaining about Sigur Ros not singing in English. Or they might be, I don’t know. In the Twitter age, everyone complains about something. Anyway….

Check them out if you like Ride, 93Million Miles From The Sun and maybe just a sprinkling of Mogwai.

‘Sinking As A Stone’ is due out September 25th through Burger/Anova records.