I’ve been a fan of The Unthanks since I came across their wonderfully bitter-sweet Monday Morning – about the melancholy of the quotidian Monday morning bus to work after the allotted two days of freedom a wage-slave gets. Rich with theatrically spacious arrangements and wonderful flat North-Eastern vowels, there is a sense of authenticity to what they do, despite the sound being modern. Sounds like the drone of Magpie, from this new album, could be linked to tradition or contemporary sonic explorers. There’s no doubt that the lyric is from the folk tradition and delves into the semiotics of that symbolic bird with a straight-forwardness that rings true.

There are plenty of traditional songs here but no painful historical “accuracy” and they are often added to and adapted. They’re not afraid to take their time, either, Mount The Air starts with one verse of a traditional song then extends into a ten minute hymn to the assurance that comes with feeling loved. They have very good taste in traditional songs and tracks like Flutter, self-written, are left a close second-best to the adaptations and extensions of older tunes. Foundling is written by one of the band but is a fully-researched historical story from the time of “Handel and Hogarth”, creating another ten minute extended exploration, this time of mother and child, one giving the other to the Foundling Hospital. Last Lullaby, a blend of traditional and band-written songs, wraps up Golden Slumbers and others into an intertwined nest, ending on a ringing piano chord.

Instrumentation is broad and full of feeling. The album opens with a muted trumpet, ala Miles Davis and progresses with a chamber orchestra blended with rock and folk instruments; the whole is textured and warm. Instruments take their time and weave around each other as modern touches blend seamlessly, like the breakbeat drumming on Flutter. The voices, as mentioned, are a highlight, Rachel and Becky Unthank lead with very “real” expression, bringing songs like Madam into a timeless space where the age of the song is immaterial; after all, what’s to date about a song about desire? The Unthanks add a pleasant tune and keening trumpet to one of Charles Causley’s many very English poems in Hawthorn, before the gently bouncy Appalachian The Poor Stranger. Closer, Waiting is beautifully filmic, evoking a very real set of images – listen yourself and see.

The Unthanks, steeped in a special melancholy and thoughtfulness, conjure up a very real, very English atmosphere that really should be experienced. 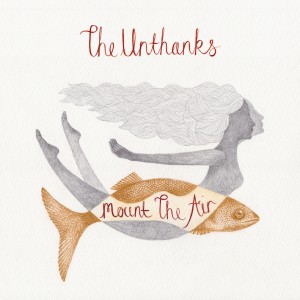