Twin Atlantic announce tour of the UK this October and November in support of their new album.

The Scottish band will play 11 dates, beginning in Aberdeen on October 23 and finishing in Cambridge on November 6.

Tickets for the shows will go on sale at 9am on Friday (August 8) and be priced £16.50 in London, Glasgow and Aberdeen and £15 everywhere else.

The band are also set to perform at this month’s Reading & Leeds Festival (August 22-24). 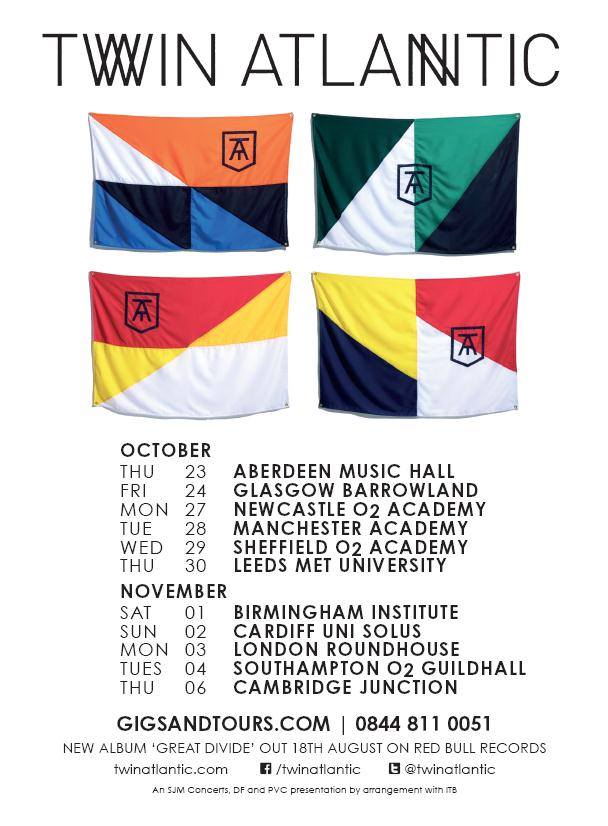