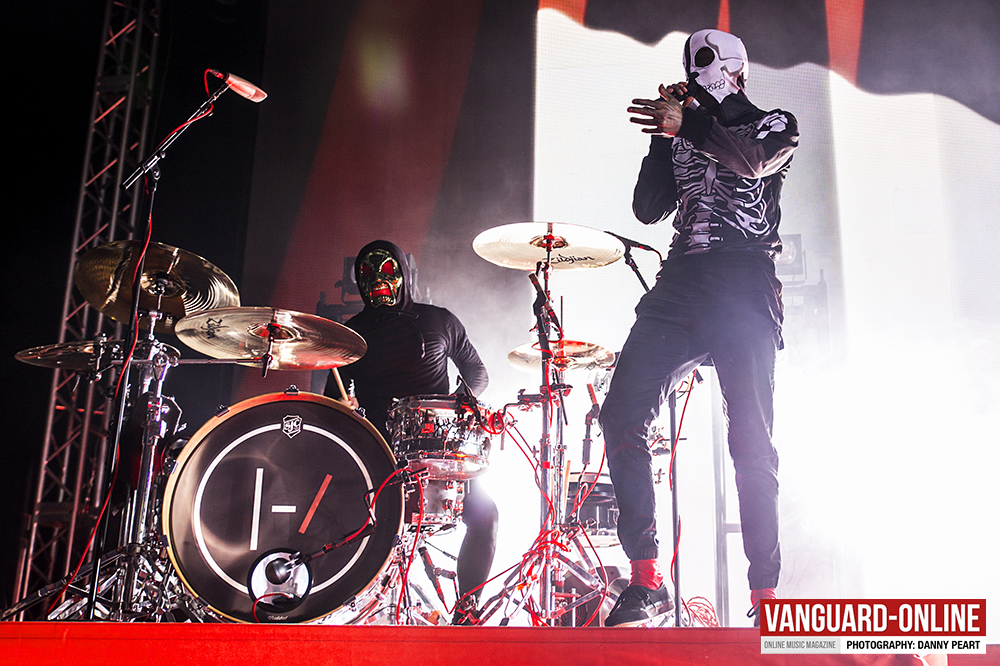 It’s not the usual kind of night at the Leeds O2 academy tonight. Younger fans and teenagers fill the majority of the stage floor wearing red, white and black clothing, some even with masks of red and black make up painted over their eyes and neck, just like their two heroes who will be gracing the stage any moment now.

And when they do, Twenty One Pilots (9) fly onto the stage with a running landing to the delight of sold out Leeds academy. The dark stage suddenly glows red and white, and a flashing red microphone slowly hovers down from the roof to a platform, which frontman Tyler Joseph suddenly appears to greet it dressed head to toe like a skeleton to kick off the night with the infectious ‘Heavydirtysoul’.

The hit single ‘Stressed Out’ that has been unavoidable in the UK the past couple of months is thrown straight into the mix and doesn’t disappoint! The front man glides around the stage hopping on to his platform next to drummer Josh Dun, who seems to have a box of masks he keeps changing for each song, this time looking like an alien sat at his shimmering drum kit. 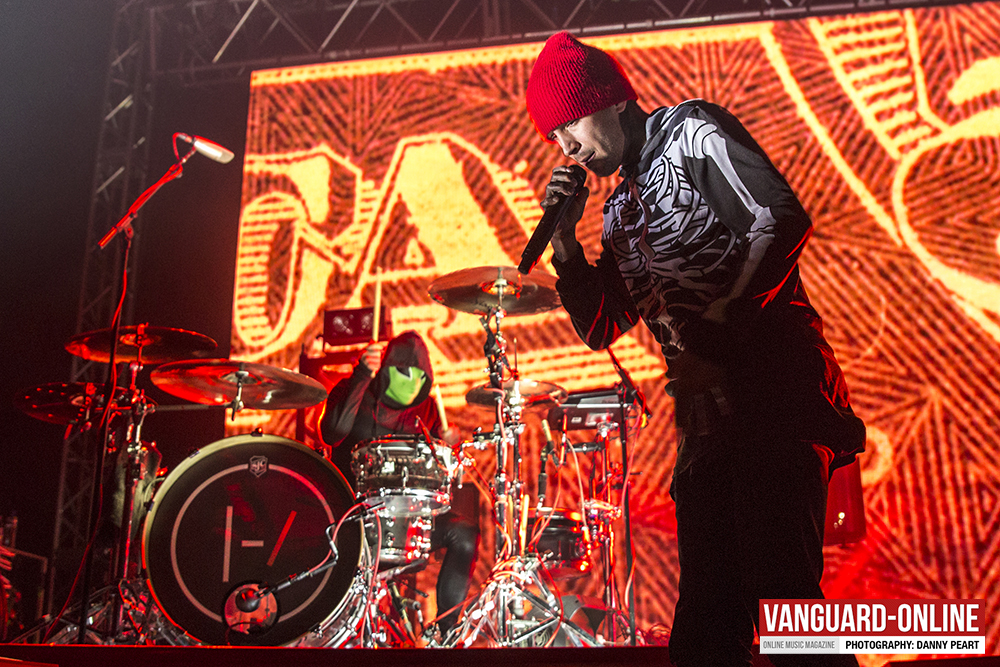 The frontman removes his mask to almighty cheers and from here on we have ourselves an incredible hour of live music and entertainment on our hands. The duo tightly guide their way through a set list of a crowd-pleasing mix of unique alternative songs unlike anything we’ve heard before.

The frontman proves he’s worth an entire band as he keeps returning to the front of the stage with a new instrument. From a Ukulele for the cheery ‘House Of Gold’, to a bass guitar for the brilliant ‘Polarize’, he boasts his skills like it’s a talent show.

Although it’s a fantastic show, it’s not one that your always on your feet for, the Ohio Duo have an arsenal of easy listening well structured songs, which is easy to get lost in and forget to get involved, like the start of ‘Lane Boy’ For example. But then out of nowhere, completely unpredictably, we’re hit straight in the face with an explosion of Co2 cannons blasting the atmosphere to a bouncing pit of excitement! 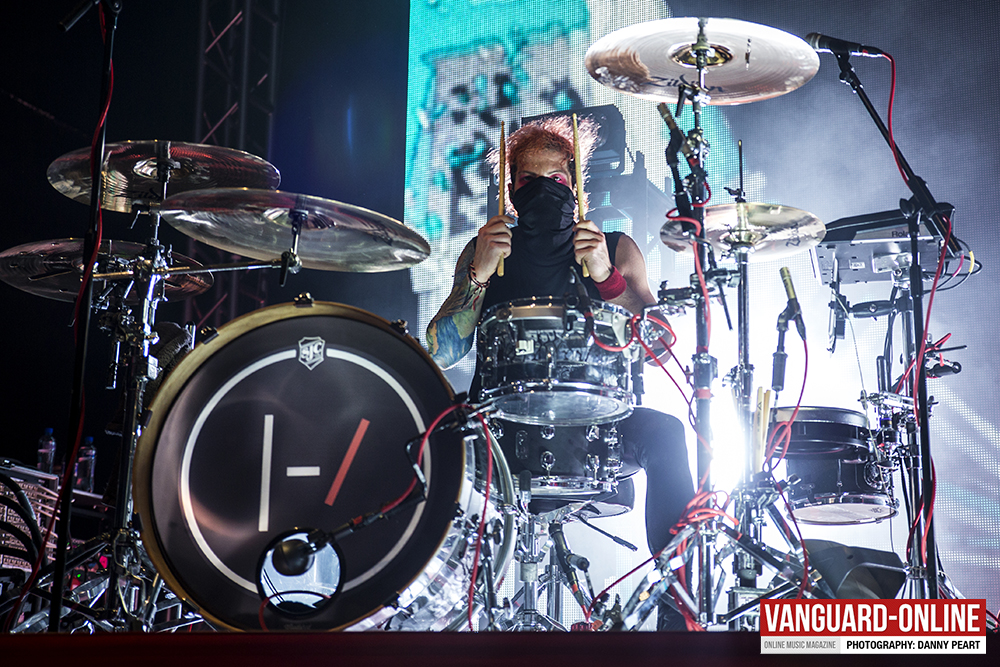 ‘Doubt’ brings things back to normal, until drummer Josh Dun climbs on top of the crowd for ‘Ride, who hold a platform with a second drum kit propped up on it. He thrashes out the end of the song on his makeshift drum kit raft, floating on the sea of dedicated TOP fans literally holding the show together.

The show continues with more costume changes, explosive moments such as Tyler flying through the air like a true pilot through blasts of smoke, and even the drummer dropping in a backflip off the piano which gets an electric response.

‘Tear In My Heart’ gets one of the best reactions of the night, and turns into a highlight of the set, with a strong vocal and piano performance from Tyler.

The set (temporarily) closes with ‘Car Radio’, which has the frontman disappearing off the stage and popping upstairs to get up close and personal with the overflowing balcony of TOP fans, who can’t help but try and crack a few selfies with the frontman. 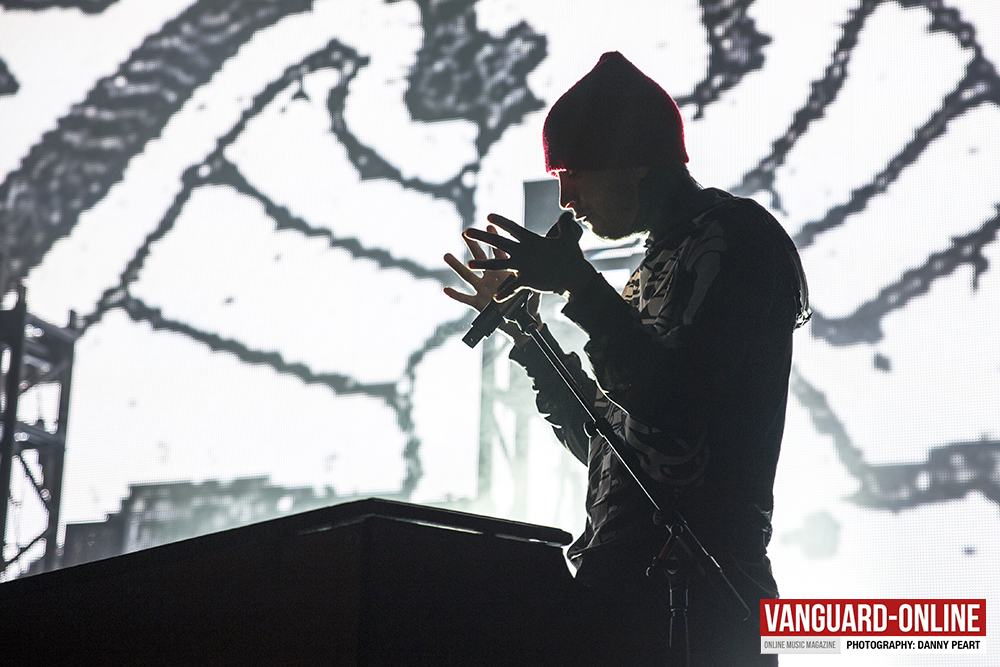 The predictable encore features ‘Goner’ and the fantastic ‘Trees’ which holds an explosive surprise, finding the duo back onto the platforms held up by the crowd, thrashing out the outright on their floating drum kits as red and white confetti rains from the roof, and the Co2 canons blast out one final huge cloud of smoke, which finally clears the room to present Twenty One Pilots back on the stage, arms around each other, bowing to the applauding crowd.

If theirs ever a better way to finish off a show than this, then we need to see it. The lads will be back in Leeds for Reading & Leeds Festival in the summer, and based on tonight’s display, it’s one not to be missed. 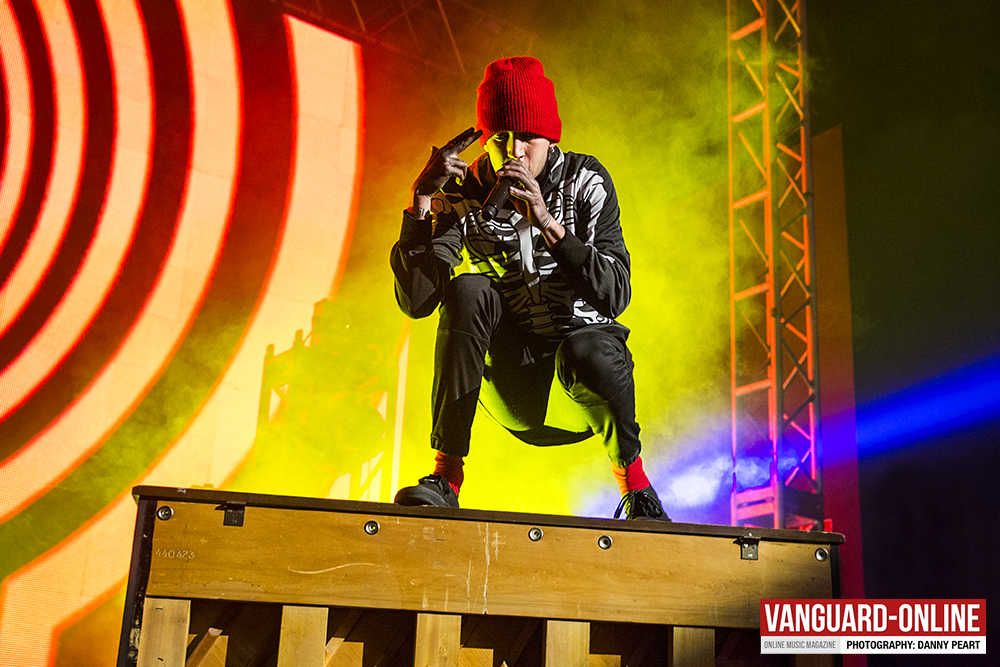