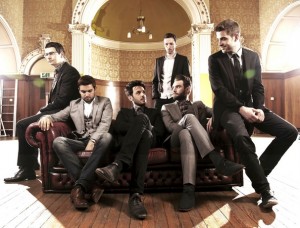 The True North Festival will be taking place in in Aberdeen in the latter part of September. Acts lined up to play include recent Scottish Album of the Year winner Kathryn Jospeh, Ivor Novello Award winner Tom Odell, former Arab Strap singer Aiden Moffatt and Bill Wells and Fatherson, RH Hubbard and Roddy Hart amongst others. The festival will take place at various venues across the city of Aberdeen. I recently caught up with Ben Torrie, Director of Programming for Aberdeen Performing Arts, one of the organising groups behind the festival.

Who’s behind the organisation of this festival?

I’m part of the programming team here at Aberdeen Performing Arts. We have had some help from some freelance people as well so I certainly can’t take all the credit for it.

Scotland isn’t short of music festivals now. What was the thinking behind adding this one to the festival calendar?

We wanted to organise something that would contribute to the cultural life of the city, something that specifically had it’s roots in the city and the North East of Scotland. While there are a lot of festivals on the go, we saw a gap that was inspired by the North East heritage of singer songwriters, going back to fishermen and the fishing songs and farmers with their Bothy ballads right through to contemporary superstars like Annie Lennox and Emeli Sande. We kind of thought that there was something there that was authentic and rooted in the North East. We wanted to organise something that wasn’t parochial or traditional but instead inspired by it and contemporary. 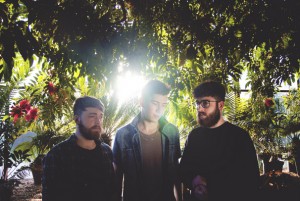 It’s certainly a very Scottish line up but are there any artists participating that are local to the area?

We have Kathryn Joseph playing on the Sunday evening. The Friday night Lemon Tree show that will be headlined by Fatherson has support from a young Aberdeen duo called The 101. We have local acts on the main bill and at some of the other shows that will be taking part in unusual venues throughout the city on the Saturday.

I was going to ask about that. I noticed ‘pop-up’ concerts on the festival programme.

…Will they be playing inside or are they going to pitch up on the street outside?

Well, they’ll be playing inside, that’s the intention anyway. The thinking behind it is so festival goers can go around all the venues quite easily to take in the musicians before going to the Lemon Tree for the late night shows. There will also be things going on at the old bandstand on top of the St Nicholas Centre and at the Castlegate as well. We wanted it to be something that you can’t really avoid if you’re in Aberdeen city centre on the Saturday.

What will be involved in the ‘Songwriters Circle’ events?

The idea behind it is to get three songwriters together on stage, they’ll be chatting, playing their own music, playing bits of each others music, an exploration really into how songs are created. It’ll be something a bit different.

What sort of audience do you think this event will appeal to?

We’re hoping that it’s got quite a wide appeal. We wanted something that appealed to the musos but also something with a wider, popular appeal as well so that the festival gets noticed and has a presence. It’s not a ‘catch all, something for everybody’ festival but if you like live music there will be something that appeals to you.

One of the shows will be taking place in a church?

Yes, The Unthanks and Rachel Sermanni, that will be a brilliant concert. The Unthanks played an amazing gig in Aberdeen 5 or 6 years ago, very memorable.

How did the Neil Young tribute event come about?

We always wanted to do something that was going to a unique event, that would only be happening here in Aberdeen for TrueNorth. It was a group of top quality musicians paying tribute to a legendary artist. One of the people we have been working with is Roddy Hart. It was actually him that came up with the idea of doing something for Neil Young. It just so happened that this year will be Neil’s 70th birthday. We wanted somebody that was an absolute icon as a singer songwriter in his own right. He doesn’t always get the credit or coverage that his work warrants so hopefully this helps shine a spotlight on him. The line up for that show is fantastic. Roddy has organised things like this before, pulling together groups of musicians to explore a theme but it’s the first time he’s done it for one artist.

Do you think TrueNorth will be a one off or do you see it becoming a regular event?

I suppose it depends how successful it is this year but the intention is that it becomes an annual event. We are commited to making sure this event is a success. If it’s something that audiences want and that artists want to be a part of, we’ll do our best to keep it as a fixture on the calendar. 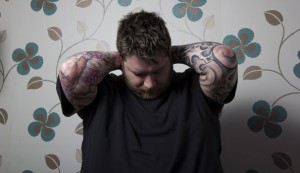 Do you think it will remain focused on folk/singer songwriter type music or stretch out to cover different genres?

Potentially, we haven’t given it a lot of thought to be honest. At the moment, the festival has an identity that we are happy with and we feel it fills a gap that isn’t being catered for. But in this business you never say never!

Who in particular are you looking forward to seeing during the festival?

The Neil Young night will be very special, I’m looking forward to that. Also I’m quite interested to see Tom Odell on the Saturday night. I think he gets a mixed press sometimes but he’s actually very talented and a fantastic performer. We’re really excited about it, we hope that it will bring people into the city. Hopefully the audiences will be excited about it as well. We’ve tried to turn it into more of a festival rather than just a series of gigs as well. There will be food on offer to audiences, things like Scottish tapas, that’s rooted in the are but at the same time quirky and contemporary. Hopefully it’ll be seen as a proper celebration of music and the city.

I think he’s too good looking.

Yeah, that can sometimes count against you!

The True North Festival will take place from Friday 25th of September through until Sunday the 27th of September. The festival timetable, ticket information and more can be found at the APA website.

Also, be sure to check out Roddy Hart’s awesome BBC Radio Scotland show for a flavour of the music you’ll find at the festival.