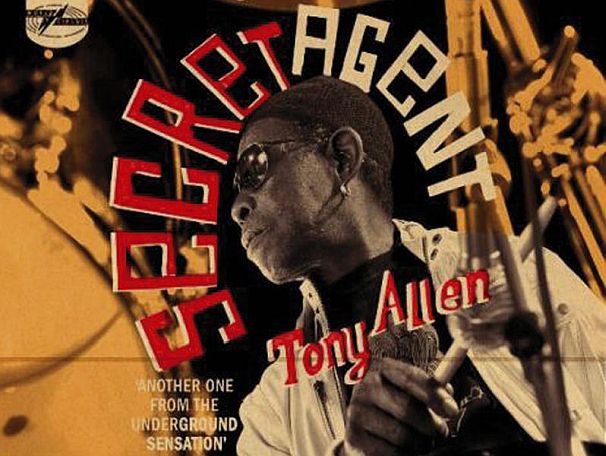 Anything over ten years old is automatically a ‘classic’ and Tony Allen’s Secret Agent is no exception. Except it isn’t a classic, it’s merely good by his standards, or ‘very good’ by anyone else’s standards. Released when Allen was 71, this is another rolling afrobeat album, funking along on THAT beat, driven by horns. Flanged waka-waka guitar features, as does plenty of short, mobile guitar figures and jiving piano. Some sweet lyrical guitar phrasings tug nicely on the ears as well.

He was, of course, a drumming legend and Fela Kuti’s career can be measured from the point he brought Tony Allen on board. Outside that 15-year window, Allen not only forged a solo career but was in demand for work with Damon Albarn, Charlotte Gainsbourg, Sebastien Tellier, Grace Jones, etc etc. That is thanks to him being unable to make a bad album or work on a tune without making it his. Everything will, at the very least, groove and funk like a mother kisser. And that is what this does – rolls, dips, boogies through a range of tunes from the jiving fast to the tense and slow; the jazzy to the poppy. Some songs are in English, some not, some about the state of the world, some about the state of the heart – whatever the shape of the song your pulse, head and feet move to that magnificent drum beat.

This is being remixed and put out on heavyweight vinyl and chopping it into twenty-minute slabs makes for increased focus and attention, which is good, because this is never background music, however important the groove is. Whether digital or on black spinning plastic, the African beat continues to be transmuted into dancing gold. As his backing chorus sings; “celebrate your everyday life”.